You are here: Home / The Tube / The Tube: Ten Interesting Facts About the Central Line on the London Underground 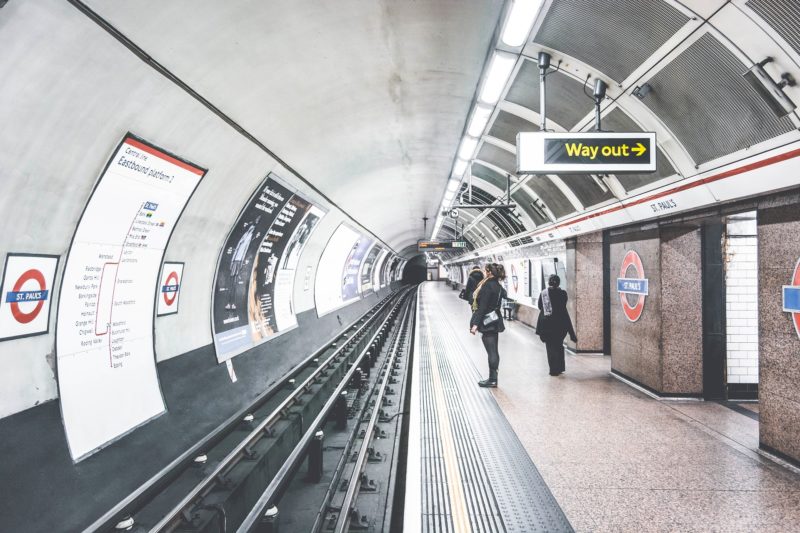 The Central Line has the most stations without a building above ground.  These stations include Bank, Bethnal Green, Chancery Lane, Gants Hill, and Notting Hill Gate.

It’s not an exaggeration to say that the Central Line is one of the most important in the London Underground network.  It is the longest line in the Underground at 46 miles, which is just three miles short of the distance between Leeds and Manchester.  The line also reported a total number of nearly 261 million passengers between 2016 and 2017.

I Ain’t ‘Fraid of No Ghosts

London is a city that has its share of spectres and spirits, and that extends to the Underground as well.  Liverpool Street Station was built over the site of the infamous Bethlehem Hospital, a mental institution that coined the word “Bedlam”.  In 2015, thousands of skeletons were found during construction for the Crossrail line, the remnants of a burial pit created for victims of the Black Death.  The former British Museum station is also believed to be haunted by the ghost of a mummy.

The Central Line’s busiest station is Oxford Circus, which saw nearly 85 million passengers during 2016 and 2017 due to its proximity to busy Oxford Street (the shipping district).  By contrast, Roding sees maybe 250,000 passengers in a single year.

Prior to World War II, stations began an upgrade, lengthened to allow for eight-car trains.  However, the war effort ceased the construction, and some new tenants moved into unused tunnels between Leytonstone and Newberry Park.  The Pressley Company used the vacant tunnels as a factory to construct aircraft parts, employing some 2,000 people for the duration of the war.

Would you believe that the nickname “The Tube” didn’t originate as a term for the whole of the Underground?  It actually started as a nickname for the Central Line.  Back when the line started in 1900, the line had a flat fare of two pennies, earning it the nickname “The Two-Penny Tube”, which was later shortened to simply “The Tube”.

In 1909, Harry Gordon Selfridge attempted to make a major push to have the Bond Street station named changed to “Selfridges” as a way to promote his store.  Naturally, he was turned down.  The store made another push in the 1930s to have its own subway connecting the station and the store but was refused yet again.

In 2001, the Central Line attempted to freshen up its stations by pumping ascent known as “Madeline” through the vents.  However, after a single day of use, the Underground cancelled using the scent as passengers complained of feeling ill.

Greenford station was home to the Underground’s last wooden escalator, which was removed in 2015.  Most of the wooden escalators were removed after a fire at King’s Cross station caused by a lit cigarette dropping into the escalator killed 31 people.

Suicides on the Central Line from people jumping in front of trains caused the Underground to install suicide pits beneath the tracks in 1926.