You are here: Home / Travel / Attractions / London Places: 10 Facts and Figures About Piccadilly Circus in London That You Probably Didn’t Know 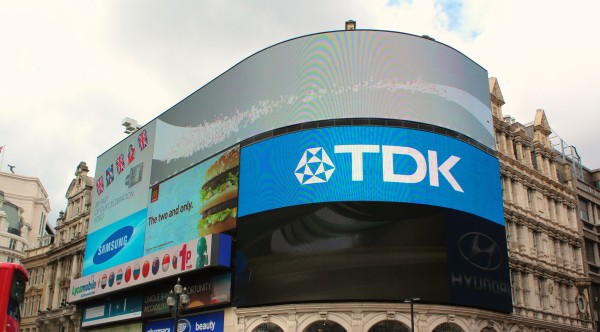 Piccadilly Circus has to be the most famous road intersections in the world. It’s iconic for several reasons – the unique architecture surrounding it, the iconic advertisements that adorn the buildings, the statue of Eros in the middle. It’s a place that’s known all over the world.

And while it’s a challenging intersection to navigate on foot – and in a car – tourists flock there year in and year out to have their picture taken there.

Here are some interesting bits of information about the intersection that we dug up that many people may not know.

The Statue to Eros is not Actually Eros

The monument is topped by Alfred Gilbert’s winged nude statue originally intended to be the Greek god Anteros, sometimes referred to as The Angel of Christian Charity but generally known as his brother, Eros. While the statue is generally believed to depict Eros, it was created as an image of his twin brother, Anteros. The sculptor Alfred Gilbert had already sculpted a statue of Anteros and, when commissioned for the Shaftesbury Memorial Fountain (atop which the statue sits), chose to reproduce the same subject. Like how we all call Elizabeth Tower Big Ben, we will continue to call the statue Eros.

The Statue of Eros is made of aluminum 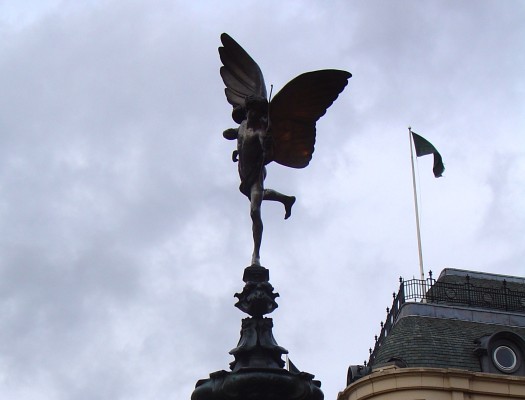 The famous statue is actually made out of aluminum, which is a rather strange material to build a statue out of, especially in the late Victorian Era as aluminum was a very expensive material to produce at the time (smelting Aluminum requires lots of electricity).

Piccadilly Circus was surrounded by illuminated advertising hoardings on buildings, starting in the early 1900s, but only one building now carries them, the one in the northwestern corner between Shaftesbury Avenue and Glasshouse Street. The site is unnamed (usually referred to as “Monico” after the Café Monico, which used to be on the site); its addresses are 44/48 Regent Street, 1/6 Sherwood Street, 17/22 Denman Street and 1/17 Shaftesbury Avenue, and it has been owned by property investor Land Securities Group since the 1970s.

The Advertising is Incredibly Valuable

While exact numbers are not available, the value of advertising on the new electronic billboards in Piccadilly Circus is worth many millions of dollars. Why is this? Well, 100 million tourists pass through it every year, which leads to billions of pictures being shared with the ads in them.

Coca-Cola Has Been Longest Serving Advertiser

Coca-Cola has had a sign at Piccadilly Circus since 1954. The current placed sign dates from September 2003, when the previous digital projector board and the site that had been occupied by Nescafé was replaced with a state-of-the-art LED video display that curves round with the building. The screen also displays information about line closures and delays on the London Underground.

One Ad Board Has Shown a Film

On 23 November 2007, the first film was broadcast through the board.  Paul Atherton’s film The Ballet of Change: Piccadilly Circus was allowed five minutes to show the first non-commercial film depicting the history of Piccadilly Circus and the lights.

It Features the Only Tube Station Where Everything is Underground

The Piccadilly Circus station on the London Underground is located directly beneath Piccadilly Circus itself, with entrances at every corner. It is one of the few stations which have no associated buildings above ground and is fully underground. It is itself a Grade 2 listed building. The station was opened 10 March 1906, on the Bakerloo Line, and on the Piccadilly Line in December of that year.

During World War II many servicemen’s clubs in the West End served American soldiers based in Britain. So many prostitutes roamed the area approaching the soldiers that they received the nickname “Piccadilly Commandos”, and both Scotland Yard and the Foreign Office discussed possible damage to Anglo-American relations. 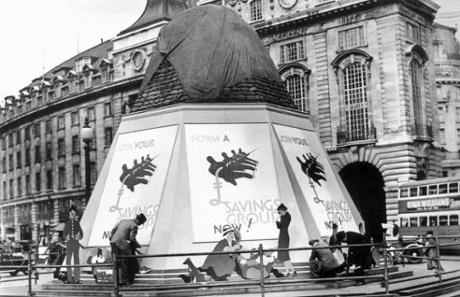 The statue of Eros has moved many times in its life. During the Second World War, the statue was removed and was replaced by advertising hoardings to protect it from German bombs. It was returned in 1948. When the Circus underwent reconstruction work in the late 1980s, the entire fountain was moved from the centre of the junction at the beginning of Shaftesbury Avenue to its present position at the southwestern corner.

The name ‘Piccadilly’ originates from a seventeenth-century frilled collar named a piccadil. Roger Baker, a tailor who became rich making piccadils lived in the area. The word ‘Circus’ refers to the roundabout around which the traffic circulated. However, it’s not a roundabout anymore.

Have you been to Piccadilly Circus? Let us know in the comments!