You are here: Home / Culture / Buildings / The Fiver – Five of London’s Strangest Buildings

In a city of so many buildings, there are plenty of examples of stellar structures in London. From the most well-known landmarks to office towers and flats, the city has many places to admire. What’s more, with London’s history dating back to the Romans, the Greater London area provides prime examples of buildings from many different eras. Of course, not every building can be a beautiful piece of architecture. Whether it’s by an artist’s “misunderstood” vision or time depriving a building of its former usefulness, some buildings look out of place. Five of London’s strangest buildings fit these categories and range from the obscure to the famous. 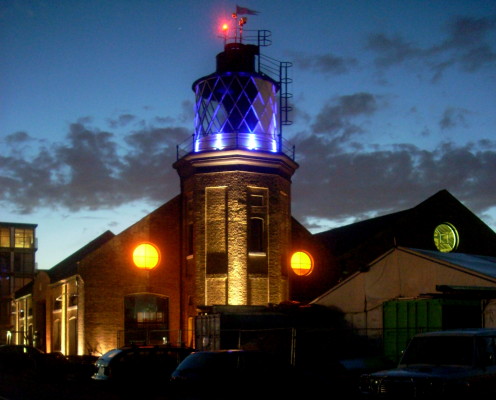 At Trinity Buoy Wharf, Trinity House, a firm responsible for all the lighthouses in England and Wales, built its first test lighthouse in 1854 to assess its lights before sending them to lighthouses in both countries. The firm built a second lighthouse in 1864, designed by James Douglass, and attached it to Trinity House’s store where it sold chains and buoys. In 1836, electromagnetic induction discoverer Michael Faraday was appointed Scientific Advisor to Trinity House, where he invented a new chimney for lighthouses that would keep the smoke from settling on the lanterns’ glass. The first lighthouse (used by Faraday) was demolished in the 1920s, but the second one remains. Today, the buoy warehouse has a museum to Faraday and the lighthouse is home to Longplayer, a millennium project that began playing music on December 31st, 1999 and will continue until the stroke of midnight of December 31st, 2999. The lighthouse is Grade II listed. 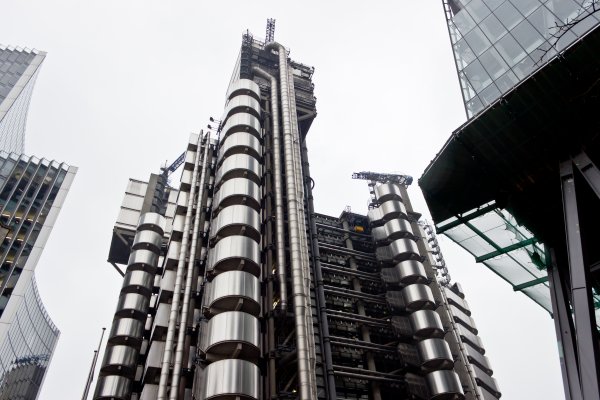 One of the more famous structures on this list, it houses the insurance firm Lloyds of London. It’s hard to really describe the structure’s weirdness except that it is a mismatch of metal and glass. The building was designed by Richard Rogers and built from 1978 to 1986, and was unusual and innovative in that it put its services such as electrical conduits, stairs, and pipes on the outside of the building to free up space on the inside. At its heart is a rectangular building, surrounded by three towers, which each have a service tower. The building’s twelve glass elevators were the first of their kind in London.

Part of Lincoln’s Inn, one of the four Inns of Court where the nation’s lawyers are called the bar, Ostler’s Hut is a remnant of a bygone era, where it was a station for the staff member responsible for taking care of the horses and carriages that visited the inn. However, within a few short decades, the invention of the car made the job pretty much obsolete. It is reported to be the smallest grade listed building in the city, though there isn’t much primary evidence to support the claim. There’s no telling what the building is used for in the present. 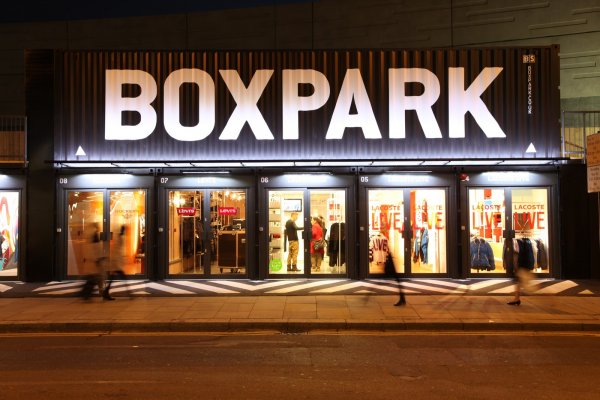 Much like Container City at Trinity Wharf, disused shipping containers found new life as part of this two-story shopping centre. Boxpark is made up of 60 individual shipping containers with 40 on the first floor and 20 on the second floor. There are multiple shops and restaurants to be found as well as regular performances, concerts, screenings, and other events. Boxpark was supposed to be a temporary “pop up” mall, but is now going into its fourth year in Shoreditch. The original idea was that the contains could be easily removed and transported to another location. 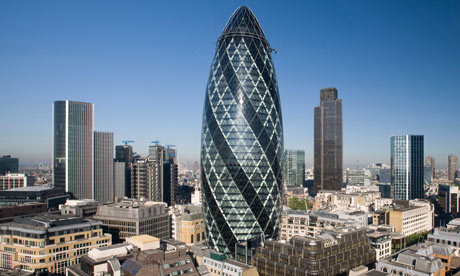 Officially known as 30 St. Mary Axe, the building also known as the Towering Innuendo and the Crystal Phallus, was designed by Norman Foster and completed in 2004. Its name comes from the fruit of the same name, referencing the odd shape of the structure. The swirling pattern on the outside of the building is actually part of the Gherkin’s energy-conscious designs and carries pockets of air through shafts that produce a double-glazing effect, drawing warm air out of the building during summer and keeping it in during the winter. One of the best parts of the building is the bar on the 40th floor, enclosed by a glass dome that offers building tenants a 360-degree view of the city.