You are here: Home / News Features / What London Casinos Can Learn from Vegas 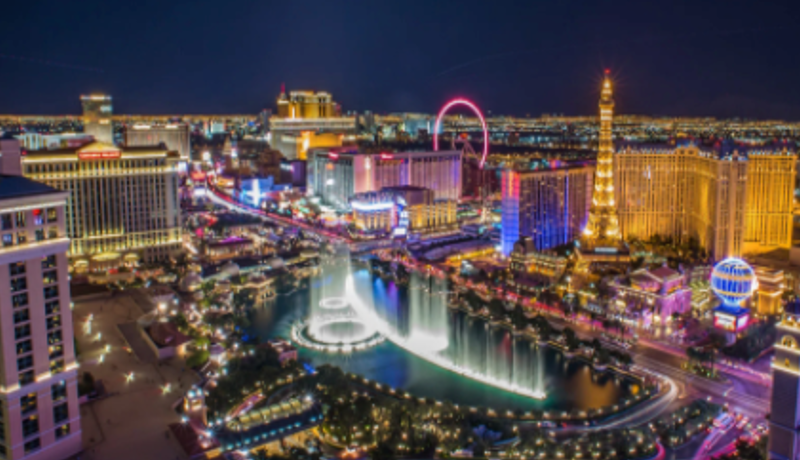 Gambling in London is great. The capital city vibe and the often-regal gaming venues can make for a really special evening. That said, Vegas remains number one. Sin City casinos just have something about them that’s difficult to recreate elsewhere.

Although a different experience in its own right, there are one of two things that UK casinos could “borrow” from their Nevada counterparts to spice up the gambling scene in the UK’s capital. Some of these might make a visit to the The Hippodrome or Victoria all the more appealing!

Of course, one of the best things about gambling in the UK is that you don’t even need to leave your house to join the action. Compared to Nevada’s online casino scene, the UK’s is vast. Fair regulation since the start of the online casino boom has ensured a vibrant market in the UK. To see for yourself, pokies online in Australia will help you pick a UK online casino that already has over 2000 slots ready for action.

Even if the UK does win on the online front, the casino experience in London pales in comparison to that of Vegas. Some of the following suggestions might help bring some of that Sin City charm to the British capital.

Vegas casinos don’t really care what you wear. You’ll walk around the gaming floor and see all many of characters floating around. You’ll still see plenty of people dressed to the nines, of course. However, the fact that you don’t have to creates a generally more relaxed environment.

Contrast that with London. Even at the capital’s scruffiest gambling dens, you’ll likely be turned away for not wearing smart shoes and a collared shirt. I mean, come on. We’re not at school here. As adults, we should surely be extended free choice in our choice of outfit!

In addition to a more relaxed atmosphere, it’s also much cooler to sit and just people watch in Vegas casinos. You can easily spend a few hours propping up the bar with a mint julep, watching the eccentrics wander by. Sometimes that’s more fun than gambling!

Poker tournaments in London casinos are a bit stale. You’ve obviously got the occasional cracker, but most casinos will run the same sort of game on a weeknight and then a slightly bigger one on a Sunday.

In Vegas, the number of poker tournaments and the different variants of the game makes for a totally different poker-playing experience. It’s rare to see anything other than no-limit Hold ‘em tournaments in London. Whereas in Las Vegas you’ll likely find fixed limit games, of Omaha and Hold ‘em, as well as the occasional stud poker too. That said, Vegas is starting to lean more and more towards no-limit hold ‘em – a shame since there is a lot of fun to be had playing other variants of the classic game.

Perhaps the largest difference between Las Vegas casinos and those in London is their size. Those in Nevada are simply vast. This allows the operator to offer a much wider variety of games.

It’s not like there is any shortage of great games to play in a London casino. However, you might be hard pressed to find an Omaha Hi/Lo game anywhere in the UK capital on a random February afternoon. Compare that with Vegas and you can pretty much play what you want, when you want to.

One of the areas that suffers the most thanks to the smaller casinos in London is the number of slots provided on the casino floor. One of the largest and best stocked of the 20 casinos in the UK capital is Aspers Casino. It offers punters a choice of around 150 slot machines.

Whereas this is huge by UK standards, it’s not at all uncommon to see casinos offering thousands in Sin City. In fact, the top five casinos in Las Vegas for slot machines all offer more than 2,300 machines a piece. In fact, Red Rock Casino has 2,860 different games!

It’s About More than the Gambling

Now, we’re not suggesting that London casinos need to expand into vast complexes offering all of the above but they could offer a bit more than just gambling, sports on the TV, and the odd dodgy rock cover bands.

A look at the entertainment programmes of Las Vegas casinos sees an eclectic mix of different shows. Ariana Grande, Slayer, and Andrea Bocelli all have upcoming slots at Las Vegas’s MGM Grand.  Performing in coming weeks at London’s Empire meanwhile will be DJ Icon. As great as a night jiving with a local DJ sounds, Vegas’s entertainment probably trumps it.

It’s obviously not feasible to just turn off the rain but it sure would change gambling in London for the better. It might even encourage casino owners to get creative with some rooftop pools too!