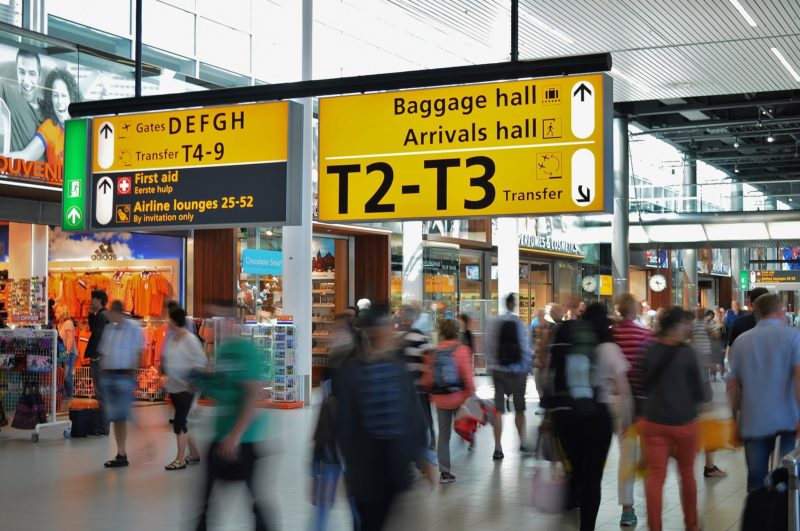 Airports are, for better or for worse, a part of life for many people. Some only need to deal with them for holidays and returns, but others, particularly those who work in London, have to use airports regularly for business. Even though a lot of money has gone into the airports in and around London to make them accessible and more user-friendly, the experience can be cumbersome and filled with irritations more often than we’d like.

The airport experience has to be as it is to manage the waves of people that it caters to as well as keep everyone safe, but even in London, there’s a new and much more human-friendly way of flying coming to the fore.

Airports in London have improved a great deal over the last few years, but there are still inherent irritations that will always be present at a public airport. Some people are more immune to these annoyances that others, and can accept that this is the way that it must be: others prefer a much more private and less cluttered experience.

The biggest problem is that everyone, regardless of their preferences, is stuffed into the building and funnelled around at the will of the departure board and security checks. As detailed in The Most Annoying Things About Airports, common gripes often revolve around actions of other people as opposed to issues with the establishment itself. These gripes include those who pack bottles that contain over 100ml of liquid, the rush for a gate, noisy children, and those who decide to stay stagnant and clog up the supposedly quicker mechanised walkways.

For those who are flying for business, airports have tried to cater to them and have established Wi-Fi networks. While this is admirable and can be used, it’s nowhere near the level of speed or performance that one would expect from a modern offering. As business people have to stay within the walls of an airport for a couple of hours when departing, having a workable Wi-Fi connection becomes a necessity.

Due to all of these factors and others that individuals may dislike, there will always be interest in a way that is friendlier to flyers. Thus, Biggin Hill continues to grow as a popular airport in London.

The Biggin Hill experience for those who hate airport hassle

Located in Bromley, in the south Greater London area, Biggin Hill has been transformed from a Royal Air Force station into an airport. As an RAF base, it played a key role in the Battle of Britain during World War II by protecting London and the south-east from bombers. Biggin Hill will be hosting a major event in 2020 to mark the 80th Anniversary of the Battle of Britain, but for the most part, it operates as a private airport just to the southeast of the capital city.

Bringing the privileges of private flying to the people of London, the Biggin Hill Airport – London Private Jet service places a focus on avoiding all of the inconveniences of other public airports. As Biggin Hill caters almost exclusively to chartered jets, terminals remain spacious and not crowded, while BQH Airport also holds discretion and privacy as very high priority to bring about a much greater level of customer satisfaction.

Those who use Biggin Hill Airport benefit from more than just privacy and elbow room, however, with the airport specifically developing its offering for VIP flyers. The establishment features strong Wi-Fi, a VIP lounge and café, a helicopter shuttle, and even a limousine service. Along with faster internet, check-in times are also much quicker, and the whole experience is distinctly lacking in queues.

With the southeast London airport not being as large or well known as the likes of Heathrow, Stansted, London City, or Gatwick, the private airport doesn’t fly to as many destinations as others, but it does get to many prime locations at speed.

Paris, Geneva, and Jersey in less than two hours

As London is one of the business capitals of the world, the benefits of having a private airport in the greater area are primarily that the process is faster and involves less hassle. There’s more time to get work when the airport procedures are quicker and less congested, and it also helps when flights get from A to B in good time.

Paris, Geneva, and Jersey have become important destinations for international business workers, which is why Biggin Hill runs flights that take less than two hours to arrive. Paris-Le Bourget, which recently opened its French Luxury Service Astonsky Terminal, can be reached from Biggin Hill in 80 minutes, with flights to Geneva taking approximately one hour and 40 minutes. Jersey, as you would assume, takes under an hour from the private airport.

Air travel continues to be an important factor of business and leisure, and because of this, public airports will continue to have their inconveniences. They can’t be avoided, even in some of the best airports in the world, such as those in London, and so it is understandable why people who can afford it turn to the private London Biggin Hill.