You are here: Home / News Features / A look at some of London’s most underrated architecture 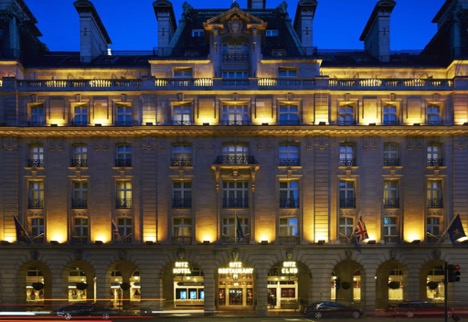 London is a magnificent city full of incredible building-work and fabrication. But, alongside the main attractions of Buckingham Palace, Westminster Abbey and the Houses of Parliament, the British capital is also home to some lesser-known architectural successes. Here are some to look out for.

You think of glitz and glamour in London, you think of the Ritz. It’s notorious for what gambling facilities it offers inside, but its architectural appeal outside is huge. Full of lights, the incredible eight-storey monument in a traditional Paris style is a symbol of the high life and luxury.

Inside, the story is no different. A gambler’s paradise, the Ritz is home to a mass of ‘high stakes’ games of poker, blackjack etc. Despite the rise of online gambling with lifelike casinos, bingo games and slots all becoming increasingly preferred, it seems there is still a long way to go until the elite swap their tuxedos and chips for a dressing gown and a mobile phone to wager away.

Once part of the Palace of Whitehall, Banqueting House is all that remains of that once impressive royal palace. In fact, the House is now a museum whilst the rest of Whitehall has been made into government offices.

The Apotheosis of James I – which detailed the union of the English and Scottish crowns – is all there to see in its striking manner with the House hosting many events throughout the year including weddings and plays. And, unlike the financial gambling extravagance of the Ritz, tickets are £6.30, so it won’t cost you a fortune to see inside such a remarkable building.

The home of Harry Potter’s Platform 9 ¾, King’s Cross Station is an incredible, historic railway station at the hub of the capital. But, prior to its railway notoriety, the King’s Cross area was a crossing point for the River Fleet.

Combining modern refurbishments with old English brick, the railway is often the first thing commuters and tourists see as they get the train into London, and, what a sight to behold.

A Harry Potter fan, a commuter, someone looking for the underground, or just a tourist, the King’s Cross Station is a must-see.

Headquarters of the BBC, Broadcasting House represents the BBC’s media services in its entirety. Though originally a building for radio programmes, its expansion in the early noughties made it the hub of the BBC’s activities.

The media castle of the UK, BBC Broadcasting House resembles a transformation through time. From the creation of the BBC in 1922 to its renovation finally finishing in 2013, the building is an amalgamation of old and new with stunning architecture.

Located on the South Bank, overlooking the River Thames, the Oxo Tower has become an integral part of the borough’s skyline since its creation in 1900.

Originally planned to become a power plant for the nearby Royal Post Office, the Oxo Tower is now home to a conglomerate of shops, restaurants and offices, though it still retains its distinctive lettering and striking structure.