First a disclaimer: We didn’t make this map (and thus are not responsible for the misspellings on it).

Now, there is a fun site on Tumblr called Judgmental Maps where enterprising individuals make maps of big cities based on stereotypes and people’s perceptions of certain neighborhoods.

So, of course I had to find the one for London and it’s rather funny. Some of the things I’m not so sure about – having not lived in London myself – but some observations are dead on.

Here is the Judgmental Map of London: 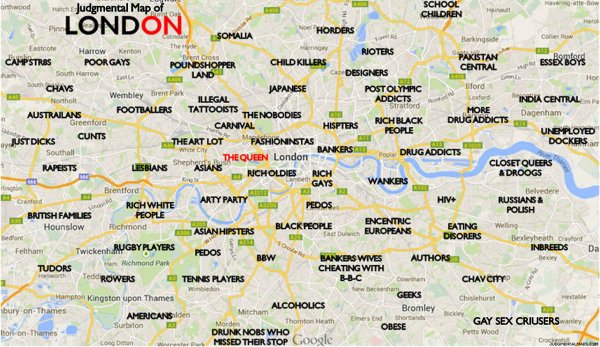 Now, direct your angry letters towards the creators on their website here!