You are here: Home / Londonism / Fun London / Fun London: There Was a Giant Pillow Fight in Trafalgar Square This Past Sunday and I bet You Wish You’d Been There 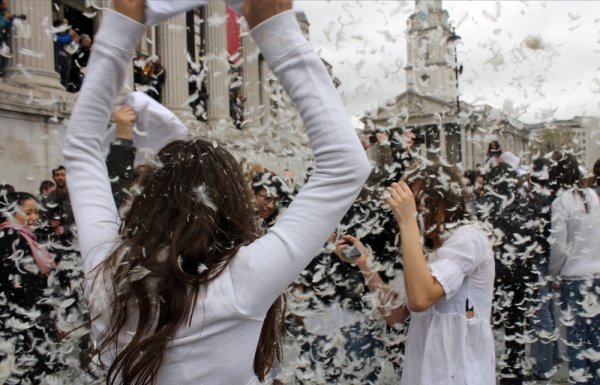 Apparently, International Pillow Fight is a thing that happens every year. And this year the flash mob took over London’s Trafalgar Square and had a massive pillow fight.

People dressed up in costumes and bashed each other in the heads with pillows.

Here’s a video of the carnage:

Apparently, authorities had tried to shut down this year’s fight for security reasons, but the pillow fight went on anyway. I hope the revelers stuck around to clean up the ensuing mess!