You are here: Home / Archives for Tate Modern 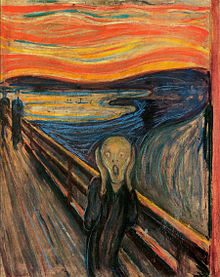 Tate Modern is to hold a major exhibition reassessing the work of Norwegian painter Edvard Munch. Edvard Munch: The Modern Eye will look at the artist’s pictorial work in the 20th century and his interest in photography, film and the rebirth of stage production. Munch (1863–1944) is often presented as a 19th-century painter, a Symbolist or a pre-Expressionist. However … END_OF_DOCUMENT_TOKEN_TO_BE_REPLACED

British artist Damien Hirst is to be given his first major solo exhibition in the UK. More than 70 of his works will be on show from April at Tate Modern in London. The works will include his 2007 For the Love of God which visitors will be able to see for free. The life-size platinum cast of an 18th-century human skull is covered by 8,601 flawless diamonds and inset with the … END_OF_DOCUMENT_TOKEN_TO_BE_REPLACED