You are here: Home / Archives for Covent Garden 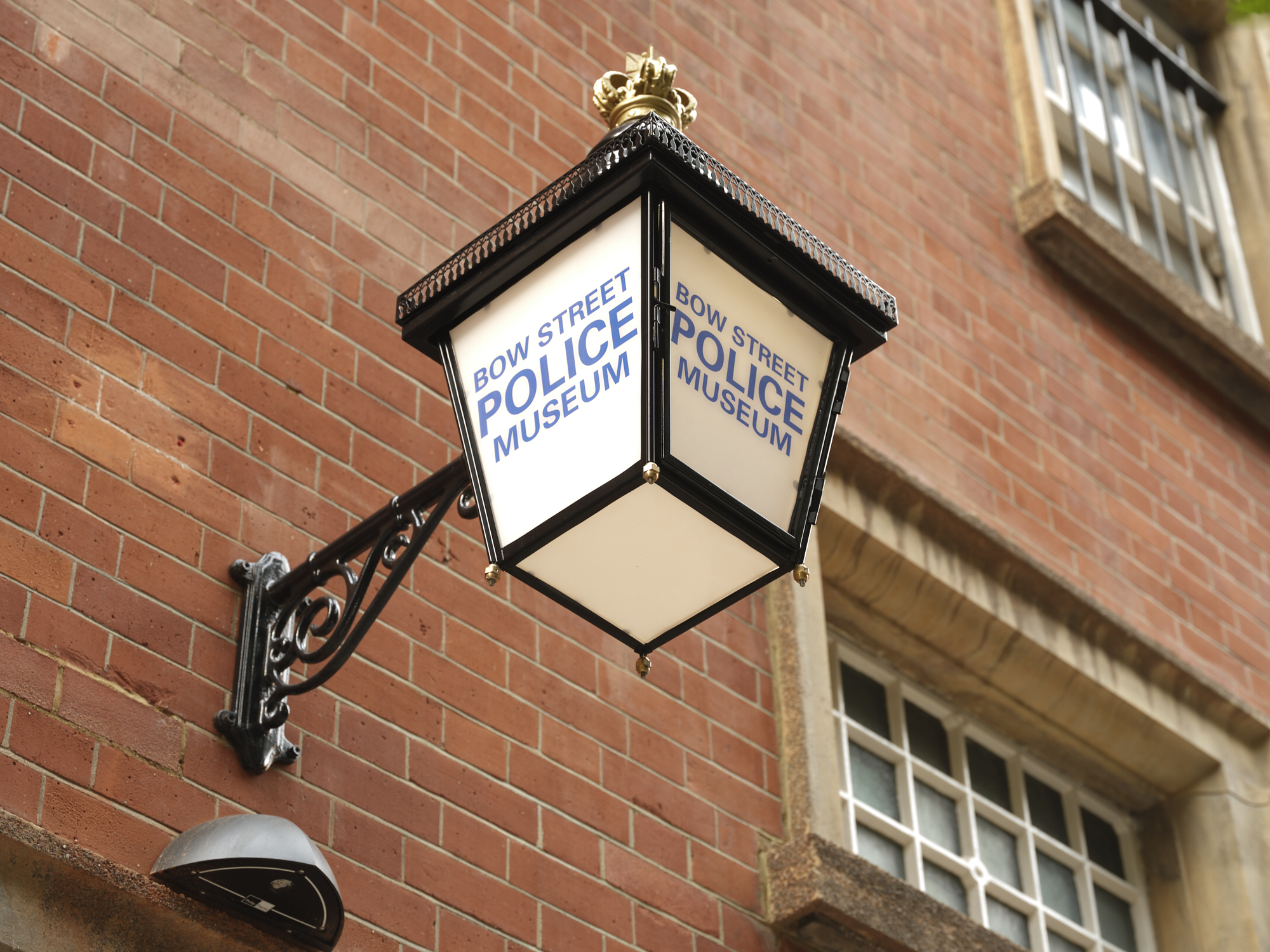 London has a new independent museum in Covent Garden! Bow Street Police Museum is housed in one of London's first police stations. No. 28 Bow Street was the home of Bow Street Police Station and Magistrates' Court for over a century. The Museum tells the story of the Bow Street Runners, the country's first organized police force, and the Metropolitan Police officers who … END_OF_DOCUMENT_TOKEN_TO_BE_REPLACED

Covent Garden is popular with both locals and visitors but it wasn't always the way. The area was home to aristocracy before it became a centre of commerce. And while it is a cool hangout today, there was a time when you wouldn't want to stop here day or night. The elegant piazza and market with street cobbles and the arched market buildings hint at the rich heritage. From … END_OF_DOCUMENT_TOKEN_TO_BE_REPLACED 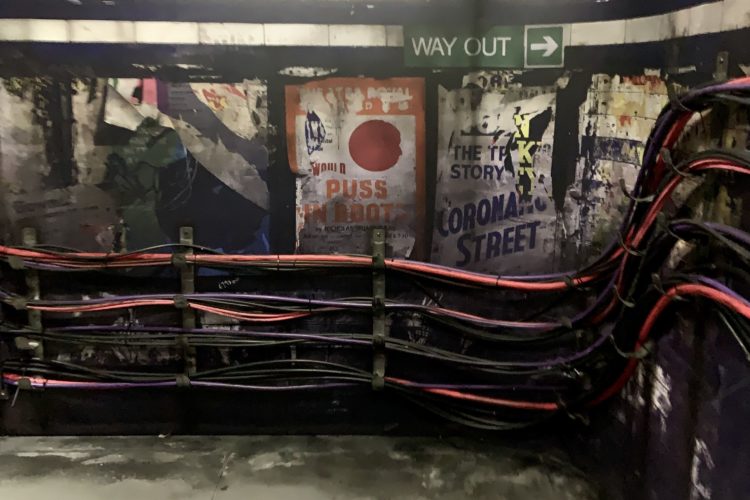 I'm fortunate to have been on all of the London Transport Museum 'Hidden London' tours of disused stations and tunnels but not everyone has had that opportunity. The tours are only available on certain dates (not all year round), and the (sometimes) long climbs may have put you off. Some say the tours are expensive (I think they are exceptional value) and also, children can't … END_OF_DOCUMENT_TOKEN_TO_BE_REPLACED

The world's most exclusive purveyor of luxury teas and France's oldest tea house, Mariage Frères, has opened its first UK tea emporium in Covent Garden. In addition to being a new tea house in London, it also contains a small museum dedicated to tea. I've been waiting for this one as it was supposed to open in September 2018 but, due to delays with its heritage building, … END_OF_DOCUMENT_TOKEN_TO_BE_REPLACED 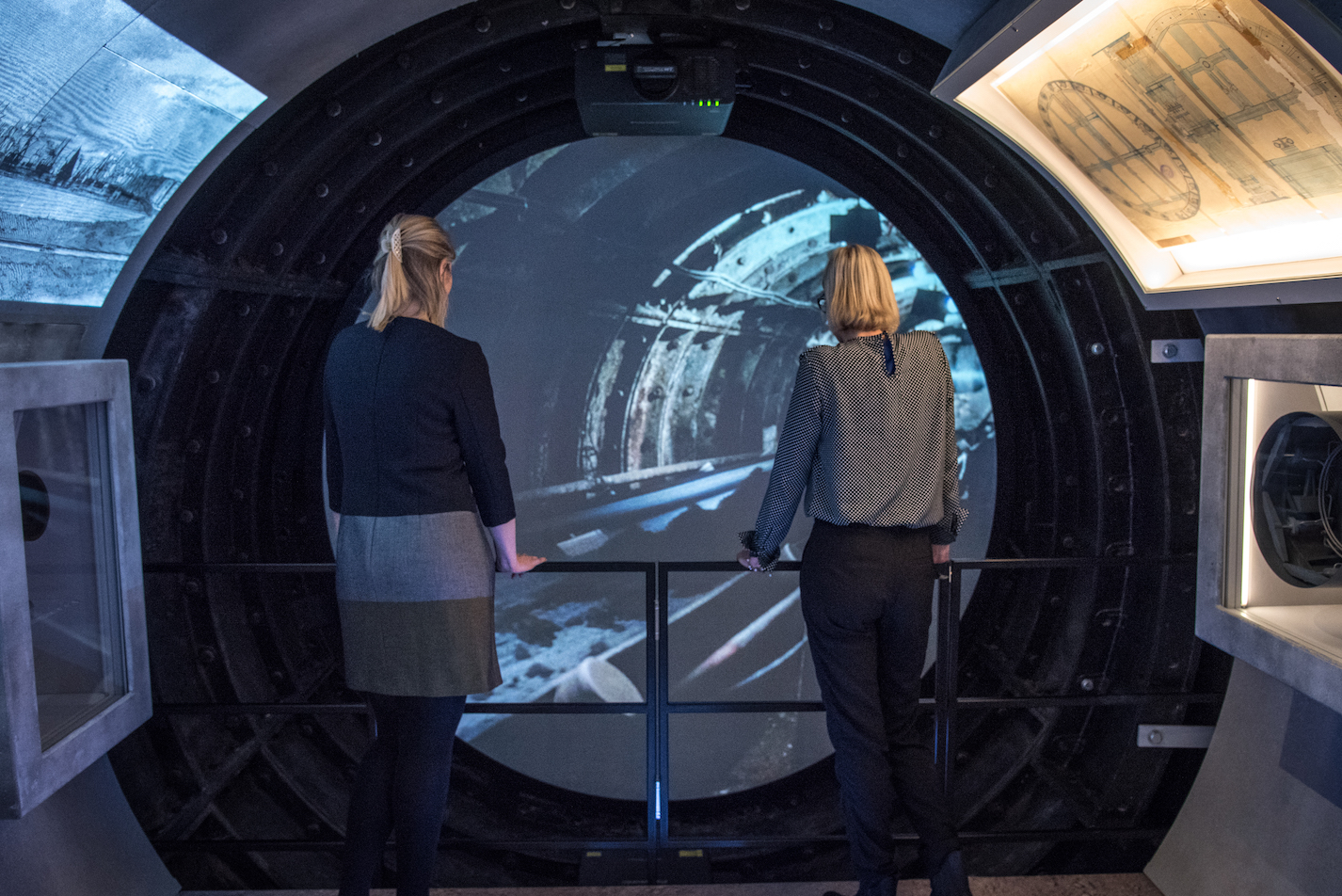 The London Transport Museum in Covent Garden has a new permanent gallery exploring the history of tunneling and a new temporary exhibition about Crossrail opening on 23 March 2018. Both are part of the national programme to celebrate the Year of Engineering 2018. Digging Deeper Gallery On the ground floor of the museum, this new gallery looks at the challenges of … END_OF_DOCUMENT_TOKEN_TO_BE_REPLACED 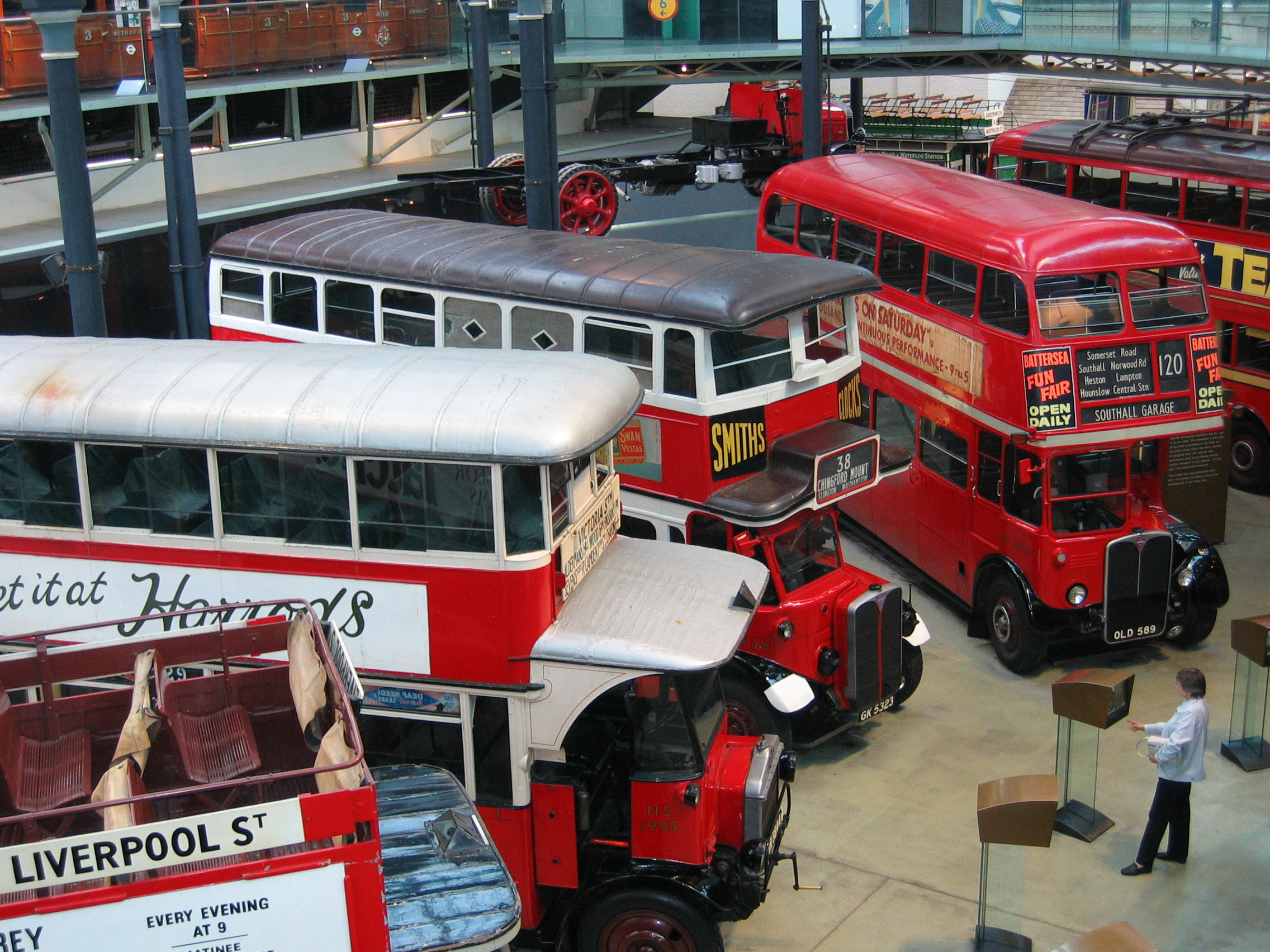 The London Transport Museum is one of our favorites in London and now we have another excuse to visit again. They're opening two major new galleries in 2018. First up is Digging Deeper, opening March 23rd, a new permanent gallery dedicated to London's tunneling history from Brunel to Crossrail. Second is the Future Engineers Gallery, opening July 13th,  and it will be geared … END_OF_DOCUMENT_TOKEN_TO_BE_REPLACED 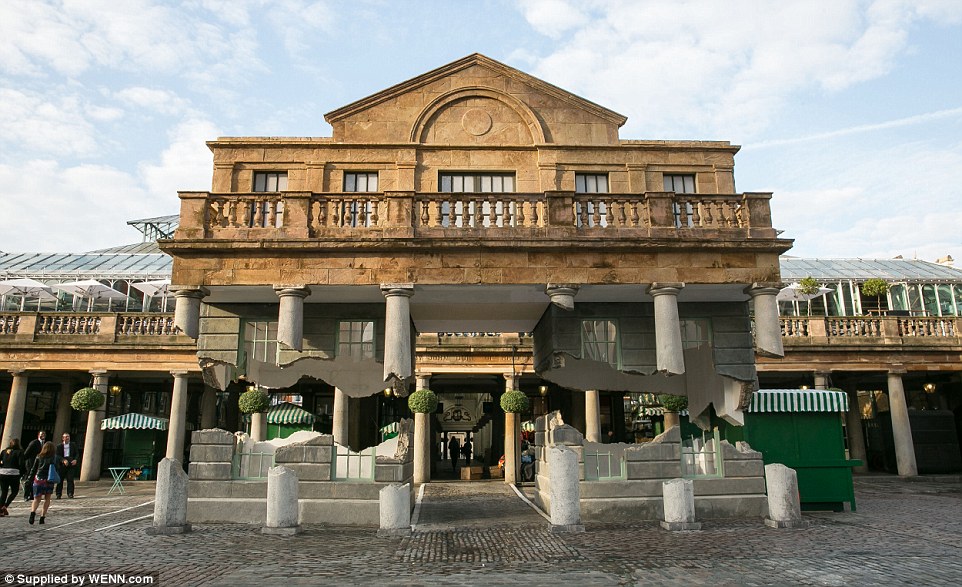 A bit of Covent Garden appears to have broken off and lifted into the air, creating an amazing optical illusion. The installation, named Take my Lightning but Don't steal my Thunder, was created by the artist Alex Chinneck, who is well known for creating optical illusions. The 12-meter-long sculpture has been made from a steel frame and a type of expanded polystyrene … END_OF_DOCUMENT_TOKEN_TO_BE_REPLACED 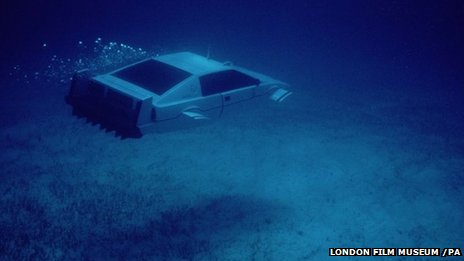 The London Film Museum (which used to be called the Moveum) in Covent Garden has closed for a few months while they prepare for an exciting new exhibition - Bond in Motion, which will feature the largest collection of James Bond vehicles ever assembled. According to the BBC: Cars used in the James Bond films are to go on display at a London museum. The vehicles, … END_OF_DOCUMENT_TOKEN_TO_BE_REPLACED 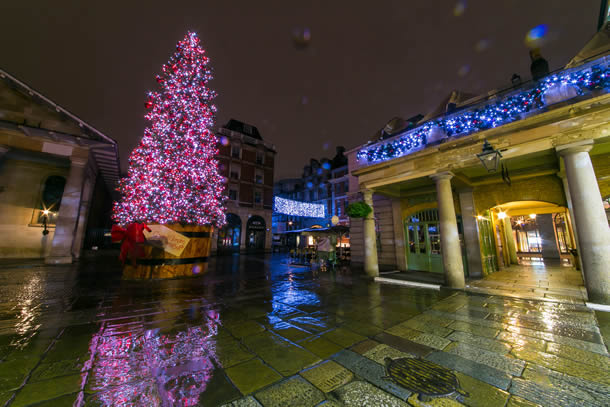 Covent Garden has jumped to the front of the Christmas queue and has already had their tree lighting ceremony. Looks stunning and we can't wait to see it in person when we arrive in London in just 34 days. Here's a video showing how they put up all of this year's decorations: http://www.youtube.com/watch?v=TOfkaUJDD_E Twitter User KCMarketing has some great pictures … END_OF_DOCUMENT_TOKEN_TO_BE_REPLACED 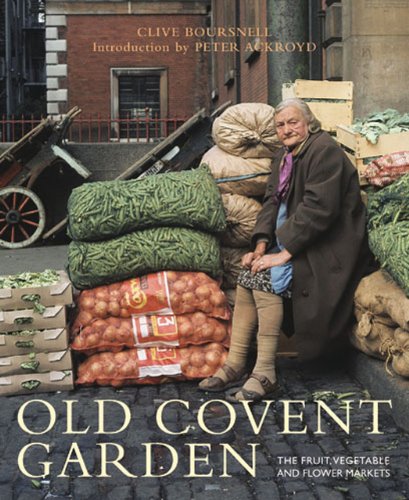 Rarely do I fall immediately in love with a book when it comes in the mail. But as soon as I opened the package containing Old Covent Garden by Clive Boursnell, I was smitten. Covent Garden is one of our favorite areas of London and I've always been fascinated by its market history. We even wrote an article recently about Covent Garden. This book focuses on the final days … END_OF_DOCUMENT_TOKEN_TO_BE_REPLACED 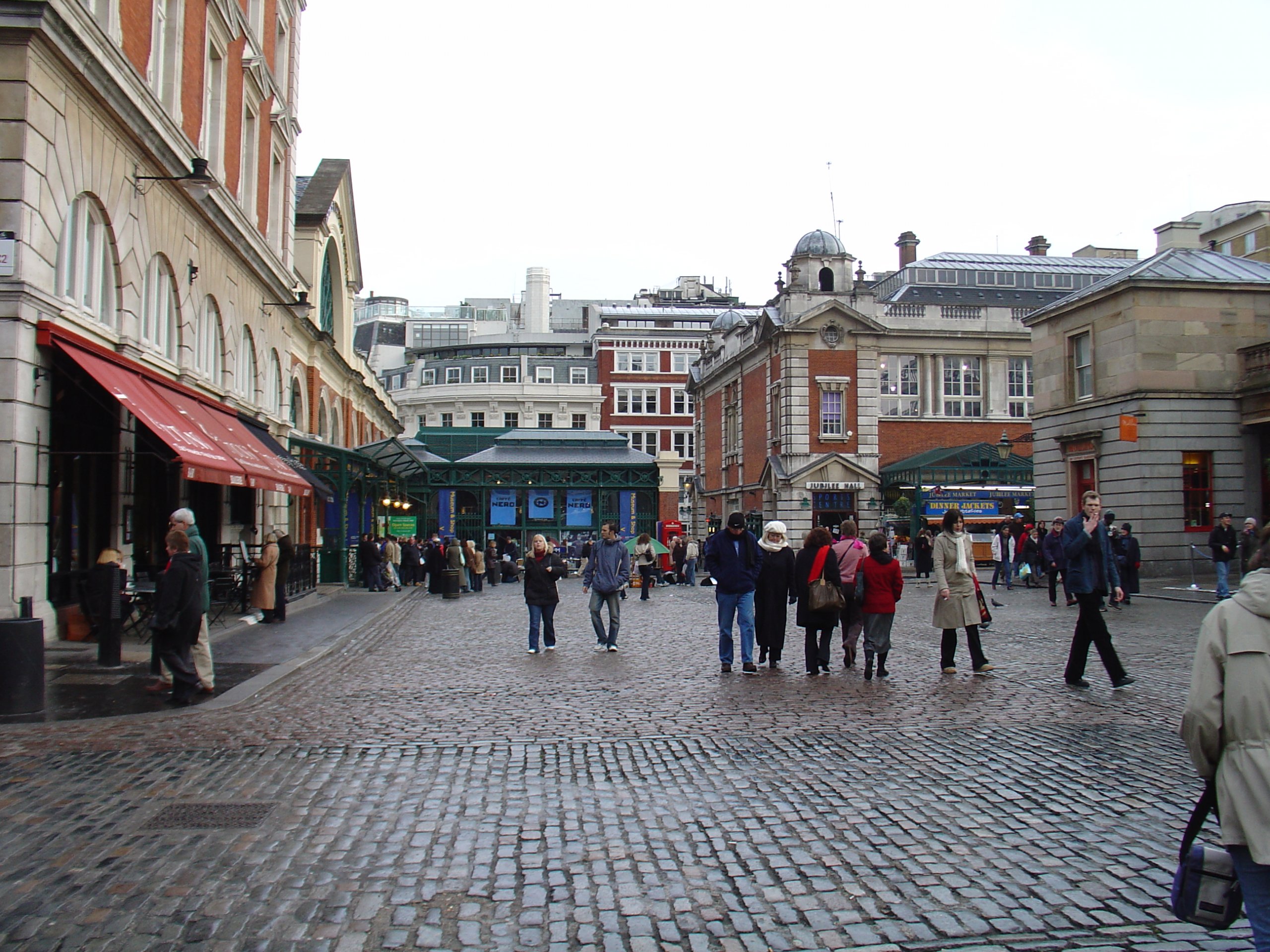 Covent Garden is probably our second favorite tourist destination in London after Trafalgar Square. Despite turning into a bit of a tourist trap, the area is steeped in London's history. In honor of this lovely destination, here are ten facts and figures about Covent Garden. One of our most favorite things to do is listen to the musicians who busk on the lower levels. 1. … END_OF_DOCUMENT_TOKEN_TO_BE_REPLACED 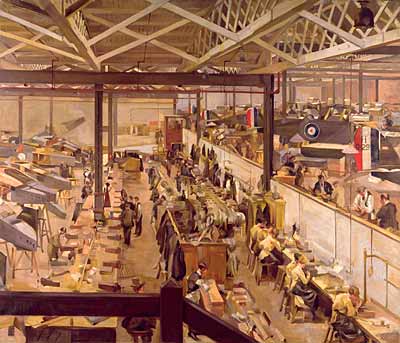 London has so many inspiring and colourful sights and characters dotted around its boroughs. So it is little wonder that the capital has been the birthplace of so many great painters. Here is a little information about five of the best of them. 5. Anna Airy Anna Airy was born in 1882 in Greenwich. The early part of her career saw her produce oil and pastel … END_OF_DOCUMENT_TOKEN_TO_BE_REPLACED