You are here: Home / History / Photo: Rare Look Behind the Face of the Big Ben Clockface 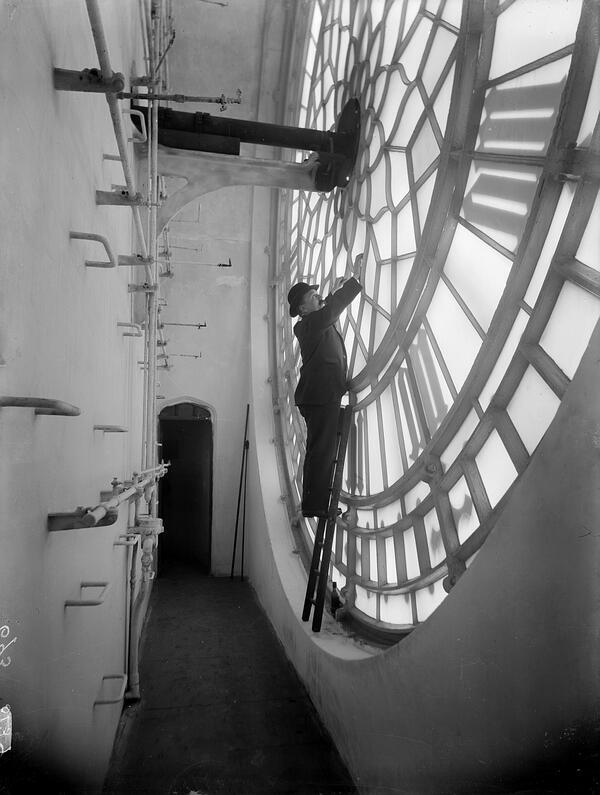 Ever wondered what it looked like behind the clockface of Big Ben? Here’s a rare picture from the 1920’s of a repairman doing some work on the most famous clock in the world. The clock is actually not called Big Ben – Big Ben is the name of the largest bell that chimes the time. It’s actually now called the Elizabeth Tower, in honor of the Queen’s recent Diamond Jubilee.