You are here: Home / London News / Two new ‘beefeaters’ join the ranks at the Tower of London 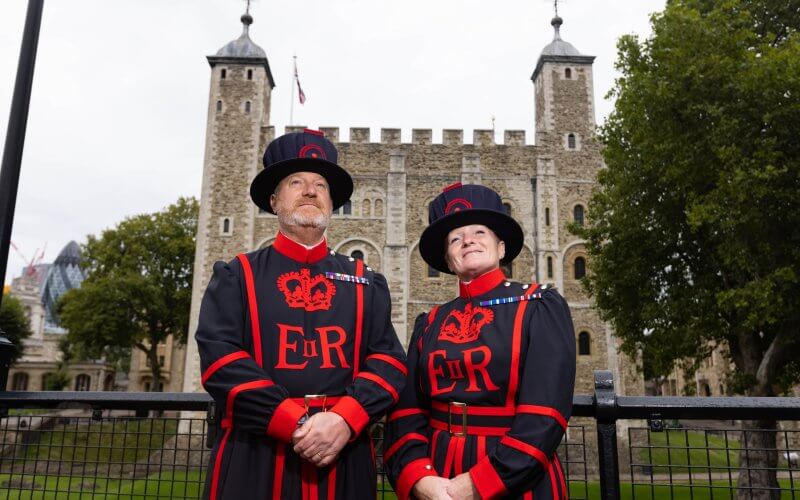 Two new “beefeaters” have donned their famous dark blue and red uniforms for the first time as they prepare to join the ranks of the guards at the Tower of London.

Emma Rousell from Derby and Paul Langley from South Shields have begun training to become the newest Yeoman Warders at the central London landmark.

Both Ms. Rousell and Mr. Langley have been chosen for the prestigious role after 22 years in the Royal Air Force, earning the Good Conduct medal and a rigorous selection process.

They join a troupe of 30 other guards at the Tower who hold the traditional, ceremonial roles as extraordinary members of the Queen’s Bodyguard.

The position of Yeoman Warder, popularly known as a “Beefeater,” descends from the band of warders who guarded the gates and royal prisoners when the fortress was first constructed.

Nowadays, day to day their activities include leading tours, providing lectures, and posing for hundreds of selfies with eager tourists.