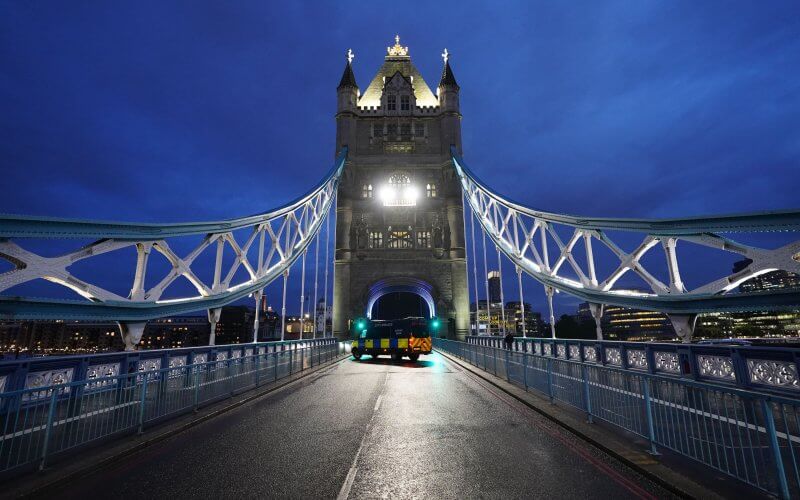 Tower Bridge has reopened to traffic after becoming stuck due to a technical problem.

Images from The Shard skyscraper’s live camera facing east showed the two sides of the crossing rejoin at about midnight on Monday.

A spokesperson for the City of London Corporation, which owns and runs the bridge, had earlier said: “Due to a technical issue, Tower Bridge is currently stuck in a raised position.

“We are working to resolve the issue as quickly as possible.”

No further updates from the corporation were available by 6.30 am on Tuesday.

The fault meant the bridge’s bascules were unable to close properly, forcing them to stay open from around 3 pm.

It caused traffic problems for several hours, which only largely managed to resolve by around 9 pm, according to Transport for London travel updates.

Images from the scene on Monday afternoon showed traffic built up on both sides of the bridge – which is owned, funded, and managed by the City of London Corporation.