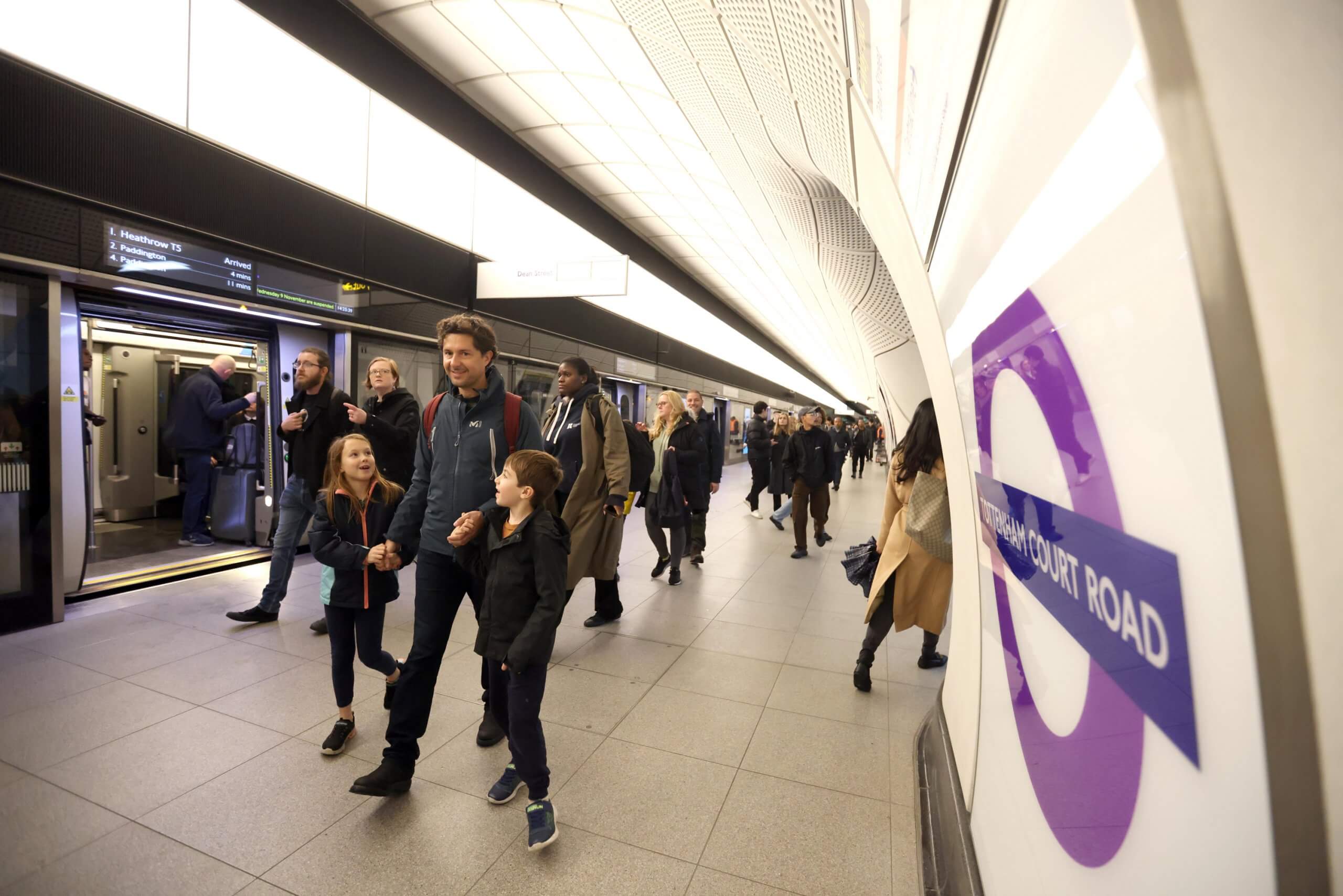 Sadiq Khan has hailed the “huge success” of the Elizabeth Line as Sunday services and more direct routes were opened.

The Mayor of London joined transport leaders to ride the £19 billion railway from Stratford to Paddington on Sunday morning.

The trip marked the opening of direct routes across the line as well as a seven-day service for the first time since the line opened in May.

The railway has so far operated in three separate sections, requiring passengers to walk for several minutes to change trains at Liverpool Street and Paddington.

As of Sunday morning, passengers can travel across the entire line stretching from Reading in Berkshire and Heathrow Airport in south-west London, to Abbey Wood in south-east London and Shenfield in Essex without changing platforms.

Good news 🎉 Elizabeth line services from Reading, Heathrow and Shenfield will connect with the central tunnels from 6 November 2022

Sunday services are also now operating after they were suspended in the London tunnels almost every weekend since the line opened on May 24 to allow more testing to take place.

Speaking to the PA news agency at Paddington, Mr. Khan said: “Today’s fantastic news and not just for the Elizabeth but also for the south of our country.

The group boarded the 10.16am train, which took just over 18 minutes to reach Paddington after the removal of the interchange at Liverpool Street.

They could be heard discussing the complex signal system, size of platforms and the confusion around the Elizabeth line not being part of the Tube network.

At Paddington, the group was greeted by two apprentice railway workers and posed for photos.

Mr. Khan called the Elizabeth line “a huge, huge success” but also urged the Government to invest more in London infrastructure, including projects like Crossrail 2, which has been halted indefinitely.

“I think what the Elizabeth line shows is that if you invest, people will use,” he told PA, adding that 60 million journeys have been made on the railway since it opened in May.

“That shows the difference good public transport can make but the really great news is that we as a global city have a new piece of infrastructure – but we can’t stand still because when I speak to colleagues in Singapore, in Hong Kong, in Paris, New York, they are investing in infrastructure.

“So my message to the Government is if you invest in London the whole country benefits.”

Asked about the prospect of further investment amid the £50 billion hole in public finances, Mr Holden told PA: “I think what we’ve got to do is wait for the financial statement, see exactly where we are in two weeks’ time”.

Projects like @Crossrail take many years from conception to delivery

The transport minister said the Government is already putting “huge amounts of investment” in transport across the country, including HS2 and the Trans-Pennine A66 road.

“I’d like to see more but we need to do it in a balanced responsible way, delivering as much growth as possible,” he said.

Meanwhile, Mr. Lord said TfL is in talks with the Government about projects like Crossrail 2 and the southern extension to the Bakerloo line.

He said they hope to “demonstrate through the Elizabeth line what that investment does for the city and the wider UK economy.”

“It’s very difficult economic times at the moment but I think this shows the benefits are there when you make the long-term investment decisions,” he added.

The line’s central section between Paddington and Abbey Wood will also now stay open later, with the last daily departure from Paddington at 12.22am, instead of 10.58pm previously.