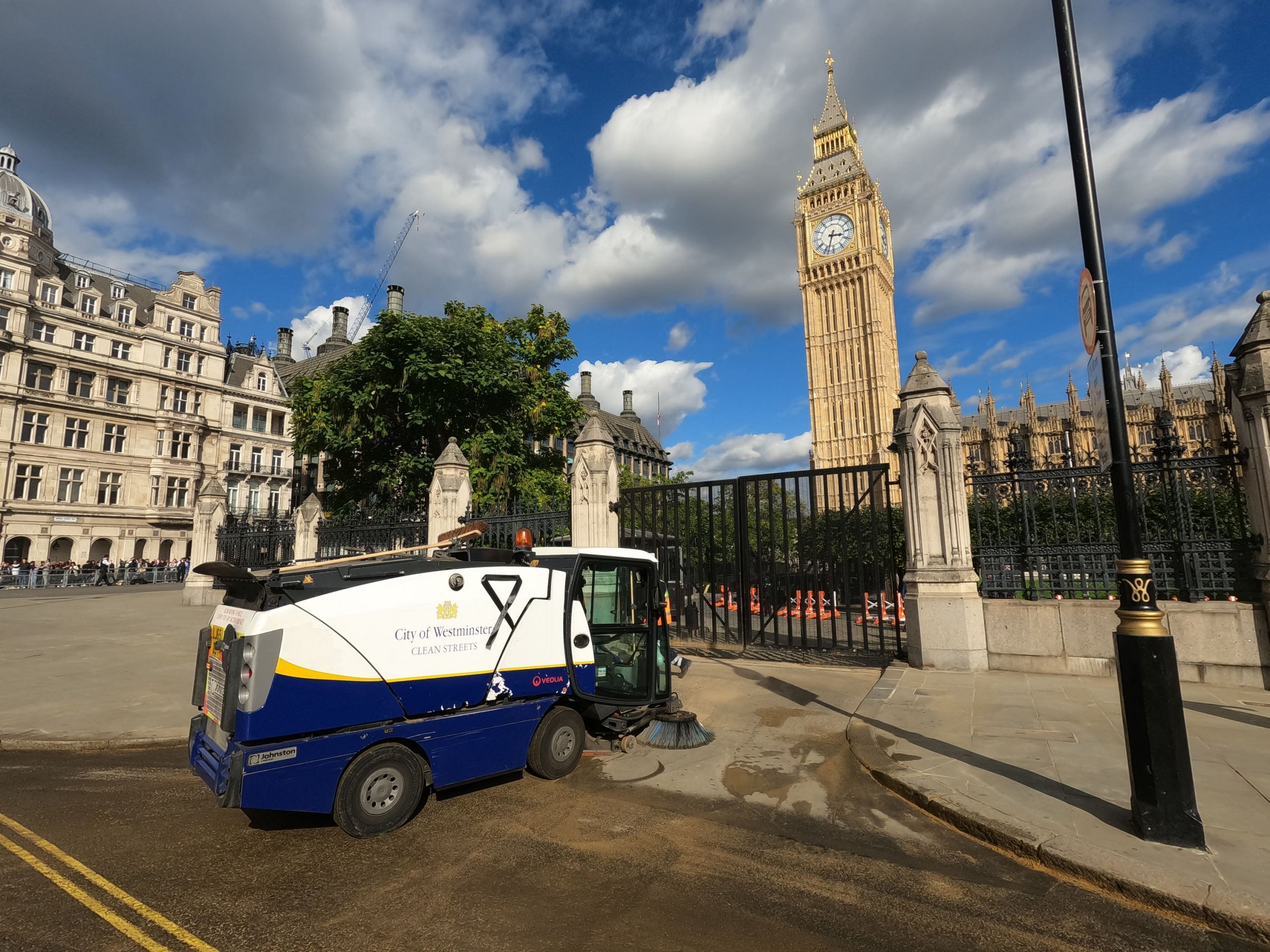 Scores of staff were deployed for a clean-up operation to return the streets of central London to normal just a few hours after the Queen’s funeral had ended.

Westminster City Council and waste management partner Veolia said they had sent additional cleaning teams to the center of the city over recent days in a “huge operation” to ensure it was kept clean as crowds flocked to the capital for the Queen’s lying in state and funeral.

Vehicles were dressed with black ribbons, and council workers wore black bows while on duty, as a mark of respect.

Once the funeral ended and guests departed, teams were sent to the areas which had been the focus of the funeral and the Queen’s final procession out of London.

Starting in Parliament Square, more than 150 people and 19 vehicles split into 11 teams to help clear litter and remove sand to get roads ready for reopening.

The clean-up operation started at 2.45 pm and was completed by 5 pm, the council said.

Westminster Council also said its cleaning team worked closely with neighboring boroughs to provide cleaning services for the quarter of a million people who queued to see the Queen lying in state in Westminster Hall, and for those camping out for the funeral on Monday.

Councillor Paul Dimoldenberg, cabinet member for city management and air quality at Westminster City Council, said: “This was an absolutely huge operation to keep the center of London clean while hundreds of thousands of visitors paid their respects to Her Majesty Queen Elizabeth.

“The council’s cleaning teams have been working around the clock to prepare for the Queen’s funeral and to get the city back on track once the funeral procession had ended.

“I want to say a huge thank you to our excellent street cleaning teams for all their hard work.

“When the eyes of the world were on Westminster, they truly did Her Majesty and the country proud.”

Helder Branco, general manager at Veolia Westminster, added: “We would like to thank our teams who have been working round the clock throughout this period of national mourning to keep the streets safe and clean for visitors and we would like to thank the public for their support.”