You are here: Home / London Events News / Event Alert: Immerse Yourself in 1920’s and 1930’s London in a Special Bright Young Things Evening at the London Transport Museum 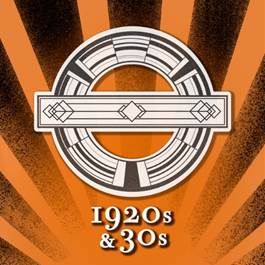 This event looks like a lot of fun! The London Transport Museum is hosting a special late night where you can have a very 1920’s or 1930’s evening with costumes, musical guest, and talks. Sounds like a lot of fun and if I was in London in March, I would totally check this out.

Immerse yourself in the glittering world of the 1920s and 1930s at London Transport Museum’s Friday Late, after hours on the evening of 9 March. Inspired by the Museum’s Poster Girls – a century of art and design exhibition, with music and bars, guests can experience vintage girl power and iconic art movements through curated lectures, tours and workshops. Partygoers can also enjoy unusual games inspired by the era such as Good Cop Bad Cop, Wits and Wagers and Cash ‘n’ Guns and a two for £12 offer on Southside cocktails, the tipple of choice for Al Capone and the mobsters of Chicago.