You are here: Home / History / Ten Most Important London Events of the 1900s 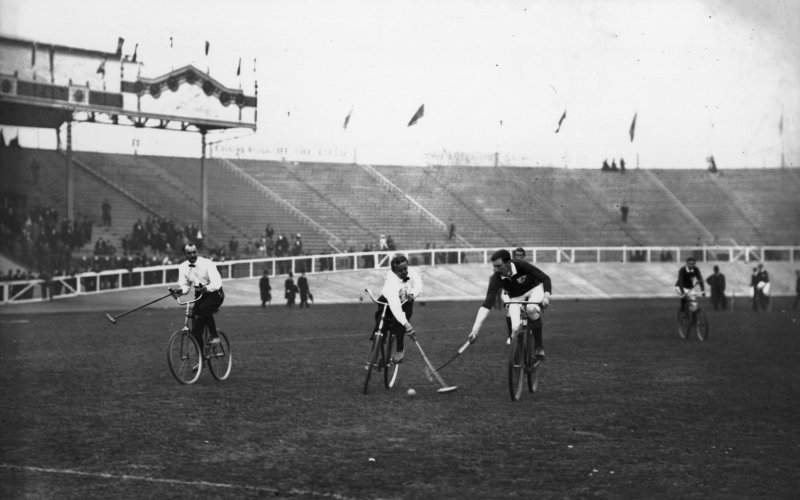 The Twentieth Century marked the beginning of many changes for London.  It began with the end of an era, carried through two world wars, and a time of cultural and technological revolution.  The 1900s saw the death of a monarch, the opening of several important institutions, and even the city’s first Olympic Games.  This list that follows is by no means exhaustive of the events that took place in London between 1901 and 1910, so you are welcome to share any 1900s London events you believe we left out in the comments.

While Queen Victoria died on the Isle of Wight, a series of ships and trains bore her body to Victoria Station, from which the funeral procession began to Paddington Station.  Another train then carried the late monarch to Windsor Castle, where her body lay in St. George’s Chapel.  Her death was a major event for both London and the United Kingdom and marked the start of the Edwardian period.

While the London School of Economics had existed since 1895, its current campus first opened in 1902 at Clare Market and Houston Street in Westminster.  The foundation of the Old Building would be laid 18 years later, and today the LSE takes up about 30 buildings and is one of the most important institutions of learning in the country.

While blue plaques commemorating important events and individuals across the city actually got started in 1866, the scheme transferred from the Society of Arts to the London County Council in 1901.  The LCC would then erect its first blue plaque in 1903 at Holly Lodge in honor of Thomas Babington Macaulay, the historian and former Secretary of War.

Formed in 1904, the London Symphony Orchestra became the city’s first permanent salaried orchestra.  This replaced the prior system by which players were hired individually for different shows, sometimes resulting in a deputy system where the player you wanted might get a better gig elsewhere and a lesser player being sent instead.  The LSO performed its first concert on June 9th at Queen’s Hall.

In 1905, the Lots Road Power Station opened as the largest of its kind in the city to that point.  It was built primarily to power the Brompton and Piccadilly Circus Railway, which we know today as the Piccadilly Line of the London Underground.  The power station was kept in operation until it was finally shut down in 2002.

A lido is a public freshwater swimming pool in the UK, and the most famous one in London can be found on the Tooting Bec Common.  The Tooting Bec Lido first opened to the public in 1906, though the sexes were segregated, and joint swimming wasn’t an option until 1931.  It is roughly twice the size of an Olympic swimming pool.  It remains one of the most popular swimming pools in London during the summer months, and during the winter, it is exclusive to the South London Swimming Club.

Home to the Central Criminal Court of the United Kingdom, the Old Bailey first opened its courtroom doors in 1907.  Its dome is one of the most striking features of the building, being topped with a statue of Lady Justice that holds scales in one hand and a sword in the other.

London’s first Summer Olympic Games took place in 1908 after Rome had been picked originally in 1904.  However, the 1906 eruption of Mount Vesuvius necessitated the move to the IOC’s second choice as the Italian government needed the funds to help Naples recover.  London would successfully host the games again in 1948 and most recently in 2012.

The V&A is the world’s largest museum for design, applied arts, and decorative arts.  It is one of many London museums that was inspired by the Great Exhibition of 1851, starting as the Museum of Manufactures in 1852, then became the South Kensington Museum in 1854.  Queen Victoria laid the first stone for the current building in 1899, and it was named for her and Prince Albert when her son, King Edward VII, opened it in 1909.

Another of London’s landmark buildings, the Admiralty Arch, opened in 1910 as a government building that also provided access between The Mall and Trafalgar Square.  While it officially opened in 1910, it was not completed until 1912.  While it is presently being converted into a branch of the Waldorf Astoria hotel chain, it is still used for important government ceremonies and is a Grade I listed building.