You are here: Home / History / Ten Important London Events of the 1910s 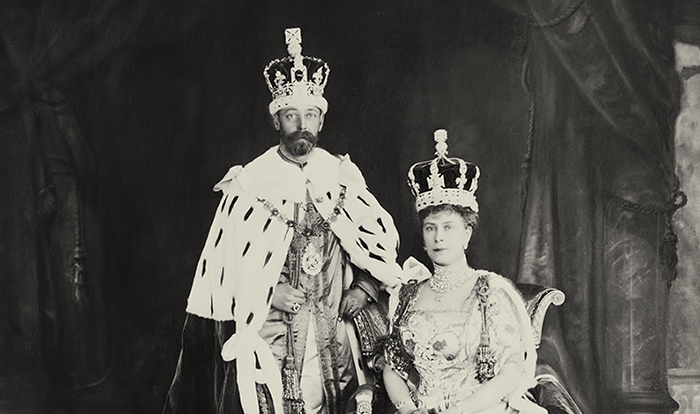 A new king ushered in a decade of upheaval in London.  While the 1910s brought such great moments as the Coronation of King George V and the first Chelsea Flower Show, it was also an unparalleled time of death thanks to World War I and the Spanish Flu epidemic.  It seemed that for every good thing that happened between 1911 and 1920, there was something terrible that followed.  We’ve identified ten of the most important events that happened in the city during this period below, and if you think we left anything out, you can let us know in the comments.

In 1912, a major shift in London transportation occurred when the Underground Electric Railways Company of London (UERL) purchased the London General Omnibus Company.  It marked the first integration of the Tube and bus services as well as leading to the greater use of the Underground’s bar and circle logo throughout London.

The Royal Horticultural Society had been hosting their Great Spring Flower Show since 1862, but for the show in 1912, the RHS secured the grounds of the Royal Chelsea Hospital for its international exhibition.  This proved to be such a hit that they kept the location, and the Chelsea Flower Show was born in earnest.

On the advent of the First World War, an Imperial German spy named Carl Hans Lody posed as an American to spy on the Royal Navy.  He was caught and was one of the first people executed at the Tower of London during World War I.  Executions at the Tower were an extremely rare event by this time, and the last one took place in 1941.

While most people think of World War II and the London Blitz when they think of bombing attacks on London, seemingly forgetting that this wasn’t the first time it happened.  In 1915, Germany launched bombings on the city using zeppelins.  However, once the British military realized how to combat these slow-moving bombers, the Germans started including biplanes in their attacks.  This also marked the first time that Londoners used Underground stations as air-raid shelters.

The iconic, instantly recognizable font of the London Underground, the UERL first adopted the Johnston typeface in 1916 as a means of strengthening its corporate identity.  The font was selected so it would help UERL’s posters stand out from the usual advertisements, but eventually it came to be used on their signage as well.

Undeniably one of the worst disasters to befall London in the 20th Century, the Silvertown Explosion took place on January 19, 1917.  At a munitions factory that was making explosives for the war, 50 imperial tons of TNT exploded after a fire broke out.  It outright destroyed the factory, started fires from the hot remnants flying for miles, and killed seventy-three people.

The name “Spanish Flu” is a misnomer in the sense that while the virus did not originate in Spain, war reporting meant that the neutral Spanish were the only ones reporting about the virus when it first took hold in Europe.  It was thought to have been brought into the city by soldiers returning from the war.  It killed widely and astonishingly quickly, so much so that between October 27 and November 2, 2,200 people died in the city.

1919 – Police Strike and Creation of the Flying Squad

A police strike that began the previous year for greater pay and unionizing had a sequel in 1919.  The second strike was not as popular since the National Union of Police and Patrol Officers that led it was replaced with the more effective Police Federation of England and Wales by the government.  Approximately 2,000 officers who participated in the strike in London and Liverpool were dismissed, but the coppers ultimately got the standardized pay and rises they sought.

The government established the Imperial War Museum in 1917, but its first location did not successfully open until 1920 at Crystal Palace.  In keeping with its imperial status, museum trustees for the board were appointed from India, South Africa, Canada, Australia, and New Zealand.  The museum was a bit controversial at the time it opened, as some Members of Parliament felt it would foster a “war spirit”.  Today, the IWM has one of the greatest collections of military artifacts and serves as a memorial to all those who gave their lives for their country.