You are here: Home / Guides / Top Ten London: Top 10 Things to See and Do in Belgravia 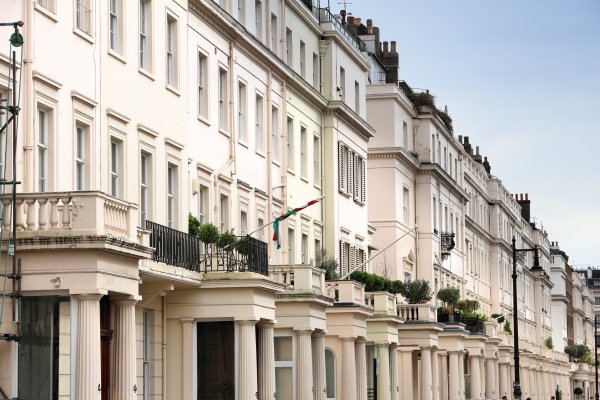 One of the more affluent areas of London, Belgravia of the Middle Ages was a vastly different place known as Five Fields in which it was likely you’d find yourself poor courtesy of a thief or highwayman.  The area’s reputation changed once King George III moved into what was then Buckingham House and a row of homes was constructed on Grosvenor Place.  Its maintained its status as an upscale place to live ever since and in addition to the homes of wealthy British nationals, foreign businessmen, and diplomats, it has a number of great places to visit and things to do.

You won’t be able to go inside, and there’s no museum here, but 22 Ebury Street has an English Heritage Blue Plaque to mark what was once the home of James Bond creator Ian Fleming.  The author lived here from 1934 to 1945 during his long tenure with British Naval Intelligence.  The house gets a nod in Moonraker as the home of Sir Hugo Drax.

If you’re looking for a pub with some history, you need to go no further than The Grenadier.  Named after the type of soldier first seen in the 17th Century, the site of this pub was once a soldiers’ barracks and the pub itself was actually the officers’ mess. As such, everything inside has a military theme to it, and it’s believed that the ghost of a soldier caught cheating at cards haunts the pub.

Walk the streets of Belgravia and count the flags you see.  You likely won’t be able to go in if you’re not a citizen of that particular country, but Belgravia is home to over a dozen embassies, consulates, and other foreign governmental buildings.  Nations such as Ghana, Bahrain, Spain, Norway, Finland, Egypt, and more all have diplomatic buildings here just a stone’s throw from Whitehall.

Afternoon Tea at the Goring

Afternoon Tea is a British institution, and the Goring Hotel presents that cultural experience with award-winning flair.  With prices ranging from 49 to £69, you can enjoy some the tastiest scones, sandwiches, and cakes along with Bollinger champagne.  The tea selection is absolutely fantastic, so you should be able to find your favorite blend or opt for coffee instead.

London has plenty of art galleries, but Ministry of Nomads is its own unique haven for artists in the city.  Self-described as a “new sustainable art system,” Ministry of Nomads travels the world to find the most creative artworks and also encourages innovative new pieces in any medium through its MON Artist Award.  Whether you just want to browse or you’re looking to buy, there are plenty of one-of-a-kind paintings, sculptures, sketches, and more here.

Christmas Markets are another wonderful feature of London, and Belgravia has two of the best in the city.   Pimlico Rd and Elizabeth St become home to dozens of market stalls, street food, and Christmas festivities.  Everything from Christmas carols to Father Christmas himself can be found in both markets to really help you get into the holiday spirit, and the storefront windows are also done up with Christmas displays.  The markets typically run throughout December.

A fine example of the neighborhood’s extravagance can be found at Dominique Ansel Bakery.  The world-renown pastry chef from New York City’s sole London location is in Belgravia, serving up everything from Ansel’s famous Cronut to cookies, sandwiches, and even frozen s’mores.  Of course, it’s a little on the pricey side, but these delicious treats are certainly worth your money.

One of London’s top concert venues, Cadogan Hall was built as a Church of Christ, Scientist worship hall in 1907 and is Grade II listed.  The building was converted into the 950-seat concert hall in 2004 and is home to many varied musical performances such as a tribute to David Bowie’s discography, Carmen, and the Pinchas Zukerman Summer Concert series, among other colorful concerts.  Be sure to check the schedule and plan the best time to visit.

Just off of Knightsbridge, St. Paul’s Church is one of the city’s excellent examples of a Victorian church.  Its simpler edifice belies a beautiful interior, which includes a tribute to the First Aid Nursing Yeomanry in World War II, who often worked with the Special Operations Executive behind enemy lines and tiled panels displaying the life of Jesus.  Be sure to check the schedule for weekly events including concerts.

A centerpiece to the neighborhood, Belgrave Square Garden is two hectares of greenery surrounded by gorgeous townhomes, many belonging to the previously-mentioned embassies.  The garden was designed by George Basevi and planted by Thomas Cubitt in 1826.  It contains statues of famous individuals, pergolas covered in Wisteria, a tennis court, and more.  The only hang-up is that the gardens aren’t open to the public, but you can get in if you can find someone with a key to accompany you.