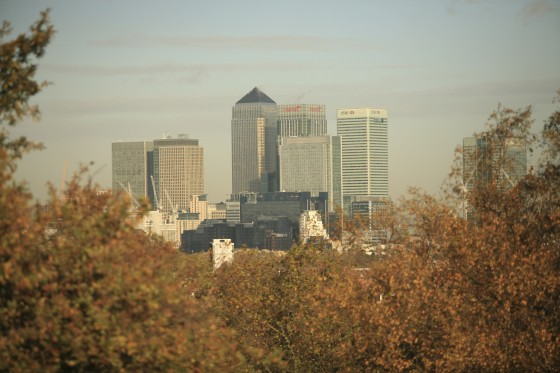 Our friends at Visit Britain have put together a great list of places in London that have the best views! Check it out!

1). London Eye – on a clear day they say you can see around 25 miles from the top – as far as Windsor Castle! The EDF Energy London Eye is 135m high – equivalent to 64 red telephone boxes piled on top of each other.

2). The Monument – was built to commemorate the Great Fire of London in 1666 and to celebrate the rebuilding of the City. It was erected close to the baker’s house in Pudding Lane where the fire began. You need to be fit to reach the top – there are 311 spiral steps to the Monument’s observation gallery; but for those unable to make it to the top there is a “live” image via a video screen display near the base of the Monument.

3). Tower Bridge – climb up to the High Level Walkways, 42 metres above the River Thames, for great views east and west, from this famous London landmark, which was painted red, white and blue to celebrate the Queen’s Silver Jubilee in 1977 – before that it was painted a chocolate brown colour. The walkways were originally opened to allow people to cross when the bridge was raised – this happens about 1000 times a year. In 1952 a London bus driven by Albert Gunton had to leap from one bascule to the other when the bridge began to rise with the number 78 bus still on it.

4). Richmond Hill – The celebrated view of the Vale of the Thames (looking upriver) from the summit of Richmond Hill has long been the inspiration of writers and artists, including Turner. The view is actually protected by an Act of Parliament, of 1902.

5). Restaurants – Michelin-starred Galvin at Windows is located on the 28th floor of London Hilton on Park Lane in trendy Mayfair, and the restaurant and bar have breathtaking views over the capital, including iconic sites such as Buckingham Palace, The London Eye and Hyde Park. Other good places for food with a view include the Tate Modern restaurant on the 7th floor of the South Bank gallery, offering great views along the Thames and across to St Paul’s Cathedral; the Oxo Tower Restaurant:,Vertigo 42 in the BT Tower and Paramount in the Centre Point building

6). St Paul’s Cathedral – climb 259 steps to The Whispering Gallery, which runs around the interior of the Dome. It gets its name from a quirk in its construction, which makes a whisper against its walls audible on the opposite side

7). Greenwich Park – climb up the hill in Greenwich Park to the Wolfe statue, for great views back over the park, Canary Wharf and towards North London

8). Primrose Hill – The top of Primrose Hill, in north London, is 63 metres above sea level and the view over London is now protected in planning law. Visitors can look down on the zoo in Regent’s Park and further afield to landmarks such as Canary Wharf, the North Greenwich Arena and the BT Tower. They may also spot a film crew because Primrose Hill has become a popular movie location with British directors. The view from the top was used in the 1987 spy thriller The Fourth Protocol and it starred in the opening credits of Bridget Jones: The Edge of Reason (2004).

9). See the city from the top deck of a bus – with The Original London Sightseeing Tours or Big Bus Tours

10). From a boat: Many of the most iconic buildings in London can be viewed from the River Thames – with the choice of a cruise boat, a faster Thames Clipper or a high speed RIB boat.

11). Get a bird’s eye view of the city with a helicopter tour

12). And coming soon? There are plans to construct a walkway over the 02 Arena/North Greenwich Dome, hopefully in time for London2012.