You are here: Home / Guides / Top 10 London: Top Ten Things to See and Do in Stockwell 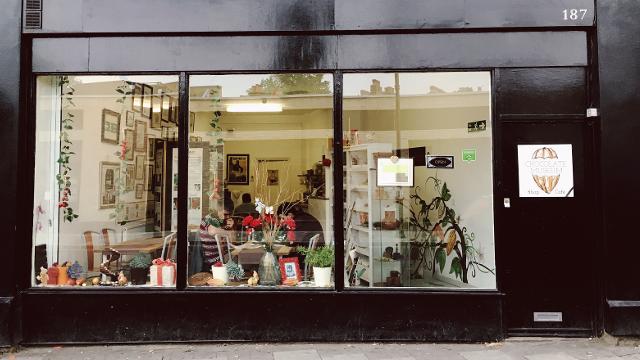 Stockwell was once part of a sprawling country estate before the expanding London turned it into a middle-class suburb in the 19th Century.  Since that time, Stockwell has seen mixed fortunes, much was rebuilt after World War II and the district became a home to several public housing estates.  Part of the larger Borough of Lambeth, Stockwell today offers plenty to see and do from unique shopping to delicious history.  Even if you don’t think there’s something here that might interest you, we’re willing to bet one of the ten places we have listed below might change your mind.  If you have any favorite spots of your own in Stockwell, you can let us know in the comments.

A 180-seat theater that encourages up-and-coming talent, the Stockwell Playhouse is an Off West End Theater that was once part of South Bank University.  It used to be known as the LOST Theater until 2015 and puts on a number of different plays as well as serving as the host for the One Act and Five Minute Festivals.  While it appears the theater may have closed for now, it’s hard to imagine this space staying vacant for too long.

Whereas in the past many municipalities discouraged skateboarding, more are building special places for those to engage in their hobby.  The Stockwell Skatepark, also known as the Brixton Beach or Brixton Bowls, is a place where people of all ages can practice their skateboarding, rollerblading, bmx biking, and more.

One of the positive things to come out of the London Blitz, Slade Gardens was constructed out of the damage the bombs wrought on Brixton houses.  The gardens are public open space with playgrounds, benches, walkways, and public art.  Perhaps one of the most important pieces in the park is the playground equipment made to look like the Beatles’ Yellow Submarine.

Phonox is one of Stockwell’s best small music venues.  Whether you’re going for a night out at the club or wanting to catch an up-and-coming band, Phonox is the place to be.  In addition to the killer dance floor and DJ setup, the club also has a great place for drinks and cocktails set against an elegant background.

Pop Brixton is a valuable community center in London, having transformed undeveloped land into a performance venue, restaurants, and shops.  An unconventional type of construction, Pop Brixton’s buildings are made from refurbished shipping containers.  Markets, fairs, concerts, and more can all be found in Pop Brixton, so be sure to check the schedule to see what’s coming up.

The importance of David Bowie to world culture and music cannot be understated.  Originally a piece of graffiti painted on the side of Morley’s Department Store, the mural by Australian artist James Cochran was completed in 2013 and depicts Bowie during his Ziggy Stardust period.  It became a memorial to the icon after his death in 2016 with fans placing flowers and tributes by it.

With Stockwell Playhouse currently out of commission, the Landor Theater is one of the top theater venues in Stockwell.  The theater opened in 1994 as The Cage Theater and operates a pub downstairs with the stage and seating above the pub.  Also known as Landor Space, the Landor’s stage puts on standup comedy, dance, drama, and more, so be sure to check out upcoming schedule.

Voted one of the best pubs in the area, their taps include local selection from Brixton Brewery and 5 Points Brewing.  Additionally, the Duke of Edinburgh has a fantastic beer garden with tons of seating.  The kitchen has been sourced out to White Men Can’t Jerk, specializing in jerk chicken and other Caribbean dishes.

The top music venue in the area, O2 Academy is located in a Grade II listed building and sees all manner of music from rap to K-Pop.  The Academy is one of the largest non-arena venues in the city and has been voted best venue of the year by NME in twelve different years since 1994.  Be sure to check the calendar to see who’s coming and plan accordingly.

Anyone with a sweet tooth will want to check out the Chocolate Museum.  Started by French artisan chocolatier Isabelle Ayala in 2013, the museum seeks to educate the public about the history of one of the world’s most favorite sweets.  The Chocolate Museum features a number of artefacts and exhibits on the history and production of chocolate as well as workshops on how to make your own chocolate.