You are here: Home / Guides / Top 10 London: Top Ten Things Things to See and Do in Kingston upon Thames 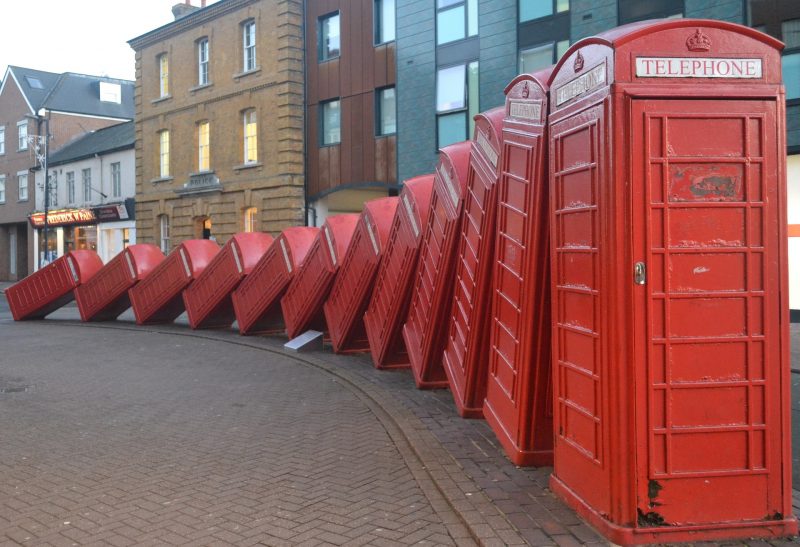 Moving to another of Greater London’s outermost boroughs, Kingston Upon Thames was once the home of Saxon kings, from which its name derives.  Saxon kings were consecrated in Kingston through to Æthelred the Unready after which proceedings moved to Westminster Abbey for Harold Godwinson and King William I.  It was granted a town charter in 1200, and as with much of Greater London, it was swallowed by the city beginning in the 19th Century and became a manufacturing center for military aircraft beginning in the 20th Century.  Today, Kingston upon Thames is a lively part of the London suburbs living in the past as well as the future.  We’ve found ten places in the borough that you ought to see, and you can let us know your own favorite spots in the comments.

It may not seem like much, but Coombe Conduit once provided nearby Hampton Court Palace with fresh water.  These two buildings (now in the ownership of English Heritage) drew from nearby springs to bring water to the royals who lived in Hampton Court.  The Tudor buildings are open from 2-4 pm every second Sunday.

It’s not often that I’ll consider putting a shopping center on this list, but Bentall Center is a quite impressive shopping destination.  It was built on the site of the former Bentalls department store, with the new department store anchoring the rest of the mall.  The atrium ceiling is so tall that it’s actually higher than the nave of Westminster Abbey.

Not too far away from Bentall Center is the place where Kingston commerce originated.  The Ancient Market Place got its start in 1242 and is anchored by the 19th Century Market House and All Saints Church.  Dozens of stalls operate here seven days a week from 10 am to 5 pm selling all manner of goods.  The market went through a £3 million refurbishment to provide new stalls, so it’s worth checking out on any day of the week.

Found in front of the Guildhall in Kingston, the Coronation Stone harkens back to a time before the Normans came when Saxon kings ruled England.  The ancient sarsen stone is believed to have been the site on which these Saxon kings were consecrated as monarchs when the ancient church of St. Mary stood here.  That church collapsed in 1730, and this stone was salvaged as a piece of that ancient Saxon history.

While St. Mary’s may no longer be standing, the borough is still blessed with the presence of All Saints Church, which has been a part of the community’s spiritual life since it was finished in 1120.  With such history, All Saints is actually the only Grade I listed building in all of Kingston.  Built on the orders of King Henry I, it is a gloriously designed Norman church with impressive monuments, stained glass, marble, and more.

The Rose Theater has now been in operation for over ten years and is presently the largest producing theater in South West London.  The interior layout was based upon the original Rose Theater of Elizabethan times that saw productions by Christopher Marlowe and William Shakespeare.  The modern Rose puts on a wide variety of works, so be sure to check their schedule to see what’s coming.

Turk Launches and the Riverside Walk

The Thames is certainly a draw for any part of London it runs through, and Kingston is no different.  One of the easiest ways to see the river is taking a stroll down the Riverside Walk past the lovely buildings and greenery.  For something a bit quicker, the Turk Launches are one of the largest family-owned businesses in Kingston, hosting river cruises down the Thames in a variety of wheeler boats that will help you feel as if you stepped back in time.

Out of Order Phone Box Sculpture

One of the more unusual, and famous, sights in Kingston is Out of Order by David Mach, a sculpture in the form of twelve disused red telephone boxes that have been tipped up to lean against one another in an arrangement resembling dominoes. The work was commissioned in 1988 as part of the landscaping for the new local relief road, and was described by its creator as “anti-minimalist”. It’s become famous all over the world and many may not realize that it’s in Kingston Upon Thames.

With such a rich history, the Kingston Museum should be a top destination for anyone wanting to know more about the borough.  Adjoining the Kingston Library, the museum’s construction was funded by the great philanthropist Andrew Carnegie and features exhibits from Kingston’s Saxon past up to the present day.  One of the great permanent exhibits is the Eadweard Muybridge Gallery, featuring the work of the photographer who spent most of his life in the borough.

Also known as the Raeburn Open Space, Berrylands Nature Reserve is a lovely local nature reserve and Site of Borough Importance for Nature Conservation.  Berrylands represents 12 acres of plants and wildlife that is managed by the Kingston Council and run by volunteers.  Streams, meadows, and woodlands are just some of the varied habitats you can find here.  Often described as a jewel of the urban borough, it should be a top place to visit.