You are here: Home / Culture / London’s Autumn Season: Ten Things to Do in London This Coming Autumn 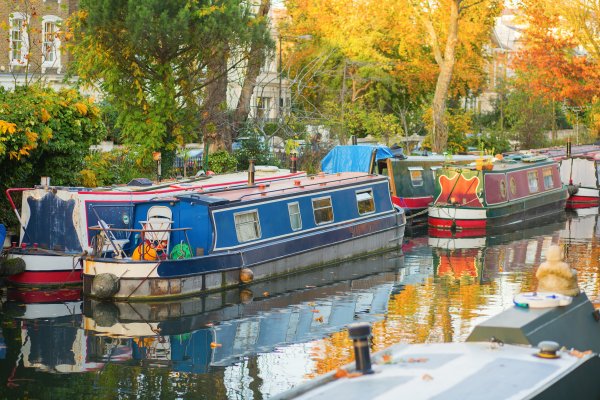 Autumn is a wonderful time of the year just about anywhere in the world, and no more so than in London.  You can believe that no matter what day it is, there’s going to be something to see and do.  From street festivals to culinary celebrations, pageantry to tradition, and sport to costuming, there is much London has to offer from September through November.  We have outlined ten of our favorite things to do during this time, but you are more than welcome to add your own favorite events in the comments.

Certainly one of London’s many iconic images, the Pearly Kings and Queens decked out in their finest traditional attire are one of the city’s must-see events come harvest time.  Falling on September 16th this year, the harvest festival begins with a march from Guildhall to St. Mary Le Bow Church for a Thanksgiving service.  If you show up to watch, you can expect plenty of traditional dancing and music.

Falling on September 1st and 2nd this year, the London Brunch Fest celebrates all things surrounding this meal merging breakfast and lunch that has captured this generation’s appetite.  Held at the Old Truman Brewery, some of London’s finest restaurants and bakeries send their top creations for festival attendees to eat and drink.  There are also opportunities to shop, dance, and take courses to further your own culinary skills.

Celebrating the life of the river that gives life to the city, the Totally Thames Festival runs throughout the month of September.  Practically all the events have something to do with the river, such as concerts in the bascule chamber underneath Tower Bridge, the Race for Doggett’s Coat and Badge (the world’s oldest continually hosted boat race), and exhibitions on rivers of the world, amongst many many more activities.

American expats might not get that many opportunities to see a real American football game while in London, but every year the NFL plays parts of its International Series games at Wembley.  The Jacksonville Jaguars are perennial visitors to the matches, but several other teams make the rounds as well.  What’s more, the NFL practically takes over the city with a fair, exhibits, and interactive games, so there’s something to do beyond just watching the match.

The festival of lights known as Diwali is a major part of Trafalgar Square’s events every autumn and puts on display what Diwali means to the Hindu, Sikh, and Jain religions that represent the various belief systems of India.  You can expect a full celebration of color throughout, not just with fireworks and lights, but also plenty of dancing, music, and traditional food.

Africa on the Square

Of course, it’s not just British-Indians that get to have fun at Trafalgar Square, Africa on the Square celebrates the many countries and cultures that make up this vest continent and the immigrants who brought their vibrant traditions to England.  Much like with Diwali, there’s an entertainment sage, a vast market, and plenty of street food to indulge your palette.

Everyone loves an excuse to get into fancy dress, whether you plan to trick or treat, are heading to a party, or going out on the town.  However you plan to dress, the city has many exciting ways to spend the holiday including horror film screenings, Halloween-themed clubs, ghostly walking tours, or concerts featuring the spookiest tunes ever written.

Since Guy Fawkes originally attempted to blow up Parliament with a group of conspirators in 1605, it has been an annual tradition to burn him in effigy to celebrate the resiliency of the British people.  More than just burning “guys” (as they’re known) in the street, the fireworks show is certainly the biggest part of the night.  You’ll want to make sure you plan in advance if you want a good view as optimal spots along the Thames get taken up quickly.

The City of London, though part of the Greater London Authority, still has its own Lord Mayor elected from the liverymen comprising all the city’s livery companies.  Following his or her election, the Lord Mayor’s Show is the ceremonial opportunity for Londoners to get to know the new Lord Mayor as he or she parades from the Mansion House to St. Paul’s Cathedral and the Royal Courts of Justice.  It’s quite the spectacle, and certainly one of the largest events in the City of London come November 10.

The biggest of the winter festivals in London, Winter Wonderland take s up a huge section of Hyde Park.  Beginning in November, visitors can take part in a variety of winter and holiday activities, even though it’s still technically Autumn.  Rides, games, shops, and food are just some of the fun you can experience there.  The lights are absolutely spectacular, and if you’re ready for the Christmas holidays, Winter Wonderland will certainly help you get into the spirit.