You are here: Home / Culture / Buildings / The London Fiver – Five of the Strangest London Landmarks

In a society as straight-laced as British society can sometimes be, you tend to find tiny acts of rebellion in the form of creative and unusual expressions. Plenty of cities are full the eclectic, the strange, and the weird. London is no exception and you find plenty of odd things to visit within the city. Statues, art pieces, museums, and even homes can offer up some of the strangest things that you will see in London. Have a look at five such places below and be sure to check them out the next time you’re in the city. 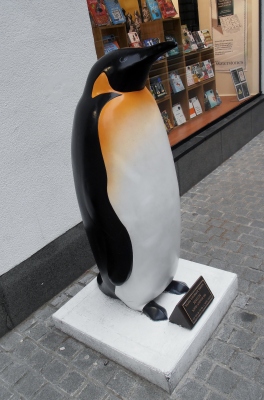 The London School of Economics has an organisation for its alumni called the Penguin Club. The club recognises students who have graduated in the last five years and have made a donation to the school’s Annual Fund. In tribute to the club’s mascot, Clare Market features an 80 lb. aluminum statue of a penguin. It cost $10,000 to make and was a gift from Canada. It’s actually been stolen twice: once in 2001 and again in 2009. The second time the thieves left a pair of flippers behind. After the second theft, students left flowers, penguin chocolate bars, and tins of sardines in memorial. There is another statue now that hopefully won’t be stolen anytime soon.

2. The Elephant and Castle 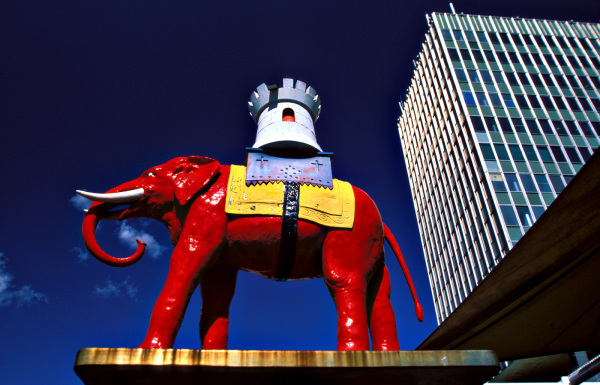 At a road junction in Southwark features another of the city’s oddest landmarks. It is thought that the area was named for a pub that once stood in its location. Several other pubs since the original have been located there and the current pub can be found at 119 Newington Causeway. The famous statue of the elephant and castle can be found outside the shopping centre on New Kent Road. 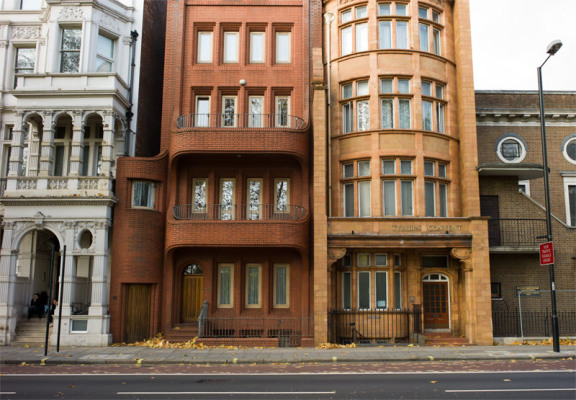 The city’s smallest house dates back to 1805 and is just one metre wide. It’s thought that the house was built to block a right of way and it served as a watch house for the local graveyard as body-snatching was quite a popular money-making activity (the cadavers were sold the medical schools). The original house was struck by a bomb during the London Blitz and the current building serves as part of the Tyburn Convent. Lewis Grant Wallace was and has been the home’s only tenant since it was built and there’s no telling if the sisters use it. 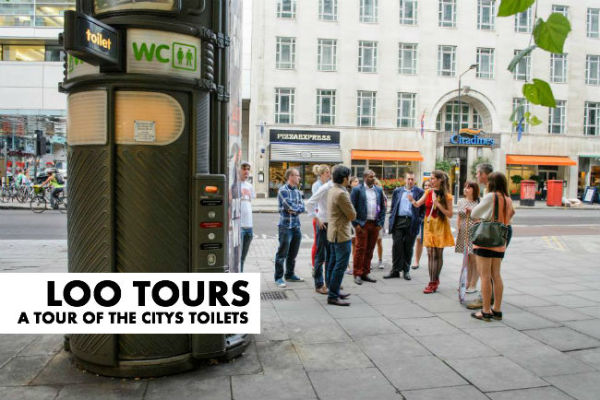 Ever found yourself fascinated about the most architecturally interesting toilets in London? No? Well, London Loo Tours takes you on a visit of public toilets notable for their heritage, size, or location. Tours are primarily conducted by Rachel Erikson, also known as The Loo Lady, who carries her plunger proudly through the streets giving people actually fascinating information on public sanitation. Tours typically end a bar called the Cellar Door that used to be a men’s public toilet. If you want to skip the tour and still see a place that used to be a toilet, the city has plenty of other bars and cafes that used to serve this function. 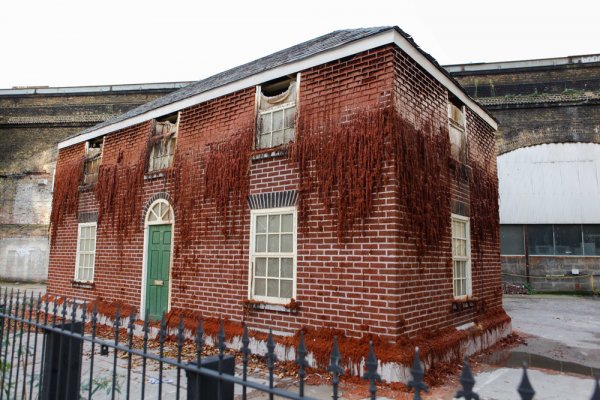 Alex Chinnick built this art installation to look like a small Georgian house, but the difference is that, unlike a real home, this one is made entirely of wax. Its some 8,000 bricks were cast in paraffin wax in beds of terracotta sand and is being slowly melted using hand-held heaters. The house was a temporary art installation in Southwark. Failing that, Chinnick is sure to be working on another mind-bending art piece in London in the future.