You are here: Home / Culture / The London Fiver – Five Brilliant Things to Do in London in the Autumn 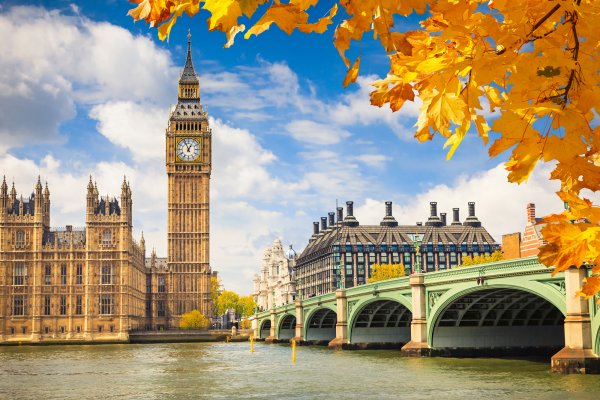 Autumn brings with it a changing of the leaves and new activity and pageantry to London.  In the past, we’ve covered a variety of autumn events including the NFL International Games, Diwali on the Square, and the Lord Mayor’s Show, amongst others.  Of course, there is plenty more to do in the city and we have five more events for you to attend from September through November, so grab your pumpkin spice drink, take your coat out of the closet, and see what else London has to offer during the cooler months.  Let us know some of your favourite autumn events in the comments.

Throughout the month of September, the Totally Thames Festival celebrates the London’s great river both on and off the water.  Totally Thames comprises a series of art shows, regattas, river races, and other events up and down the Thames.  Tide Fest has everything from angling competitions to kayaking, while the Big Bottle Count helps to give back to the river by counting and picking up plastic trash that washes ashore. You can find many other events on the Totally Thames Festival’s website, so you can celebrate the Thames in your own way.

Despite the name, Oktoberfest is a September event that celebrates the wedding of King Ludwig I of Bavaria.  Of course, you don’t have to go to Munich when you can celebrate the UK’s largest Oktoberfest in London from 28 September to 1 October and then again from 5 October to 8 October at Canary Wharf.  Of course, you can expect both weekends to offer a great amount of German beer and dishes under tents that resemble a traditional Biergarten with plenty of oompah music.  If you can’t make to Canary Wharf, plenty of London’s pubs have special events as well.

Plenty of the most fantastic buildings in the city aren’t open to the public except during September every year.  From 16 to 17 September, you can get in for free to many closed venues across London.  The event is meant to celebrate the architecture of the city and its diversity and includes private homes, public spaces, churches, businesses, and some of the city’s most iconic skyscrapers.  You’ll need to visit the event’s website and pre-order the guidebook to see which locations will be open and what walking tours are available. It’s held the third weekend of September every year, so it’s something you can plan future trips to London around.

Held a few times throughout the year, 26 to 28 October sees the next Museums at Night event, in which many of the city’s museums stay open past their normal hours.  Fulham Palace, the Benjamin Franklin House, the London Canal Museum, the National Gallery, and more host special events for the three-day period.  Being so close to Halloween, some events have a spooky theme to them, such as the Halloween classical concert at Handel & Helix House Museum.  If you can’t make any of the listed events, you can still check out which museums stay open late on special nights each month.

“Remember, remember the Fifth of November…” November 5th sees the celebration of the time Guy Fawkes failed to blow up Parliament and special events will be held all over London.  While bonfires and the burning of effigies are comment activities, there are plenty of fireworks displays to take in as well.  Battersea Park, Crystal Palace, and Victoria Park are just some of the places where you can see the sky light up, though for my money, the Southwark Fireworks Display presents the best views since the fireworks go off against the backdrop the most iconic buildings along the Thames.  There are also plenty of fun fairs to visit with your family with great food and rides.  Keep an eye out for plenty of interesting effigies, as some of them take on the looks of notorious public figures and objects of ridicule.