You are here: Home / Columns / London Fiver / The London Fiver – Five Ancient Ruins in London to Visit That Haven’t Been Swept Away By Time

London is an ancient city.  Even before the Romans established their settlement of Londonium, people had lived in the area.  However, the Romans were the first to erect permanent structures here, some of which have survived today as ruins, hiding amongst the buildings that succeeded them and today’s skyscrapers.  Of course, not all of these buildings are Roman, and some of London’s ruins are the result of German bombing during World War II.  We’ve highlighted five of our favorite ruins from across the centuries below, but you can let us know your own favorites in the comments.

The wall was built by the Romans as part of their settlement and was the first stone defensive wall constructed for the city.  It was built in 200AD and stood for nearly 1700 years, and surviving fragments can still be found around the border for the City of London, including one or two of the bastion towers.  Historic UK provides a map for anyone who wants to tour the remaining segments of the wall, and other available tours will introduce you to other parts of Roman London. 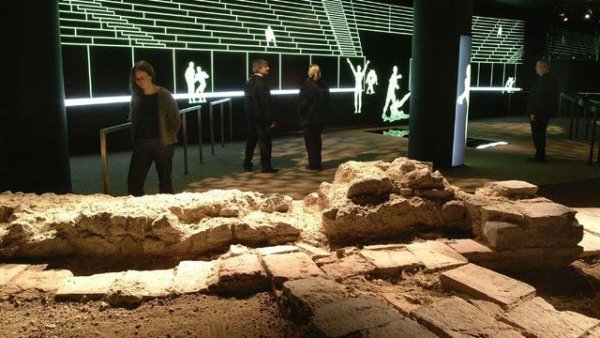 Speaking of such, the Romans built the city’s first amphitheater from wood sometime in the 70s AD and revamped it during the 2nd Century.  Lost to time after the withdrawal of the Romans, the London Guildhall, home of the City of London municipal government, was built directly on top.  It was during the redevelopment of the Guildhall’s art gallery in 1985 that the ruins were uncovered, and now it’s a dedicated monument as part of the gallery.  The Guildhall provides tours of the ruins and even the opportunity to handle actual Roman artifacts under the watchful eye of a seasoned archaeologist. 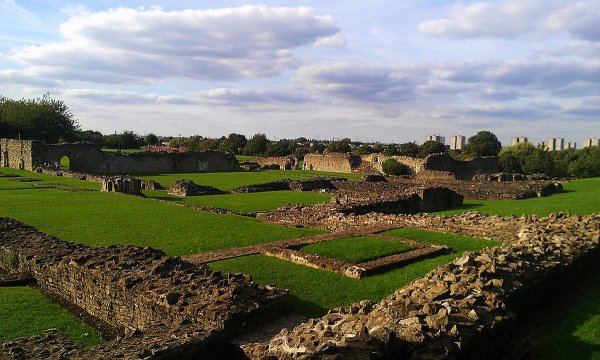 If you ever wondered from where Abbey Road gets its name, the answer is Lesnes Abbey, which used to be located along the road in Abbey Wood before King Henry VIII got his hands on it.  The Abbey was built beginning in 1178 and is believed to have been an act of penance by Richard de Luci, Chief Justice of England, for his part in the murder of Thomas Beckett.  It fell as one of the first church buildings to be closed as part of the Dissolution of the Monasteries, and it became farmland until an active effort to excavate it began at the turn of the 20th Century. 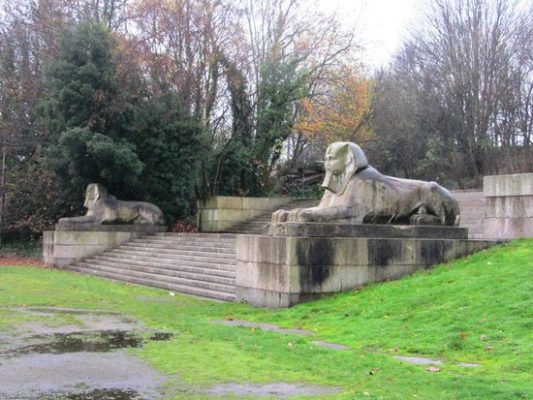 Built for the Great Exhibition in 1851, Crystal Palace was a massive wood-and-steel structure that remained an iconic part of London’s advancement in science and technology until a fire claimed it in 1936.  The Palace’s towers survived but were torn down in World War II as it was feared they would provide markers for German bombers.  Much of the stone structures that remained are still on the property today, including many statues that formed the Dinosaurs Park.  Crystal Palace Park is a fun day out and a great reminder of the original event that sparked the creation of the Albertopolis. 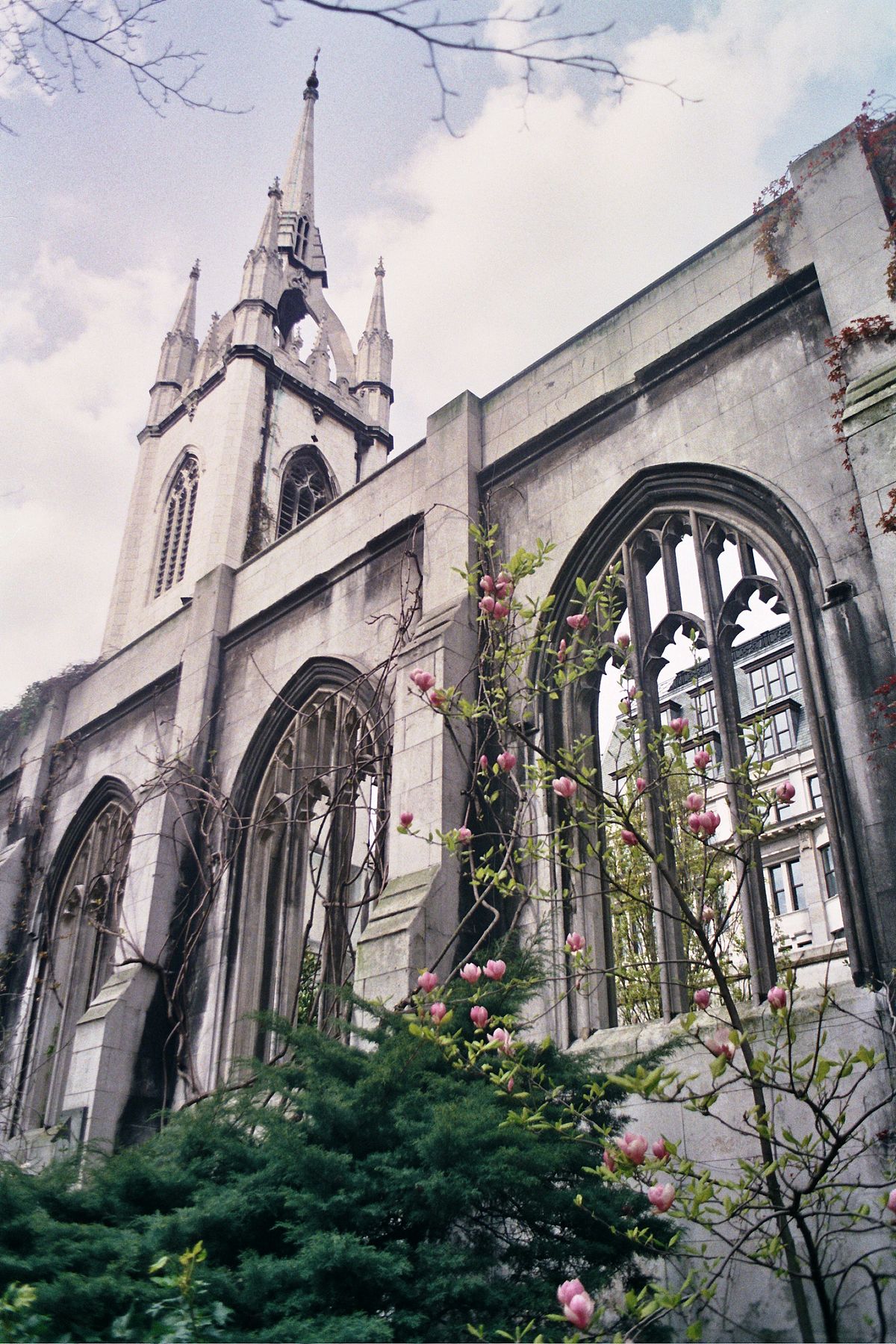 While what remains of the Crystal Palace avoided the bombs of the London Blitz, many other structures were not so fortunate.  The church was one of many reconstructed by Sir Christopher Wren following the Great Fire of London in 1666, specifically the tower and steeple.  Unfortunately, nearly everything but Wren’s contributions and a couple of walls were destroyed during the London Blitz in 1941.  What remains was turned into a gorgeous park amidst the church walls.  Today it is one of the city’s many secret gardens and even still hosts services on Easter Sunday and other major Christian holidays.