You are here: Home / Site News / Featured / The London Fiver: 5 of the Most Interesting Libraries in London You Can Visit On Your Next Trip 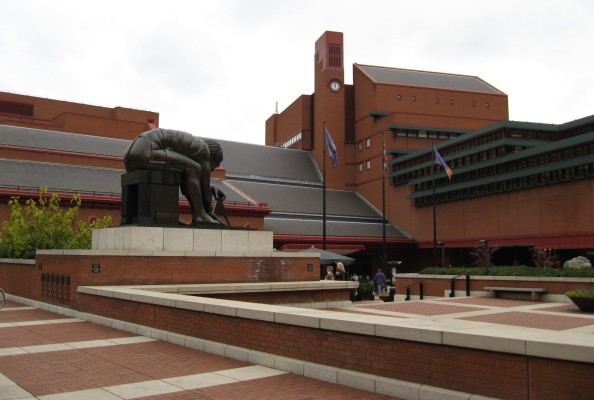 If you’re anything like me, you enjoy books. Not just reading them on your Kindle, mind, but holding a book in your hands, smelling the pages, and letting your eyes travel across the words. As good as a nice book is, it is complemented by an excellent library. Of course, there is no shortage of great libraries in London as well as a number of very interesting libraries throughout the city. Additionally, these libraries don’t necessarily have just books in them, so have a look below at five of the most interesting and let us know your favourites in the comments.

As you might guess, the London Metropolitan Archives is the library for all records related to the Greater London area. Prior to 1997, it was known as the Great London Records Office. With its oldest document going back to 1067, it is *the* place for information about the city, regardless of whether you want to study how the city dealt with the Black Death or want to trace back ancestors who lived in London. The Archives have a number of collections and exhibits on display and is open to the public, receiving some 30,000 visitors per year.

Barbican Centre is one of the greatest performing arts venues in London. As such, it also has an extensive music library that boasts the largest CD collection in the UK, which you can listen to in private booths. If you want to make rather than listen to music, there are practice pianos that you can book to entertain your friends or work on your latest piece. The Barbican Song Index will let you research their database for sheet music from a variety of genres that you can check out from the library. There are also exhibitions that you can visit covering Chinese art to music of WWI.

The Women’s Library at the London School of Economics is the school’s main library and one of the largest resources for women’s history in Britain. The library’s collection includes over 60,000 books and pamphlets, 3,000 journals, 5,000 museum pieces, and 500 archives. The Library has its origins in the London Society for Women’s Suffrage and was established in the mid-1920s. The Library was housed at London Metropolitan University until it nearly closed in 2012, at which time the London School of Economics became the custodian for the library and its collections.

The Victoria & Albert Museum is the world’s largest for decorative arts and boasts and impressive library to go with its collections. The National Art Library is located on the first floor of the V&A and was built from 1877 to 1883. You’ll need a Reader Ticket to look at the materials, but anyone can get one free of charge when the library is open from Tuesday through Saturday. Once you have this, you ca read any number of books on art, from collections of the greatest painters to comics and children’s books. Users can make copies or use a bookable digital camera for material that cannot be photocopied. Be sure to take in your surroundings while you’re there, as the library is Grade II listed.

Saving the best for last, the British Library is the largest library in the world in terms of catalogued items. This is helped by its status as a legal deposit library, which means that it receives a copy of every book published in the United Kingdom. Originally, the library was part of the British Museum and its reading room was worth visiting on its own. However, the BL legally separated in 1973 and then moved into its current building in St. Pancras in 1997, while the reading room in the museum closed last year while its future is being decided. There are at least 170,000,000,000 items in the library and not just books, but maps, music scores, sound recordings, and more. You can explore any wealth of knowledge there from the sounds of the British seashore to the entire history of animal fables.