You are here: Home / Culture / Theatre / Ian McKellen’s One-Man Show Comes to the West End for One Man Show from September 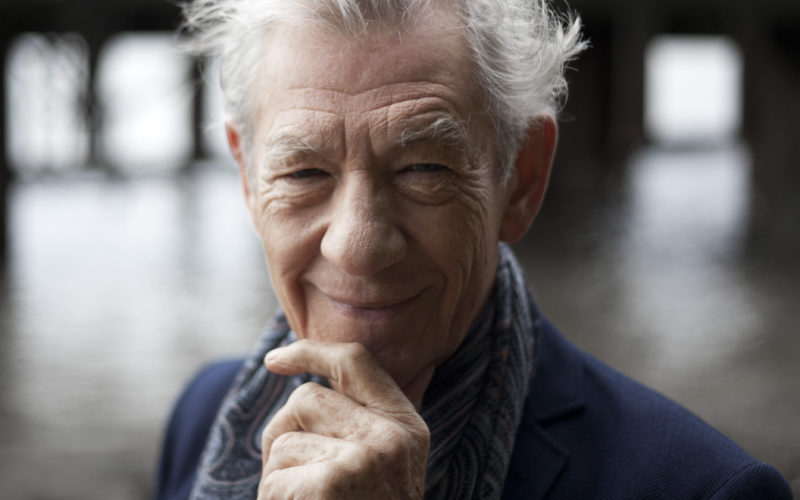 Ian McKellen has been touring Britain, doing a one-man show based on his career, raising money for charity in celebration of his 80th birthday. The show sold out and he’s been wowing crowds all over Britain. Now, news has come in that he will continue to the show with an extended run in the West End at the Harold Pinter Theatre starting September 20th. It will continue until January 2020. Tickets are now on sale – I would recommend booking as soon as possible!

Here’s the official info from the press release:

The Show will transfer to the Harold Pinter Theatre from September 20th 2019 with all profits benefitting theatre charities. The season follows an unprecedented, sold-out tour of over 80 venues the length and breadth of the UK in celebration of McKellen’s 80th birthday year. Tickets are on sale today.

The acclaimed tour has thus far raised over £1million for causes related to the venues it has visited and will pass £2million when it ends in Orkney in August. The total target for money raised by the end of the tour and West End run is £3million.

Tickets for the new West End run will go on sale at 10am on Friday 14 June 2019 via www.ianonstage.co.uk including 80 tickets per performance for just £10. Audiences are encouraged to book early to avoid disappointment.

“Taking this new Show to 80+ theatres around the country, has been a joyful birthday present to myself.  I’ve played mainly in theatres I knew well as a young theatregoer and actor. On my birthday, I was in Bolton Town Hall where my dad used to work. It began last February with 15 theatres in Greater London and will end in Orkney.

Soon I will be back in London, for a limited season in the West End, raising much-needed funds for theatre charities. For each performance at the Harold Pinter Theatre, I’m glad that there will be 80 tickets at just £10.

As for the Show? Ask someone who’s seen it. Come and find out.”

Here’s all the booking information you will need! Tickets are on sale now!

IAN MCKELLEN ON STAGE
With Tolkien, Shakespeare, others …and you!
Presented by Ambassador Theatre Group Productions
Directed by Sean Mathias
www.ianonstage.co.uk
www.atgtickets.com

IN THE WEST END:

*Performance on 1st November at 2:00pm
*No performances from 2nd – 7th November

Tickets from £10 at www.ianonstage.co.uk or www.atgtickets.com