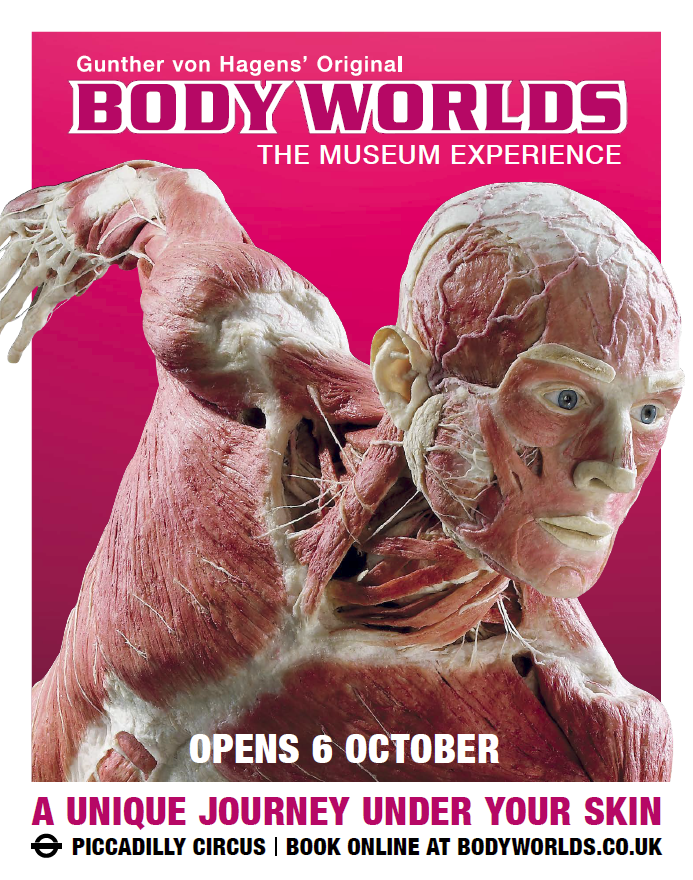 When Ripley’s Believe it or Not in Piccadilly Circus closed earlier this year, we all wondered what would replace it since it was such a prominent location. Well, now we have an answer. Body Worlds, the famous exhibition that showcased real preserved bodies in various states, is getting a permanent home in London.

Body Worlds is coming to 1 Piccadilly Cirus. You probably remember these bodies from the famous scene in James Bond. The Body Worlds exhibit traveled the world, making a splash wherever it stopped (including two visits to London over the years). The technique used to preserve the bodies is called plasticization and it was developed by Gunther van Hagens.

Now 200 exhibits will fill The London Pavilion in Piccadilly when it opens on 6 October, exploring the reproductive, nervous, cardiovascular, respiratory, locomotive and metabolic systems “in more detail than has ever previously been possible”. It’s curated by creative director, and von Hagens’ wife, Dr. Angelina Whalley.

From the official press release:

“BODY WORLDS is a transformative experience that illuminates the miracles of the human body which we take for granted every day. The ultimate intersection of entertainment, education and healthy living; this exhibition literally confronts us with how the body absorbs and reacts to the dizzying range of stimuli humans are exposed to in the 21st century. We are thrilled to finally open up a BODY WORLDS Museum in London.”

You can already book tickets on the official website here.

I’m not particularly squeamish and this looks really cool, but I don’t think it’s something I’m going to go out of my way to see. What about you?