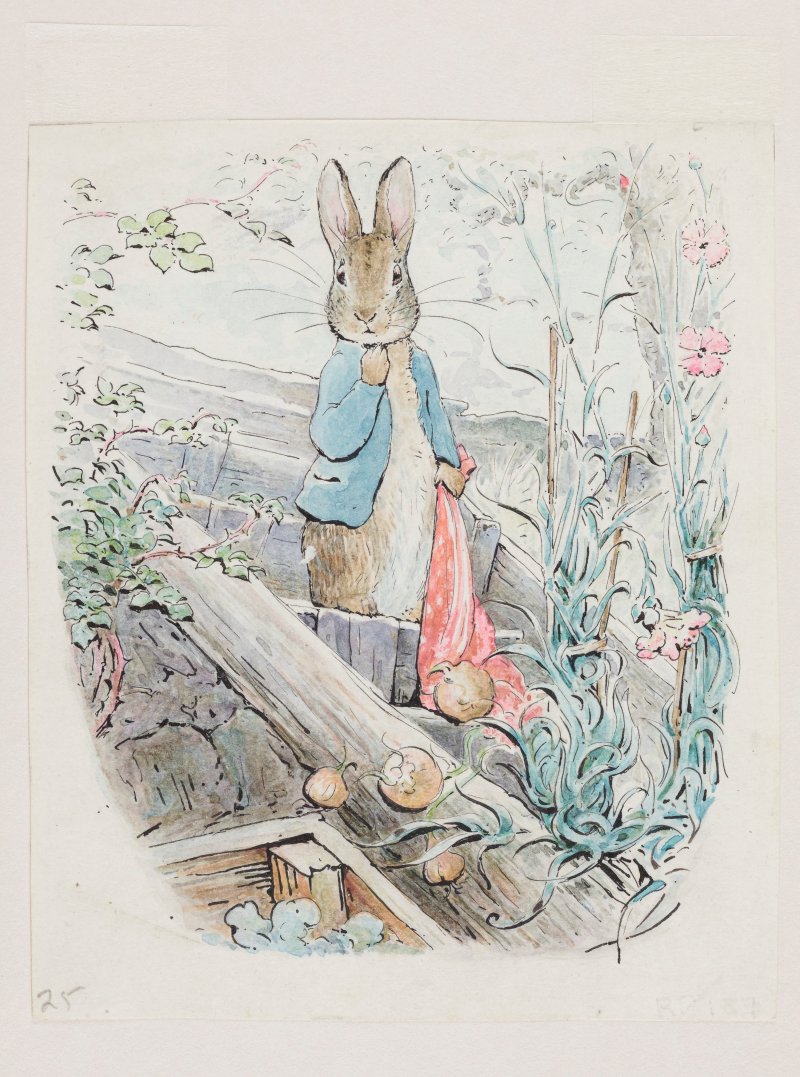 The Victoria and Albert Museum (V&A) has joined forces with the National Trust for an exhibition telling the life story of author Beatrix Potter.

Potter, who lived between 1866 and 1943, remains well known for her children’s books featuring animals, such as The Tale Of Peter Rabbit, but was also a prominent natural scientist and conservationist.

Across four sections, the exhibition at the V&A in London will follow Potter’s journey from the capital to the Lake District, where she eventually settled.

The first section, Town and Country, will offer a backdrop to her childhood in South Kensington in London and feature key objects from Potter’s early years, including an album of family photographs taken by her father as well as artwork and furniture from the family home.

Under the Microscope, meanwhile, will highlight her interest in natural science.

Featured in the section will be a reimagining of the schoolroom she shared with her brother Bertram at Bolton Gardens in London, featuring some of their earliest observational sketches, from the schoolroom menagerie to a cabinet used to store their collection of butterflies, beetles, bird eggs, shells, rocks, and fossils.

Potter had more than 92 pets during her lifetime and took inspiration from some of them for her stories, most notably her domesticated rabbits Benjamin Bouncer and Peter Piper.

A Natural Storyteller will look at her journey to becoming a best-selling author before Living Nature explores her life in the Lake District and celebrates her impact on the natural landscape.

In later life, Potter became an award-winning sheep farmer and respected member of the local rural community, and visitors will be transported to the Lake District through an immersive video depicting life in the hills.

Annemarie Bilclough, Frederick Warne curator of illustration at the V&A, said: “Beatrix Potter was a town mouse longing to be a country mouse.

“Visitors will be familiar with the extraordinary legacy of Potter’s storybooks, but in this exhibition will discover how her talent at making her characters real emerged from a long-standing curiosity for the small details of nature, which could have almost led her down a different path.

“We hope Beatrix Potter: Drawn to Nature will inspire the next generation of artists and storytellers, but also natural scientists, conservationists, and farmers.

“Potter’s story shows that through talent, passion, and perseverance, life can take unexpected twists and turns, and great things can grow from inconsequential beginnings.”

Helen Antrobus, assistant national curator at the National Trust, said: “We’re delighted to be working in partnership with the V&A to shine a light on the full life and legacy of a remarkable, multifaceted woman.

“The National Trust is proud to care for the items and places which were special to Beatrix.

“From Hill Top, her traditional Lake District farmhouse filled with trinkets and furniture and still presented as it was in Beatrix’s lifetime, to the vast Monk Coniston estate and 14 traditional Lakeland farms with their flocks of Herdwick sheep.

“Thanks to her pioneering conservation efforts and generous bequest of her homes, farms, and land to the National Trust, we’re able to continue her legacy caring for the landscape, traditions, and Lakeland way of life that inspired Beatrix so they can continue to inspire others.”