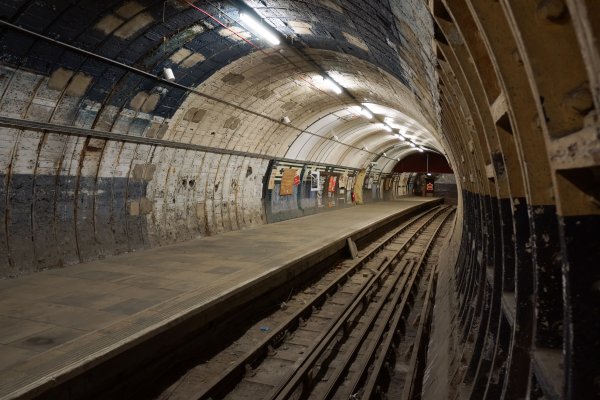 Hidden London tours are some of our favorites. We’ve been on two – in fact planned two trips around them. They’re an excellent opportunity to explore bits of London that are normally closed off to visitors. You can read about one of our tours here.

I received an email this morning outlining the next schedule of tours. Here are the details:

From Churchill’s secret disused station, to exploring a labyrinth of subterranean passages at Clapham South, to art deco style at 55 Broadway – London’s first skyscraper in 1929, our new season of Hidden London tours will transport visitors to bygone eras.
Film fans will love our Charing Cross: Access All Areas tour where blockbuster movies like Skyfall and Paddington Bear were filmed, while Euston: The Lost Tunnels tour offers a glimpse of quiet and spooky passageways below Euston’s bustling station. Now you can find out how Highgate station is home to protected species and we’ve also added a small number of new architecture tours of the iconic Charles Holden and Leslie Green London Underground stations to our Hidden London programme – be quick, these ones are sure to be snapped up.
Tickets will go on sale to the public at 10:00, Friday 6 April but London Transport Museum newsletter subscribers will be sent a priority booking link on Thursday 5 April at 10:00 – allowing you an exclusive 24-hour booking window.
In order to speed up the booking process, we advise setting up a London Transport Museum account before trying to purchase tickets. If you already have a London Transport Museum account, please make sure you know your account login details and password before purchasing tickets. If you need to reset your password, please do this in advance of tickets going on sale.

You can sign up for the LTM Newsletter here to get 24 advance notice – these tours book up very fast so it’s important to get any edge that you can.
Details about each tour follow:

Get an intimate peek into one of London’s most intriguing hidden spaces. Located in Mayfair between Hyde Park Corner and Green Park stations, Down Street had a short life as a working station from 1907 to 1932, but became critical to winning the Second World War when covertly transformed into the Railway Executive Committee’s bomb-proof headquarters. Experience the warren of narrow tunnels where the nation’s railways were coordinated and Prime Minister Winston Churchill secretly took refuge at the height of the Blitz.

Journey 180 steps underground to explore one of eight deep-level shelters that exist across London. Opened to the public in July 1944, Clapham South deep-level shelter has over a mile of subterranean passageways that reveal the extraordinary stories of those who sheltered here, from Londoners seeking refuge during the Blitz, to Caribbean migrants arriving on the Empire Windrush, and even thrifty visitors to the Festival of Britain.

Explore the disused spaces of Charing Cross Underground station, and go behind closed doors to exclusive areas not accessible to the public. Walk under Trafalgar Square and see London Underground in a different light. Closed to the public since 1999, the Jubilee line platforms at Charing Cross are now synonymous with movie and TV filming. This is a unique opportunity to view the sites where blockbuster movies such as Skyfall (2011/12), Paddington Bear (2013) and TV’s 24 (2014) were filmed.

Think you know Euston station? Think again. Discover a labyrinth of dark and dusty passageways which were once used by the travelling public. See a gallery of preserved vintage advertising poster fragments that have been concealed for over 50 years. Learn about the newest innovations to the Tube and Network Rail station that serves over 42 million passengers each year and witness the remains of its past before the site is transformed for the arrival of HS2.

Join TfL experts and enthusiasts for an exclusive tour inside London’s first skyscraper, 55 Broadway. Considered radical and offensive when unveiled in 1929, this Grade I listed structure is now a marvel of Art Deco London. Your tour will give you elite access to London Underground’s iconic former headquarters and a new perspective on the capital city as you journey up 14 stories (mostly by lift) of beautifully detailed offices, grand meeting rooms, and stunning rooftop views.

Discover a station reclaimed by nature. Redeveloped with Charles Holden architecture in 1940, Highgate was set to become a bustling interchange as part of the Northern Heights project. Find out why it now lies in a secluded vale as an urban wilderness home to protected species.

Our new station architecture tours include Holden Goes West, The Stations of Leslie Green, Looping The Loop and Semi-detached Holden. Uncover the bold architectural principles behind Charles Holden’s Piccadilly line extension and find out how design can solve the tricky logistical problems posed by busy stations. You can also learn how Frank Pick, Managing Director of the Underground Group applied his ‘fitness for purpose’ concept to London Underground station design.