You are here: Home / Travel / Attractions / London Alert: Imperial War Museum London Reopens Tomorrow and We Have a Moving First Look at the WWI Centenary Redevelopment 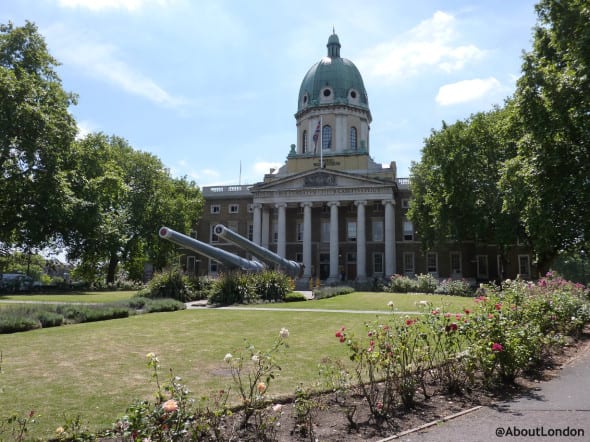 Even before WWI ended, in 1917 the Imperial War Museum was being established by the British government as a way to ensure the war was not forgotten and to chronicle the war “to end all wars”. The museum moved to its current home in 1936, on the site of the notorious Bedlam Hospital/Asylum that was here from 1810 to 1930.

The flagship of the Imperial War Museum’s five locations reopens in London on Saturday 19 July 2014 with new First World War galleries and a reconfigured central atrium allowing new larger objects to be displayed. It had been closed for quite some time while they redeveloped the museum.

There was the ill-fated short reopening last year when it was truly hideous to visit because of the noise of the building work so they closed again to complete the first phase of the £40 million redevelopment project.

The museum is reopening in time to take the lead in the centenary commemorations of the First World War this summer (and which will be continuing until 2018).

The central area of the building has been designed by Foster + Partners and is now four floors high. That means they dug down a level and it reaches from the basement to the roof. It had been felt that the area was too cluttered so there is now a feeling of more space with just nine large objects on display including a Harrier Jet, a Spitfire, a V-1 rocket, a T-34 tank and a Reuters news agency Land Rover damaged by a rocket attack in Gaza. 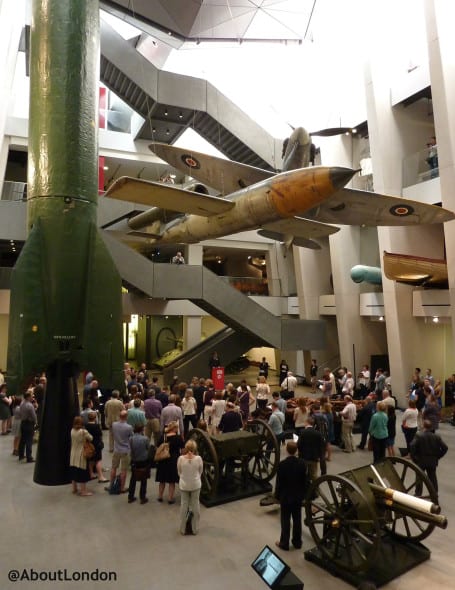 There are, apparently, 400 objects from the IWM’s collection on display in the atrium but I think that includes all of the galleries which overlook this central space. There are 1,300 objects on display in total throughout the museum. 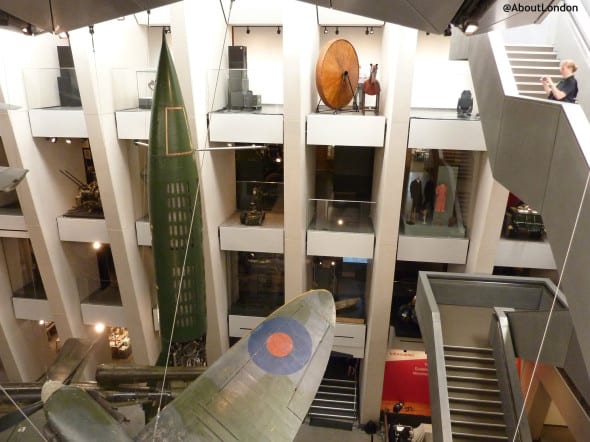 My first thought was yes, this space definitely has a ‘wow factor’. The museum are actually going to position staff near the steps leading down to Level 0 as they too feel visitors will be impressed and distracted looking up and everywhere when walking down the steps.

These new galleries are on Level 0 too and I was impressed to see a video of sign language and a braille gallery floor plan near the entrance. There was also a sign advising that the content could mean you might want to take a rest but the only seats I saw were within the galleries so it was hard to get away when needed. 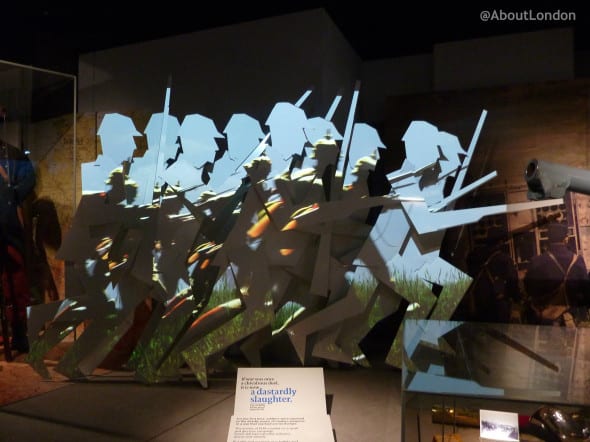 It was immediately clear that these galleries are truly ‘designed’ what with the love of angles and folds everywhere as no information label is just flat any more. 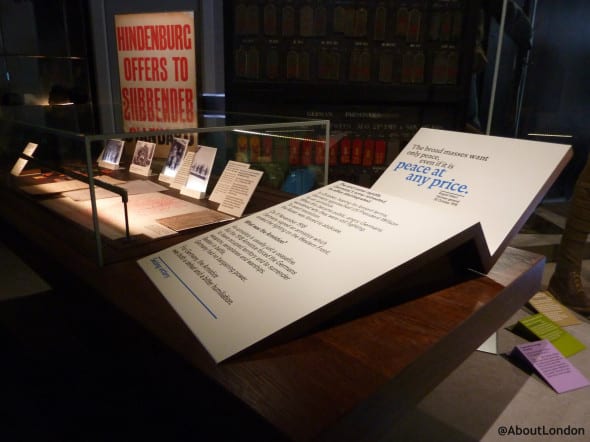 There are photos, interactive tables, video screens, artwork, keepsakes, uniforms and more. It’s a diverse collection grouped into themes. In Shock you hear the scream of shrapnel shells and in Deadlock there are trench signs such as ‘Piccadilly Circus’. 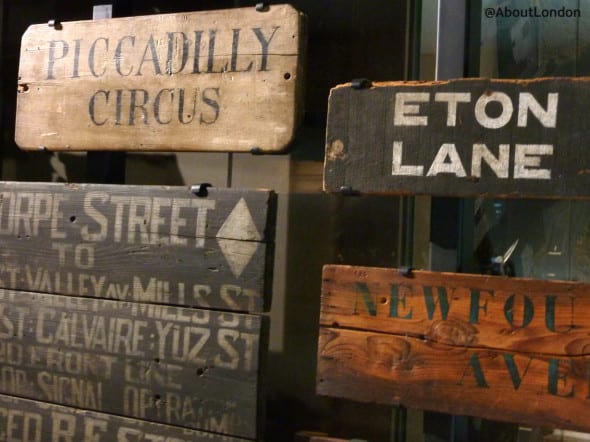 There’s a lot to see and it’s all dark so allows you to focus on the exhibits. There are atmospheric sounds everywhere from digging in the trenches to gunfire and I soon started to feel pretty overwhelmed. I look for a way out and couldn’t see one and I didn’t want to sit in the gallery to rest; I wanted to take a break and think about what I was seeing. I also started to feel physically sick and couldn’t find a way to leave except by following the route through the next rooms to the exit. This bothered me as, personally I was not feeling well from seeing some of the horror, but for other visitors who might also need that space away from it without having to see everything in one go. As a friend pointed out to me afterwards war is horrific so it’s actually not surprising I was shocked but this isn’t IKEA so there’s no reason visitors shouldn’t be able to leave part-way through and return later. 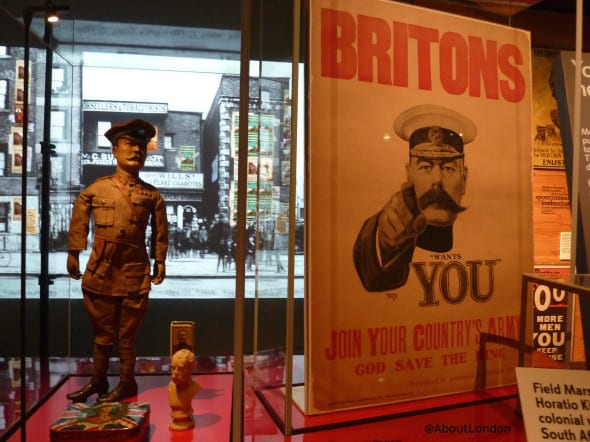 It’s not that it’s all blood and guts in there but I was definitely affected by the exhibits from the young boy’s letter asking to be a bicycle messenger, to the wooden bomb catapult available from a London department store. 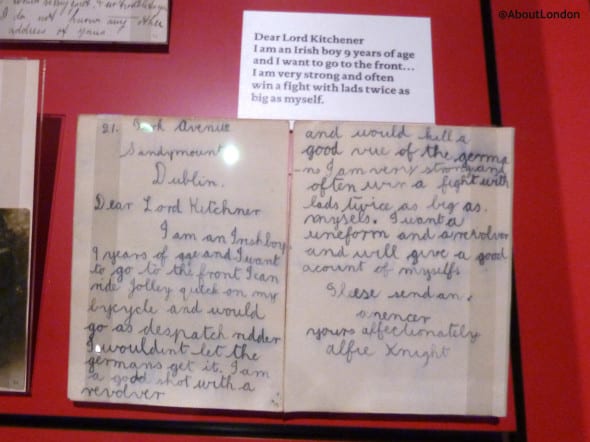 The sniper robe was the stuff of nightmares and that was the point I knew I wouldn’t be bringing my 8 year old daughter to see these galleries for some years. There are low-level children’s activities right nearby yet I can’t imagine children not freaking when confronted by something so scary.

I did ask the museum staff if there was a minimum age for the First World War galleries, as the Holocaust exhibitions suggests over 14s, but there is no age limit. 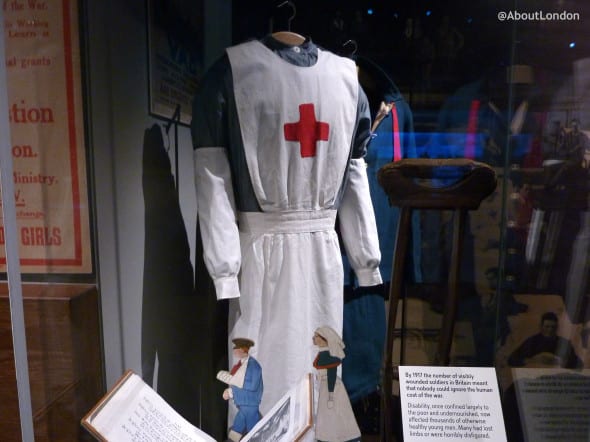 Oddly, the new ‘trench experience’ is quite underwhelming and many commented that they thought return visitors wouldn’t be at all impressed if they’d tried the old ‘trenches’ here. 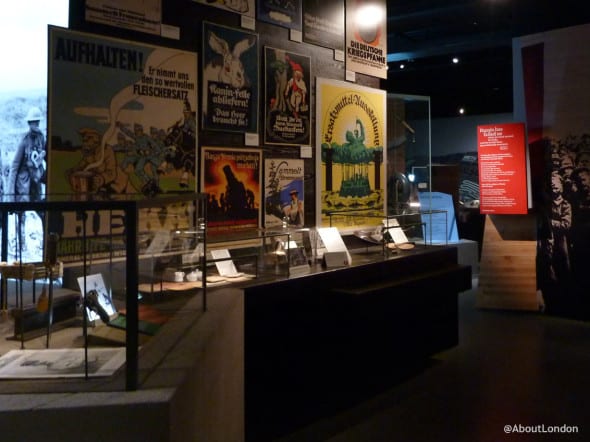 The Rest of The Museum

Once recovered, I did explore the other floors and found the ‘design’ team had probably lost the plot after completing the First World War galleries. There were signs with some sort of colour coding and labels near the start of each section but no information near the actual exhibit you were looking at. I watched other preview visitors trying to work out what they were viewing and getting just as confused as I felt. 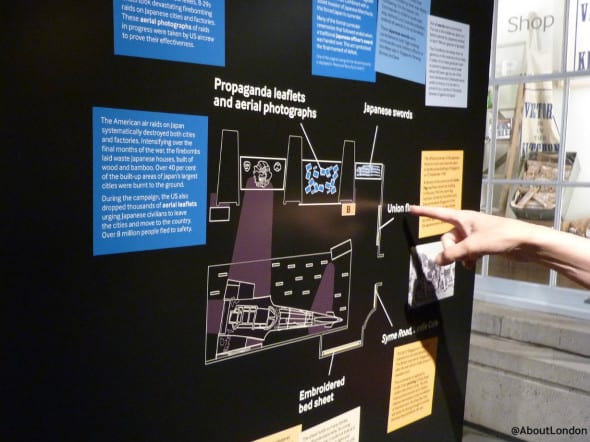 I did find the ‘A Family in Wartime’ gallery was still the same and the Holocaust exhibition appeared to be unchanged too. I truly hope there will be a good audio guide or multimedia handheld tour option available as no-one is going to know what’s on display. I wasn’t able to find any information about such things when I was there and have found nothing on their website.

The subject matter here does call for time for reflection and I was surprised there are no seats in many of the galleries to allow visitors the opportunity to contemplate and simply to rest as it can be overwhelming. I say nowhere but, of course, that’s an exaggeration as there is the new Peyton & Byrne cafe which will open out onto the park. (I say ‘will’ as it wasn’t finished three days before opening when I visited.) But it seems odd/wrong that the only place to sit is in the cafe when most art galleries provide a few bench seats so visitors can stop for a while.

I Didn’t See It All

It’s hard to take it all in on one visit and I didn’t see the Jewish couple’s trunk on Level 1 that had been sent ahead of their planned escape from Nazi Germany yet they both died at Auschwitz. I didn’t see the ‘prefab’ house on Level 2 telling the story of how Britain began to rebuild itself after the Second World War. And I never found the parcel containing parts for Saddam Hussein’s ‘super-gun’ on Level 3. And I now remember I looked up from the atrium floor and saw the Spitting Image puppet of Margaret Thatcher yet I never did find it when I went up.

I also didn’t look at the new Truth and Memory – British Art of the First World War gallery as I was simply too overwhelmed by the visit at that point. 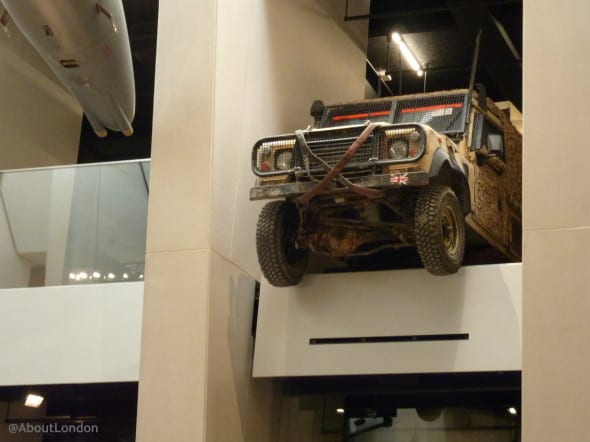 The Next Phase of Redevelopment

Up at the Level 4 roof terrace there is a small display about the work still planned at the museum. The main entrance will change from having central steps to create a new entrance at ground level straight into the atrium.

As I missed quite a few of the exhibits I am tempted to go back soon to have another look around but I don’t think I’ll be taking my daughter as although I always thought of the Imperial War Museum as a great family destination I no longer see it that way. It is good at what it does – telling the story of war – but I think parents of younger children should think carefully before taking them there.