You are here: Home / Culture / Movies / The Top 11 London Based Movies – Best Movies Set in London

London is one of the most filmed cities in the world. Movies are how many Anglophiles, whom are unable to travel there, attempt to experience a small bit of Britain.

For many years up until my first trip to Britain, I took comfort in watching as many London movies as I could. Many have become my favorite movies – not all just because they take place in London. Some are just damn fine movies.

While one cannot rely on movies to portray an accurate picture of what London is like, there is still nothing like curling up on the couch on a cold Saturday night and watching a London movie.

So, here’s the official Anglotopia Top 10 London Movies. You can either rent DVDs of these films to enjoy at home or buy them using the links provided. Obviously, this list is my own opinion and if you think any of these movies are rubbish, by all means tell us in the comments! 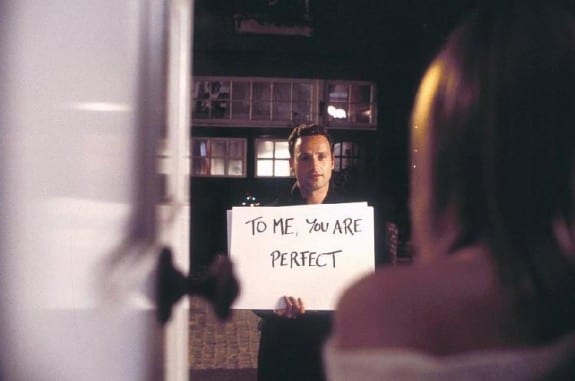 Not only our favorite London movie, but also our favorite Christmas movie. In Love, Actually, London is a background character, which is OK. The stories of the various characters in the movie unravel against a Christmas themed backdrop that’s hard not to notice. I especially love the insight into what a British Christmas season is like – it’s a lot different than America’s! My favorite subplot involves the heartsick writer played by Colin Firth – even though that subplot doesn’t really take place in
London! 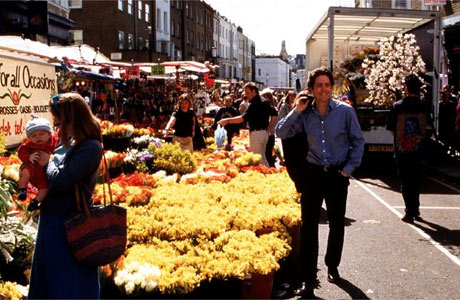 It’s hard to believe that this movie is over ten years old. It seems like just yesterday that I saw this movie in the theater with my grandparents. If you’d told me 10 years ago, I’ve would have been to London 6 times by 2010 as well as the actual Travel Bookshop featured in the movie, I would have thought you were crazy. But this was the movie that started it all. While the love story is not particularly wonderful and there is zero chemistry between Hugh Grant and Julia Roberts, the ensemble cast is lovely and so is the neighborhood that is Notting Hill (though many decry this movie because it forever changed the neighborhood).

The subject matter in this movie is a bit of a downer, but again, characters light up London with life. London is a background character that facilitates the plot and doesn’t draw too much attention to itself. Hugh Grant is brilliant as a self absorbed single man, learning what it means to be a real person who cares about people by starting a strange relationship with a boy with a troubled mother. Oh and Rachel Weisz is in it. Worth watching for that alone.

Buy About a Boy

If Rene Zellweger is great at one thing, it’s fattening up and donning a British accent. Hugh Grant plays his best roles when he plays a scumbag – and he does not disappoint this lovely romantic film. It’s one of the first movies my wife and I saw together and we treasure it to this day and a wonderful London love story. Don’t bother with the sequel, it’s one of the worst movies ever made (Thai prison? Really?).

Another downer of a movie, but it tells a story that many people don’t even know exist. That is the story of the underworld of illegal immigrants that keep London in motion. The main character says it best when he says: “Because we are the people you do not see. We are the ones who drive your cabs. We clean your rooms. And suck your **** (this is a family blog…).” There is some very disturbing plot twists in the movie and when it’s over, you’ll wonder why you would watch such a movie. But London is there and the characters will stay with you forever. 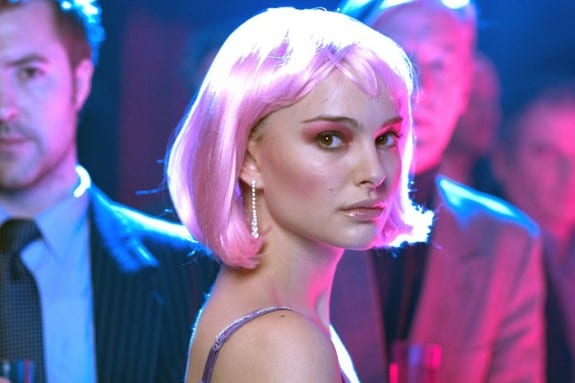 Another adult themed movie. The dysfunctional sexual relationships between 4 people play out against a grey, dull backdrop that is London. London is the one character the endures through the whole movie, the one character that doesn’t end up worse than when it started. Many people don’t like the adult themes in this movie – but I just love the twisted mind games the lovers play with each other. It all just seems so genuine. This is also the movie famous for the scenes where Natalie Portman plays a stripper – which, if you’re a dude like me, is quite nice.

Woodie Allen’s first foray in filmmaking in London also happens to be the best Woodie Allen movie I’ve ever seen. Mostly because he’s not actually in it. The story concerns an up and coming tennis star who meets a lovely rich girl, marries her takes and dream job as a banker – getting everything he could possibly want out of life. So, of course, he’s going to have an affair with a beautiful – and nuts – American. It does not end well for all parties involved and certainly not in a way you’d expect. One of the only movies that has truly surprised me. 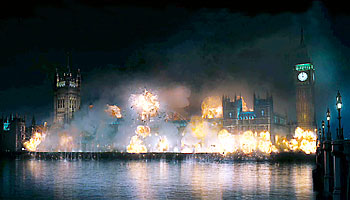 What better way to enjoy London landmarks than by watching them blow up! Based on the comic book of the same name, V for Vendetta imagines an alternate London where the British government is run by fascists, there’s no freedom for anyone which gives rise to an unlikely hero out for vengence. Natalie Portman is also in this film and does a good job as Evie – though it feels like her character is abused more than necessary. The finale at the end – blowing up Parliament set to the 1812 Overture is about as much fun you can have watching a movie.

Probably the movie that made Gwyneth fall in love with London. The plot is interesting as it deals with something we’ve all pondered about – how would our lives be different if we turned left instead of right. The movie is rather lame and somehting a little confusing to follow as Gwyneth is playing two identical characters… but the story is serviceable and if you’re in love with London – you’ll enjoy it. 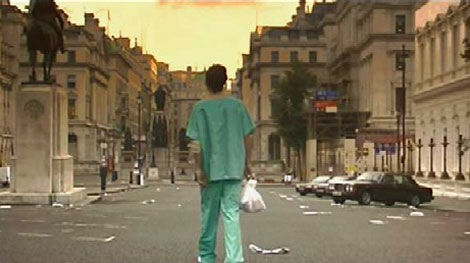 I’m not a big fan of Zombie movies or being terrified but no London movie list is complete without mentioning 28 Days Later. The plot follows one man who wakes up 28 days after a zombie apocalypse and finds himself in a deserted London. The first 15 minutes or so of the movie, as the main character wanders around magnificently empty London streets – where they actually filmed – are breathtaking. London looks to calm and peaceful in the absence of people. It’s sequel 28 Weeks Later is not nearly as good but is also filled with plenty of London eye candy.

This is a new London movie and it’s a gem. The story concerns a loser security guard that lost the girl many years before by deserting her on the wedding day. He still holds a torch for her though. Enter the new boyfriend on the scene – a smarmy American hedge fund trader who runs charity marathons for fun. To try and impress his ex-love the main character played by Simon Pegg endeavors to train for an upcoming marathon to prove to her that he’s got what it takes. Some lovely London scenes as well as some hilarious comedy by Simon Pegg make this an very enjoyable comedy to watch.