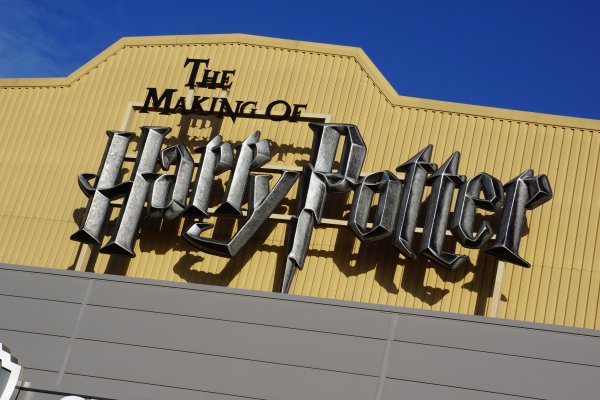 Since the days of silent films, London has had a number of studios producing movies that entertain audiences all over the world.  Today, several major studios can be found within the city itself and in the outer reaches of Greater London.  The studios present in the city today are responsible for some of cinema’s biggest blockbusters from Harry Potter to Star Wars.  Some of these studios have tours or museums that you can visit, while others are closed to the public (unless you happen to work there).  Have a look at these five well-known studios and let us know some of your favourite films that were made there in the comments.

Twenty miles west of Central London, Pinewood Studios is one of the city’s biggest television and film production centres.  J. Arthur Rank had the studio constructed on his estate in 1935 based on Hollywood’s studios in California.  Today Pinewood has sixteen soundstages with the largest being 59,052 square feet and is home to some of the world’s biggest franchises, including James Bond and Star Wars, with The Force Awakens, Rogue One, and The Last Jedi all filming there.  Unfortunately, no tours are available.

Owned by Pinewood Group, Norman Louden began the studio in 1931 for his own film company and opened it in 1932.  British Lion Films took over the studio after World War II, and despite its financial ups and downs, the studio produced some incredible classics such as The Third Man, The Guns of Navarone, Alien, and Gandhi, amongst others.  It merged with Pinewood in 2001 and became a major location for Disney films such as Alice Through the Looking Glass, Guardians of the Galaxy, and Into the Woods.  It’s a bit smaller than Pinewood with fifteen sound stages, the largest of which is 30,000 square feet.  Like other studios for Pinewood Group, it is not available to tour.

There’s been a movie studio on Ealing Studios’s site since 1902, but it wasn’t until theatre producer Basil Dean acquired it in 1929 that he transformed the studio into Ealing in 1931 with Stephen Courtauld and Reginald Baker.  Ealing would go onto be the top comedy film studio in the UK, producing such films as Passport to Pimlico, The Lavender Hill Mob, Whiskey Galore!, and The Ladykillers, amongst others.  More recently, the studio has made well-known films such as Shaun of the Dead and the St. Trinian’s series.  It should also be noted that insanely-popular period drama Downton Abbey also shot there.  Unlike Pinewood’s studios, tours have been permitted in the past, but information about whether the studio currently offers tours is scarce, and the website is under construction.

A more recent addition to this list, 3 Mills Studios got its start in the 1980s after the building was converted from a distillery.  It’s probably the smallest studio on this list with 11 stages (the largest is only 13,483 square feet), but it’s also produced a number of well-known films such as Frankenweenie, Mr. Holmes, and The Inbetweeners 2.  More than just a film studio, 3 Mills also has two theatre practice stages and hosts television productions from Noel Fielding’s Luxury Comedy to Luther.  No information appears to be available for touring the facilities.

The furthest out of London’s studios, Warner Bros. owns this 80-hectare facility in Leavesden on the furthest edge of Greater London but is only a quick drive or bus ride from the centre of the city.  Leavesden had been an airfield in the 1940s, but was later abandoned and then turned into a film studio by Eon Productions when Pinewood was all booked up as production began on Goldeneye.  Warner Bros. first became involved in 2000 during the production of Harry Potter and the Philosopher’s Stone and fully purchased it in 2010.  The 350,000 square feet of studio space includes thirteen stages and one of the largest heated interior water tanks in Europe.  Warner Bros. is the only major studio to have a permanent base in the UK and most of its European films are produced there, including the Harry Potter franchise, Fantastic Beasts, Pan, and The Man from U.N.C.L.E.  The studio is also the only one of the larger studios to have a dedicated tour, which includes many of the Harry Potter sets.