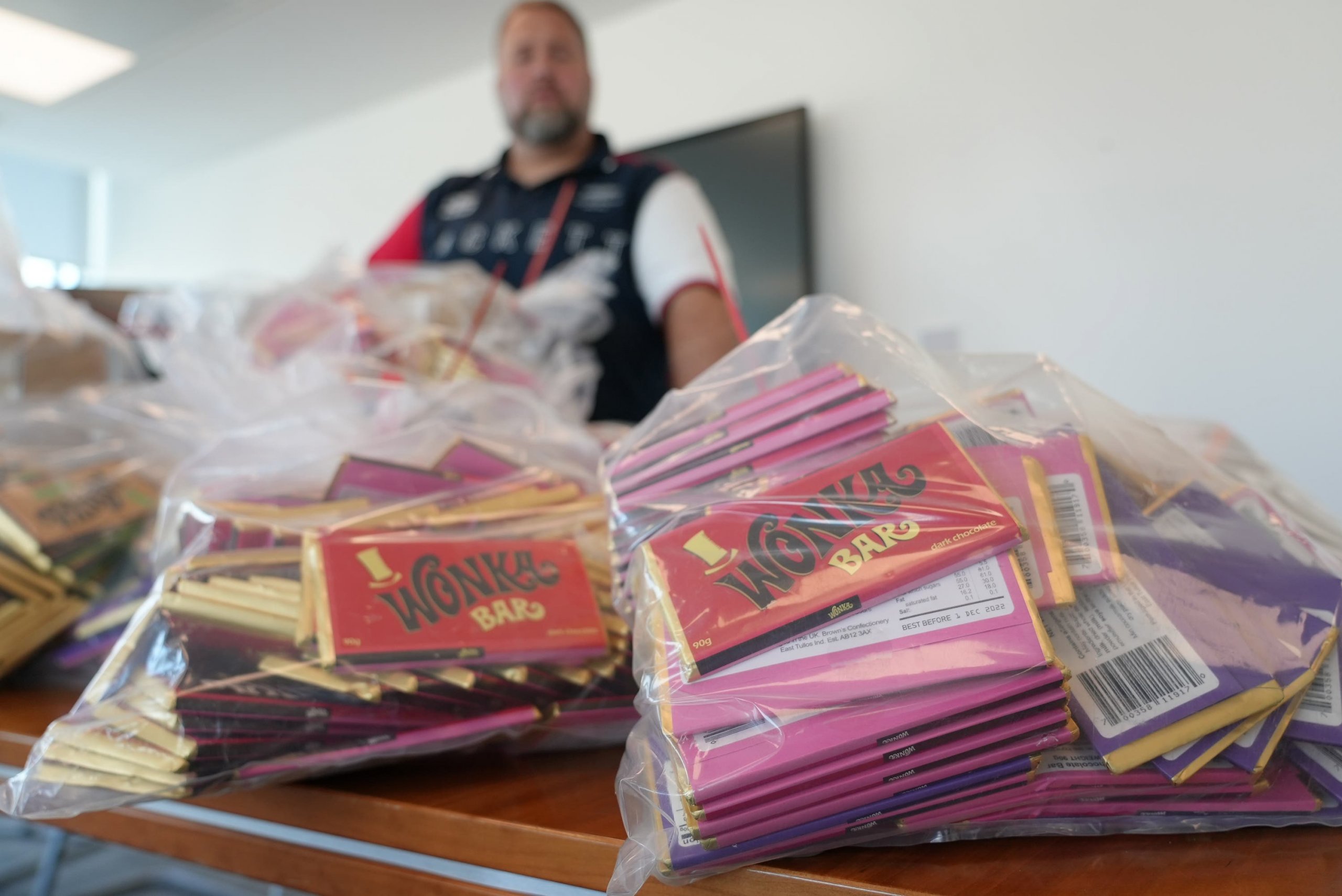 One of the weird things that have popped up in London during/post-pandemic is a proliferation of ‘American’ Candy stores, mostly concentrated on Oxford street. Like, more than thirty on one street. Well, it turns out that there is a reason for it.

And it’s not good.

One, it appears to be an elaborate tax-dodging scheme, that is now under investigation.

Two, the stores are selling counterfeit and potentially dangerous candy.

Avoid these places when you’re traveling in London!

A haul of fake Wonka chocolate bars worth £22,000 is among counterfeit products totaling £100,000 seized from three stores on London’s Oxford Street.

Westminster City Council said officers raided the unnamed stores on Monday, taking away an estimated £22,000 worth of potentially dangerous Wonka bars from one store alone.

Officers seized 2,838 disposable vapes which contained excessive levels of nicotine, tank sizes above the permitted level, and products which had not been authorized by the Medicines and Healthcare Products Regulatory Agency.

The council said the raid was part of its investigation into 30 US-style sweet and souvenir shops on Oxford Street for business rates evasion amounting to £7.9 million.

The council said it believed that very few of the shops were serving sufficient customers to be commercially viable and were instead being used to avoid business rate bills and possibly commit other offenses.

Westminster City Council recently wrote to 28 freeholders urging them to consider the impact of US sweet shops on Oxford Street and has so far seized around £574,000 worth of counterfeit and illegal goods from American candy and souvenir stores.

Westminster City Council leader Adam Hug said: “Anyone walking down Oxford Street is struck by the ever-expanding number of US-style sweet shops and poor quality souvenir outlets. They are not only an eyesore; they are a threat to the status and value of what is supposed to be the nation’s premier shopping street.

“The problem is that owners of buildings are turning a blind eye to those who sublet them as it means they are not liable for business rates. That’s why we have a rash of US candy stores in prestige locations.

“This needs to stop and we will be stepping up pressure on landlords to make it clear they are responsible for Oxford Street being overrun with these kinds of stores. The people selling overpriced and often out-of-date sweets are cheating the UK taxpayer and very often swindling their customers into the bargain.”

The Food Standards Agency (FSA) warned consumers in May not to buy or eat counterfeit Wonka Bars as there was a possibility that they were being produced or repackaged by unregistered businesses and by individuals who could be contravening food hygiene, labeling and traceability laws.

Some counterfeit Wonka Bars removed from sale had been found to contain allergens which were not listed on the label, posing a major health risk to anyone who suffers from a food allergy or intolerance.

Tina Potter, head of incidents at the FSA, said: “There is no way of knowing what ingredients are in these bars or what food hygiene practices are being followed by the people making or repackaging them.

“If you have bought these knock-off bars, do not eat them or give them to friends and family.”

It said any Wonka-branded chocolate which did not feature the official Ferrero or Ferrara Candy Company trademarks on the label were likely to be a counterfeit product.