It used to be that travelers’ only accommodations were the pubs and inns located all over the city.  As the coaching inns grew in their grandeur and desire to cater to wealthy clients, they transformed into the first hotels, and then into luxury hotels during the later Victorian period.  Many of the earliest hotels were built or managed by the railway companies, but many of London’s oldest hotels pre-date these transport hotels.  In fact, there is some debate about which one is the oldest exactly, with several built in the same year.  Have a look at these five reputed to be the oldest in London and let us know some of your favourites in the comments. 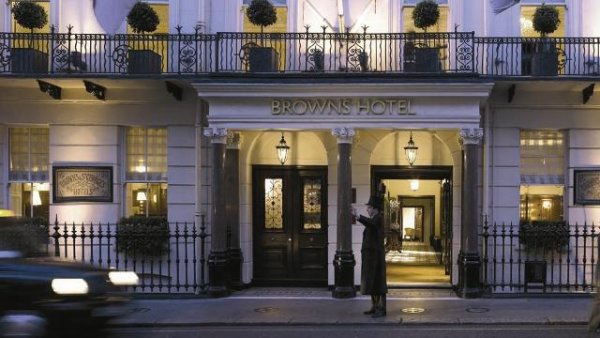 There is another hotel that could top this list, but we’ll explain why they didn’t make the cut in the next entry.  For now, Brown’s tops the list, having opened in 1837.  Brown’s Hotel was a combination of eleven Georgian townhomes that was founded by Lord and Lady Byron’s maid Sarah Brown and her husband John, who served as the Byrons’ valet.  It boasts 117 rooms with the claim that no two of them are alike.  The hotel was sold to the Ford family in 1859, who added dining rooms and bought the St. George’s Hotel next door to combine it with Brown’s.  Since 2003, it has been under the management of Rocco Forte. 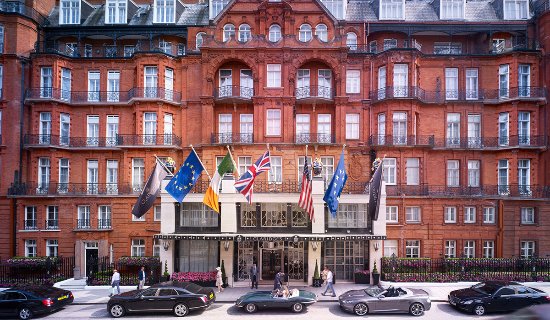 While it edges out two other hotels on this list that opened in 1854, Claridge’s has to come second because the hotel as it is now, didn’t open until that year.  It could stake a claim to being the oldest in London due to the fact that it used to be Mivart’s Hotel, which opened in 1812 on the site, but it wasn’t until Mivart’s combined with the Claridges’ smaller hotel in 1854 that the modern Claridge’s was born.  Claridge’s shortly established itself as a major hotel for world leaders and visiting dignitaries from Queen Victoria to the deposed King Peter II of Yugoslavia and even today, Claridge’s continues to be a luxury hotel for members of the Royal Family and their guests. 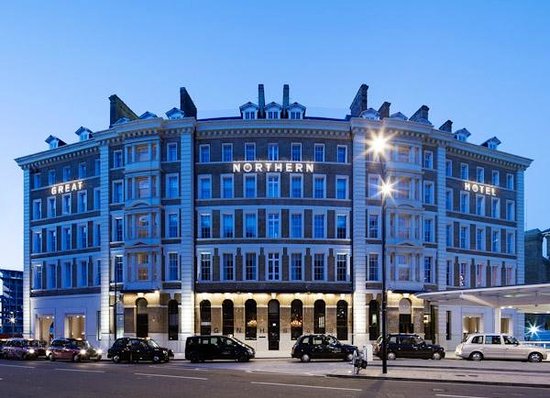 The Great Northern Hotel was one of the first of the transport hotels opened by the Great Northern Railway to serve its customers.  Lewis Cubitt, the designer of King’s Cross Station, who purposefully made it as a destination not only for visitors to the city but its residents as well.  The fire-resistant construction was revolutionary at the time, as was the hydraulic lift that was added in the 1880s.  The Grade II listed building eventually fell into disrepair and was left derelict for twelve years until it was purchased and renovated at a cost of £40 million.  The hotel operates today as a tribute to its glorious past. 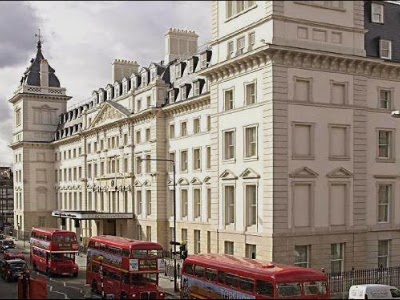 The Great Western Royal Hotel was originally the idea of Isambard Kingdom Brunel, the designer of the Great Western Railway.  The Great Northern Hotel beats it out by opening a mere twenty-three days prior.  It opened up right next to Paddington Station and was designed so that luggage could be immediately off-loaded from the trains and taken to the hotel.  Philip Charles Hardwick designed the hotel, and it is one of the earliest examples of his Second Empire style.  Today, only the exterior of the building remains unchanged as the inside has been completely renovated and is presently under the management of Hilton Hotels, renamed as Hilton London Paddington.

Another Grade II listed hotel, the Grosvenor was built in 1860 with a Baroque design that harkened back to the French Renaissance.  The exterior includes busts and figures of Queen Victoria and Prince Albert as well as Viscount Palmerston, which is more in an Italian style.  It was one of the first hotels to have lifts, which were powered by water pressure.  The elegant Victorian interior is one of the best preserved in the city.  What was once the railway lounge is now an opulent cocktail bar that is decorated with vintage railway posters.  A Grade II listed building, the hotel’s restoration was overseen by English Heritage.