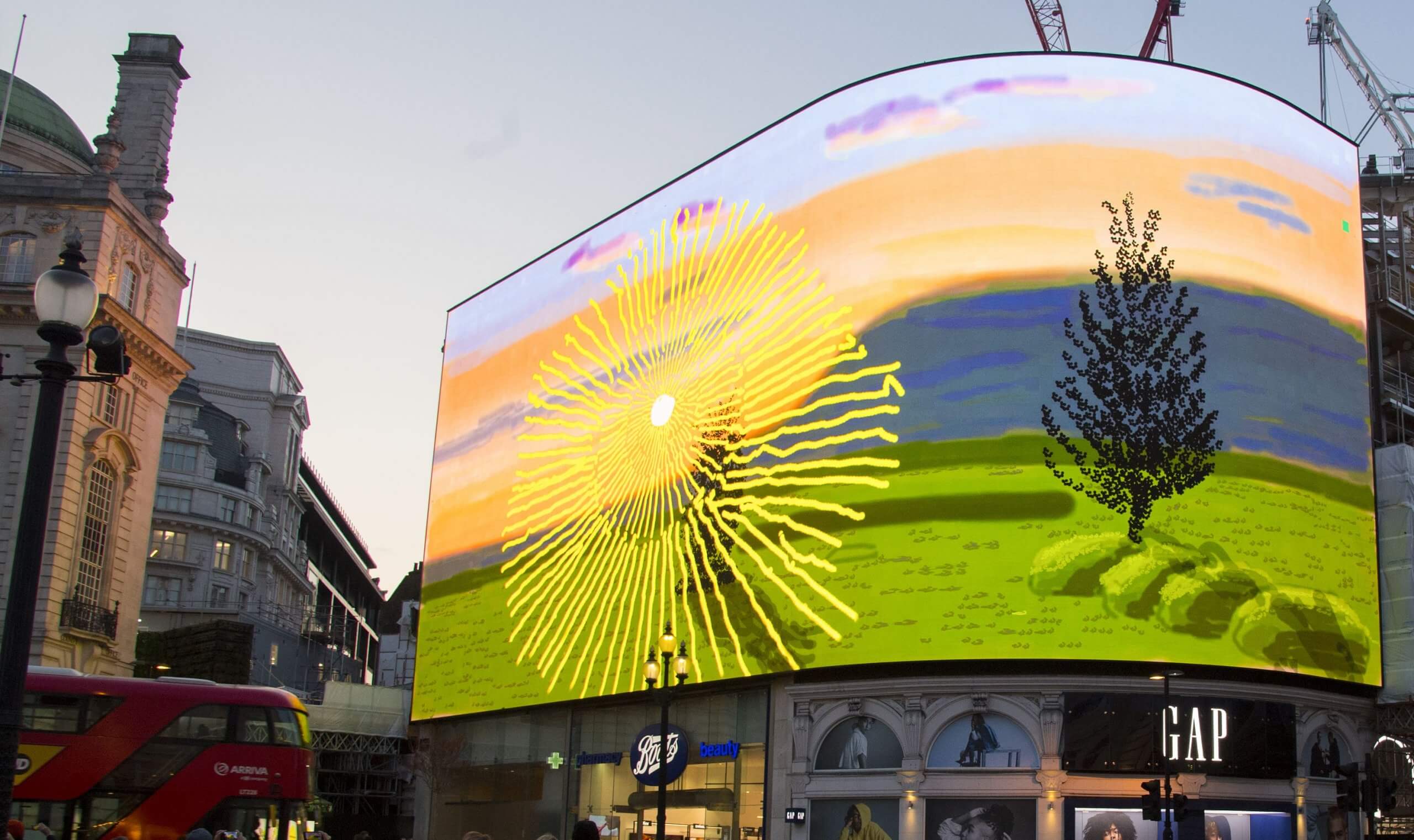 A new video artwork by David Hockney has premiered in central London.

The artist’s work, titled Remember You Cannot Look At The Sun Or Death For Very Long, appeared on the Piccadilly Lights screen in Piccadilly Circus.

It is also being shown on screens in New York, Los Angeles, Seoul, and Tokyo.

The video shows an animated sunrise and was created on Hockney’s iPad.

Discussing the artwork Hockney, 83, previously said: “What does the world look like? We have to take time to see its beauty.

“That’s what I hope my work will encourage people to do when they see it on the large screens.”

The video is being shown every evening throughout May in Piccadilly Circus.