You are here: Home / Culture / Architecture / Hammersmith Bridge to reopen for pedestrians and cyclists only 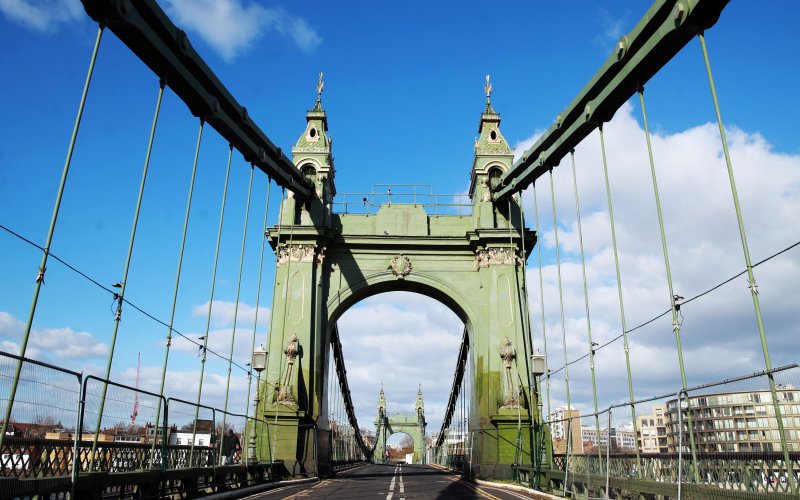 Hammersmith and Fulham Council said pedestrians and cyclists will be permitted to use the 134-year-old cast-iron structure.

Vessels on the River Thames will also be allowed to pass beneath it.

Cracks in the pedestals have led to motor vehicles being prohibited from using the bridge since April 2019.

The crossing deteriorated further during a heatwave, leading to it being closed to all users in August 2020.

This has increased journey times and congestion as people take alternative routes across the Thames.

The ban on river traffic was also a key factor in the annual University Boat Race being moved to Ely, Cambridgeshire.

The council has installed a £420,000 temperature control system to help prevent cracking in the pedestals.

Acoustic sensors have also been fitted to identify further cracks.

The board for the Case for the Continued Safe Operation of the bridge (CCSO), which is advising the council, said these measures combined with engineering inspections mean the safety risk of allowing pedestrians and cyclists to use the crossing is “acceptably low”.

It went on: “These arrangements are temporary measures and not a substitute for permanent repair.

“The application of a permanent solution remains a priority.

“Without a funded plan for repair, the limited current use must cease eventually.

“It is not acceptable in managing safety risk to rely upon interim measures indefinitely.”

The Department for Transport said last month that the Government will not contribute more than a third of the repair costs of the bridge, which are estimated to exceed £100 million.

Council leader Stephen Cowan said: “I am very pleased to confirm the latest advice from safety engineers is that we can safely re-open Hammersmith Bridge.

“We have instructed the team to do that.

“It will open this weekend.

“I know how difficult the last 11 months have been for people, particularly children needing to cross the river to get to school and those who need to attend medical appointments or get to work.”