You are here: Home / Culture / African-American abolitionists who escaped slavery honored with blue plaque in London 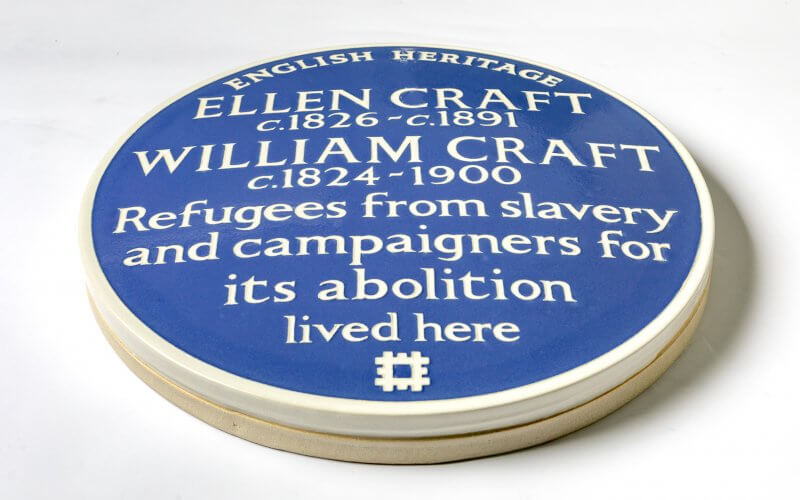 A married African-American couple who escaped enslavement in the US and fled to England in the mid-19th century has been honored with a blue plaque at their former London home.

Ellen and William Craft lived at 26 Cambridge Grove, a mid-Victorian house in Hammersmith, after arriving in the country in December 1850.

They had made a dangerous 1,000-mile journey from Georgia to Pennsylvania in a bid for freedom.

Ellen was very fair-skinned as her mother was an African-American who had been raped by her white enslaver.

She could therefore pass as white and disguised herself as a disabled white man traveling north for medical treatment, with William posing as her enslaved manservant.

They were greeted by abolitionists in Philadelphia and carried on to Massachusetts, but in 1850 Congress introduced a law that meant the Crafts’ former enslavers could send agents to abduct them.

After fleeing to England, the Crafts lived in Ockham, Surrey, before settling in west London, where they helped to organize the London Emancipation Society while traveling the UK giving lectures about abolition, radical reform, and social justice.

Ellen also participated in a women’s suffrage organization and the women’s arm of the British and Foreign Freedmen’s Aid Society.

After the end of the US Civil War and the legal emancipation of enslaved people, the Crafts returned to Boston with three of their children.

Anna Eavis, curatorial director at English Heritage, said: “Ellen and William Craft’s story is incredibly powerful. Their determination to escape from enslavement in the most perilous circumstances and then to campaign for abolition and win over hearts and minds here in the UK is astonishing.

“They lived in Hammersmith during the 1860s, and toured the country lecturing against slavery. They are an important part of the anti-slavery movement, and we are delighted to remember them with this plaque.”

Dr. Hannah-Rose Murray, historian, and proposer of the plaque, said: “Ellen and William Craft were courageous and heroic freedom fighters whose daring escape from US chattel slavery involved Ellen crossing racial, gender, and class lines to perform as a white southern man.

“If caught, they would have been incarcerated, tortured, and almost certainly sold away from each other. Their story inspired audiences on both sides of the Atlantic, and when the Crafts reached Britain, they were relentless in their campaigns against slavery, racism, white supremacy, and the Confederate cause during the US Civil War (1861-1865).

“I’m so excited that English Heritage has built on previous work by historians, archivists, and local activists to honor their presence in Hammersmith and the UK in general and recognize the Crafts’ incredible bravery and impact on transatlantic society.”