You are here: Home / Culture / A Brief Overview of the Lord Mayor’s Show 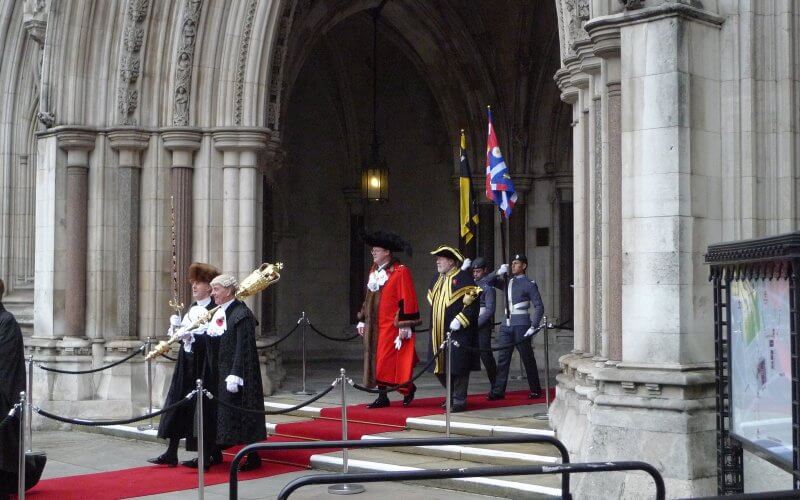 A city such as London certainly enjoys a high level of pageantry, and even a municipal change of power can’t go without a great celebration.  Such is the case for the Lord Mayor’s Show, the parade that marks the beginning of the annual term for the head of the City of London.  The Lord Mayor is different from the Mayor of London as the City of London is different from Greater London.  The City of London is the oldest part of London, dating back to the original Roman settlement, and is a separate government entity from the boroughs that make up Greater London.

The Lord Mayor is the leader of the City of London Corporation and is one of the oldest elected offices in the country, having begun in 1189.  While the office is ancient, the title is actually fairly recent and was introduced in 2006 to distinguish between the City of London leadership and the Mayor of London.  While the Mayor of London is elected by Greater London residents, the Lord Mayor of London is elected by 110 liverymen representing the various London trade associations and guilds.  To be qualified to stand for the election, each candidate must have served as an alderman and served as a sheriff.

After the election, the show begins.  On the city’s calendar, it’s officially listed as “The Procession to the Royal Courts of Justice and Presentation of the Lord Mayor to the Chief Justices.”  When the ceremony began in the 12th Century, it went to the Westminster for the Lord Mayor to present himself to representatives of the Sovereign and pledge loyalty to them before heading to the Royal Courts, a route that was normally taken by barge on the Thames.  Prior to the start of the show, the Lord Mayor receives gifts from the sheriffs at the Guildhall.  Since 1952, the parade route begins and ends at Mansion House (the official residence of the Lord Mayor), going past St. Paul’s Cathedral to receive the Dean’s blessing, down Ludgate Hill to Fleet Street, and then to the Royal Courts of Justice where the Lord Mayor takes the oath of allegiance.  After that, the procession starts back near Temple Gardens, heading up Queen Victoria Street back to Mansion House.

While the Lord Mayor takes the Lord Mayor’s Coach for the procession, he is also joined by floats representing the Great Twelve City Livery Companies, a small selection of the 110 different companies that elect the Lord Mayor.  These twelve include Mercers (general merchants), Grocers, Drapers (wool and cloth merchants), Fishmongers (seafood sellers), Goldsmiths, Skinners (fur traders), Merchant Taylors (tailors), Haberdashers, Salters, Ironmongers, Vinters (wine merchants), and Clothworkers, who participate by right.  Other livery companies may participate in the procession by invitation.  Different bands and military regiments within the City also participate.  Representations of legendary Mayor Dick Whittington, as well as Gog and Magog, can also be seen in the procession.

While the Lord Mayor’s Show is still working out the details for this year’s procession, if it happens, it is guaranteed to be one of the biggest events in the City as it has been for centuries.