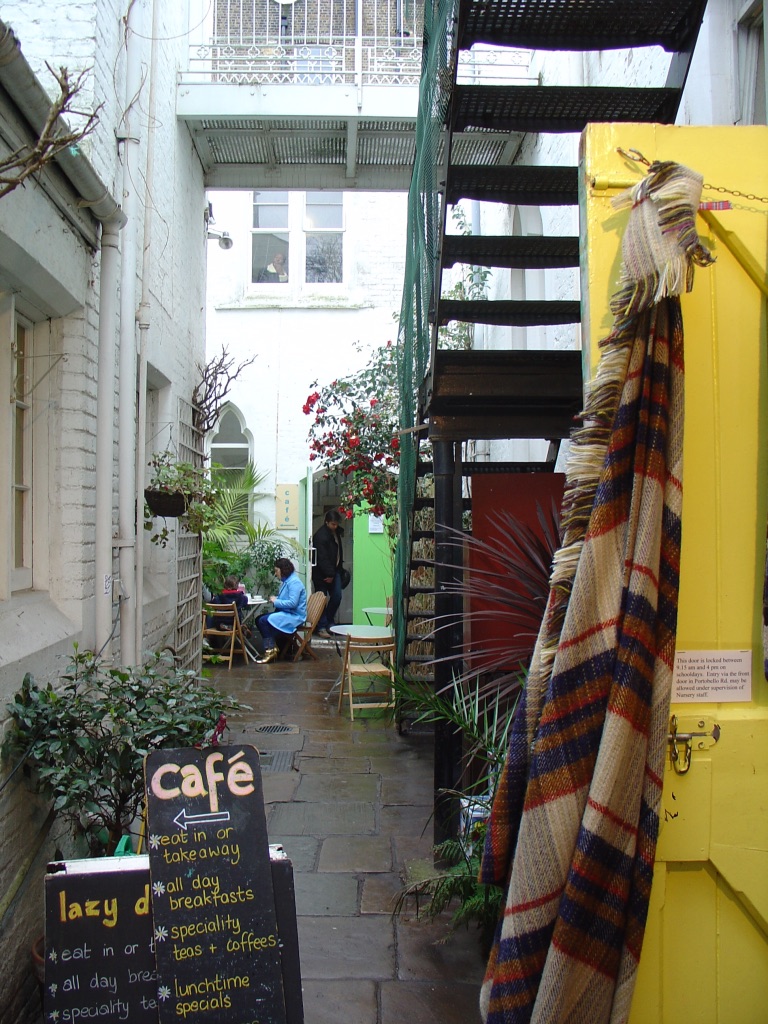 Editor’s note because some people seem confused: this was in 2004.

Because we were staying in a hotel that did not provide Breakfast (it was an easyHotel, which basically provided a windowless room to sleep in), by the time we arrived at Portobello Road, we were starving.

The problem was that the market was already heaving, even though it was still relatively early in the morning. The street was so full you could barely walk down it, let alone browse any of the stalls or antique shops along the way.

As we made our way down the street, we saw a chalkboard sign in an alleyway pointing to something called the Lazy Daisy Cafe (Hot Breakfast) with a charming arrow indicating the direction of food. Realizing that we were not enjoying the market, we decided that the best course of action was to eat.

We walked down the narrow alley, which was overgrown with vines and flowers to where it ended at the entrance to a tiny little cafe. While it looked busy, it looked like we would be able to find a table to eat. We sat down, and a waitress appeared and took our order. The place was one large open room, with a small balcony mezzanine over where the kitchen was. Pots and pans clanged, and tea kettles screamed, trying to fulfill bustling breakfast orders.

Our table was an old wooden number, just big enough for us, just old enough to look antique. Just charming enough to win over these hungry Americans.

We proceeded to have a lovely hot breakfast, a warm cup of tea (welcome on that cold February morning). The eggs on toast were delicious. The service was fast. The food was warm and filling. The tea was a welcome stimulant. The place was so small that it was relatively quiet, and it was a welcome respite from the bustling market outside.

We quite liked the Lazy Daisy Cafe. What a charming name. What a charming cafe. We returned the next year and had another lovely breakfast. The year after that, the place was under new ownership, now owned by a chain of cafes. The charm had already started to fade. The last time we walked down Portobello road, the Lazy Daisy Cafe was gone; it’s been replaced by several restaurants since.

It’s now a memory, one of the many ghosts of London’s past we now carry within us from our travels. 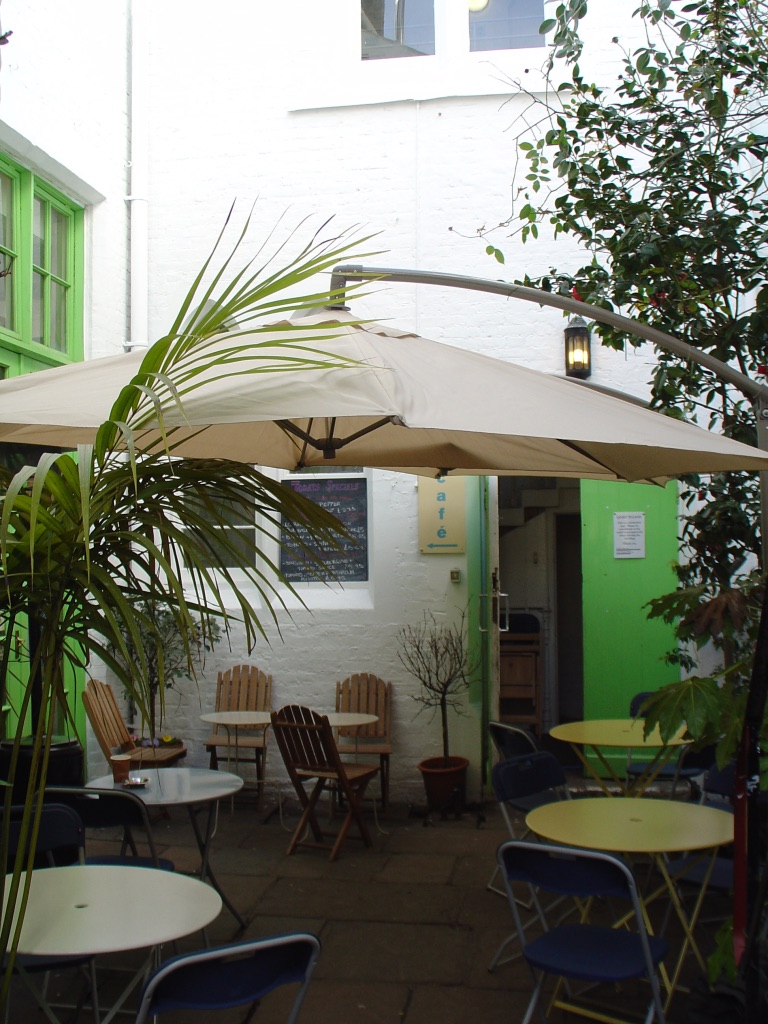