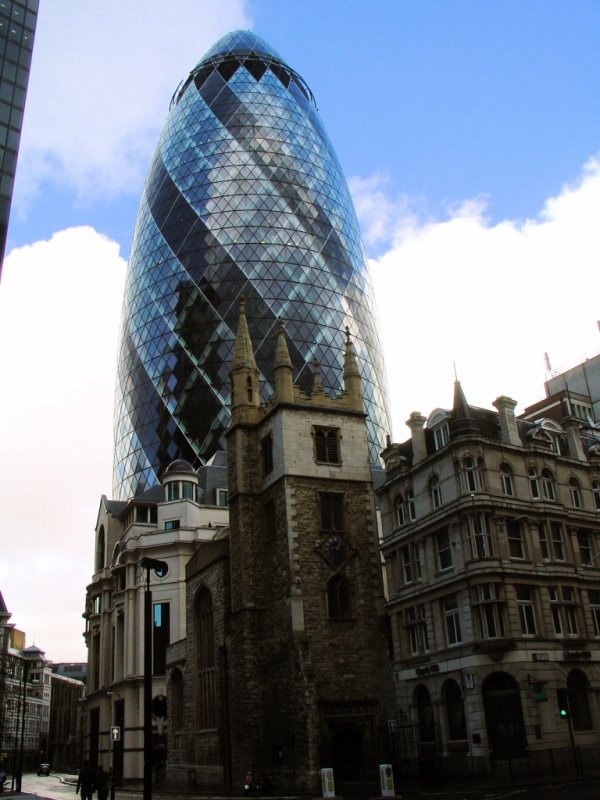 Editor’s Note: This took place in the early 2000s.

I was driven to explore as much of London as I could on foot. I was a mere 20 years old and the only thing that stood in my way was the weather. But on this occasion, I did not let the weather stop me.

The City of London is a special place – it has its own government, separate from ‘greater’ London, its own privileges and its own unique quirks. For example, very few people actually still live there. The City of London is now a centre of world trade and has mostly office blocks now (many built in the last few decades).

Only about 9,000 people actually live in the City of London (mostly in the Barbican housing estate). 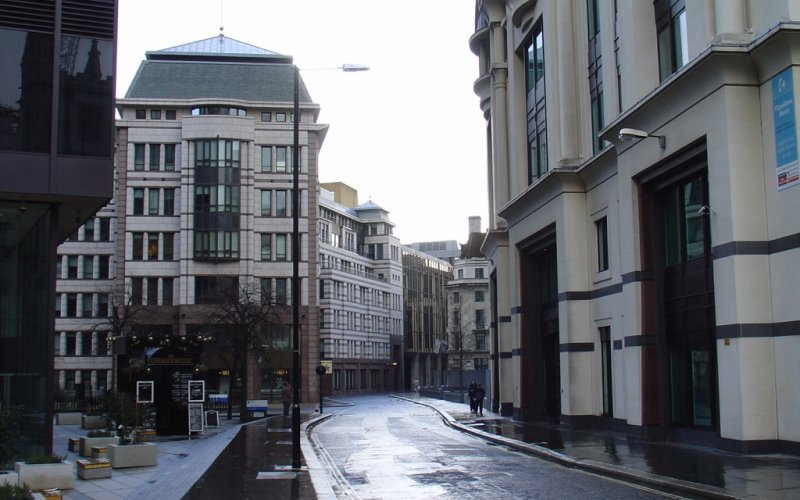 This means that on a Saturday or Sunday, the place is almost completely deserted. There’s no one about, the shops are closed – as are most of the pubs and cafe. Why would they be open when no one is there?

So, I felt like I was peaking into the window of something I should not be seeing, having a vast swathe of London almost completely to myself. Just my camera and me. The City is constantly changing, but there are many protected buildings that can never be torn down, so it leads to a weird contrast where you have buildings like the ‘Gherkin’ next to ancient churches, lovingly protected.

It makes for an interesting walk!

Of course, large chunks of the City were levelled during World War II, and that’s usually where the ‘new’ buildings sprang up (and it’s been so long since the war now, plenty of those new buildings have now been demolished to make way for shinier and newer glass towers). 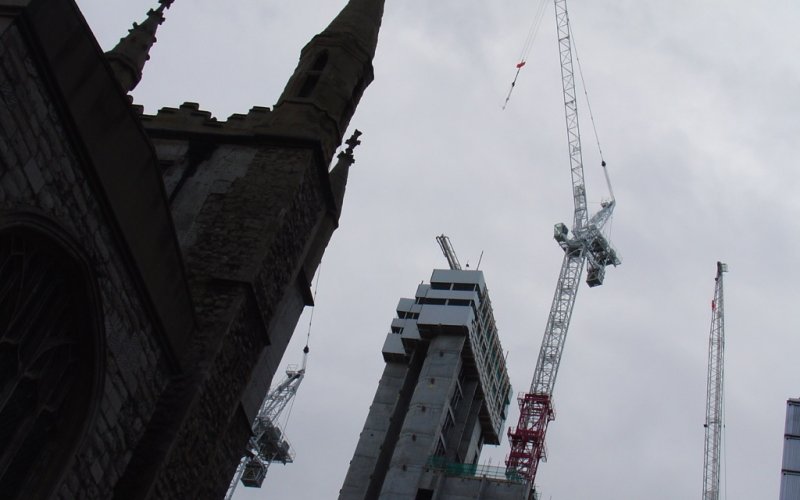 Growing up in Chicago and spending many hours walking it’s downtown streets, it’s quite a contrast to walk in ‘downtown’ London and find the ancient exiting along with the modern. Whereas in Chicago, there is only the modern as even the recently ‘old’ is swept away for new glass towers.

The City of London is a perfect encapsulation of the contradictions of modern Britain – a seemingly modern nation, holding onto the past, living amongst the ruins of dead empires. It’s beautiful.

I highly recommend a Saturday stroll!