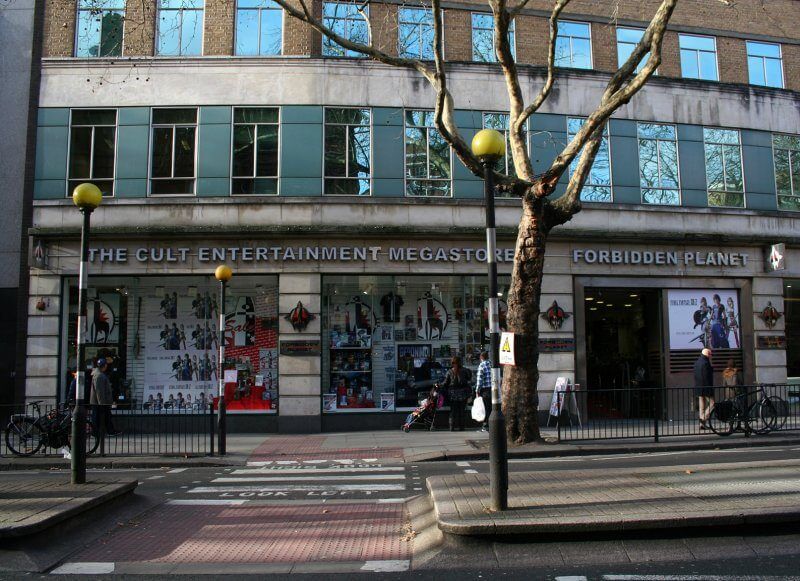 They say you’re only as old as you feel.  For many of us, growing up meant going to the toy store to look, but not take anything home.  Now that we’re adults, we like to indulge ourselves in collecting, and there are plenty of stores in London that cater to this demographic.  Unlike Harrods, Selfridges, or even Hamleys, the stores below cater to the young and the old, often carrying older collectors’ items or newer toys styled after their age-old predecessors.  We’ve identified what we think are five of the best toy shops for collectors in London and you can let us know if we’ve missed one or two in the comments.

The Who Shop is certainly a specialty store when it comes to collectors’ items.  Just about everything in the place is related to Doctor Who, and there’s a good chance if you can’t find it here, you may need a real TARDIS to get it.  The shop carries many different items, including action figures, vehicles, statues, games, and replica items enough for any fan.  What’s more, the shop also has a museum dedicated to the show where you can learn more about its history and see actual props and clothing from over the decades.

One of the great stores in Camden Market, Monkey’s Emporium is dedicated to new and vintage toys to appeal to your inner kid and your love for retro.  The store carries toys for just about every franchise of the past and present from He-Man to James Bond.  They even carry a large selection of retro video games and systems so you can enjoy blowing on old Nintendo cartridges before marathoning through Mega Man 3.  If you can’t make it there in person, you can also peruse their website and shop from home.

Part of London’s toy scene since 1856, Benjamin Pollock’s Toyshop has remained afloat through the centuries by carrying vintage toys and newer versions of old classics.  The store carries books, puzzles, old-style games, stuffed animals, puppets, and even paper toy theaters.  There’s plenty at Pollock’s for old and young alike, and while you’re not likely to find any big-name franchises here, the retro styling of the toys will remind you that the most important part of play is imagination.  You can also shop their inventory online if you can’t make it to the shop in Covent Garden.

Martin’s Toys and Memorability is another great shop like Monkey’s where you can find the toys of your childhood right alongside newer favorites.  Original Star Wars action figures from Kenner sit right besides X-Men figures from Toy Biz on the shelves of this Walthamstow stop.  Martin’s is one of those great small shops that’s like an antique store and museum for all the great toys of the last century from tin robots to Matchbox cars and sets.  The shop is part of Wood Street Indoor Market and doesn’t have its own website to speak of, so the only way to know what they have is to go and see for yourself.

Forbidden Planet isn’t called a megastore for nothing.  Forbidden Planet in the West End should be your top destination for everything.  It doesn’t matter if you’re looking for action figures, models, statues, books, graphic novels, posters, t-shirts, or whatever, there’s a good chance Forbidden Planet has it or can get it.  They have stores all throughout the UK (and even one in New York), but the West End shop is their headquarters and the granddaddy in both size and the sheer volume of collectables.  Of course, if you can’t make it to any of these locations, it’s still possible to order from them online.