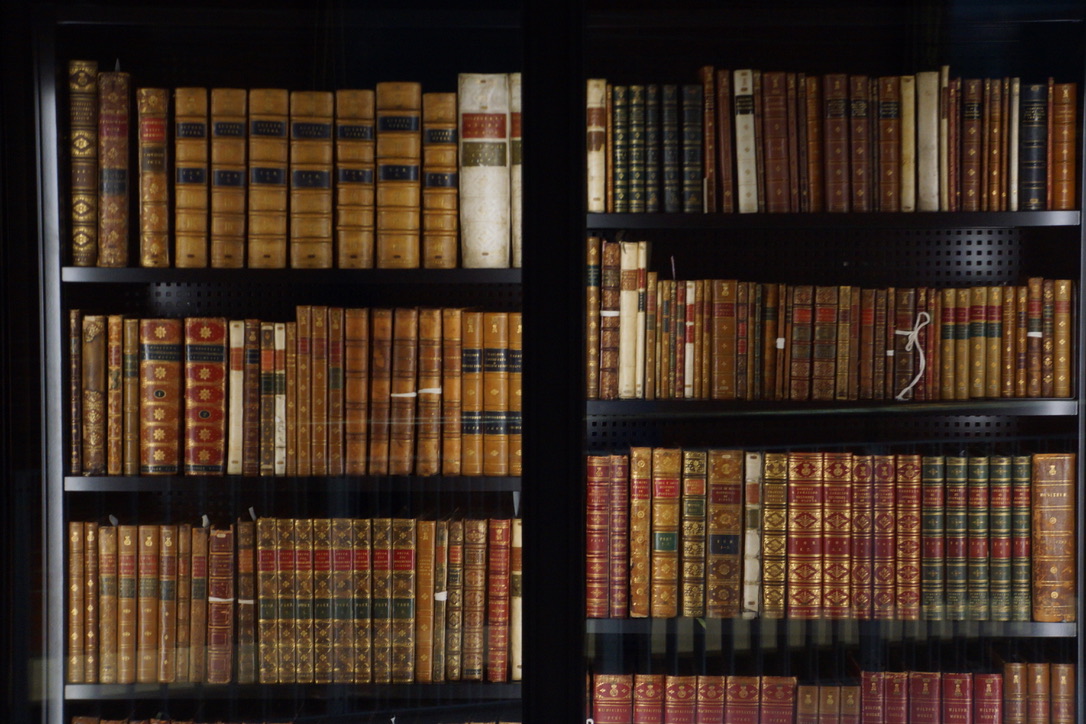 Many people enjoy reading a good book, whether curled on the count, in your bed, under a tree, wherever.  Books take us to other times, other places, and even other worlds.  There are plenty of places to enjoy books in London as the city includes some of the country’s greatest libraries, bookshops, and museums dedicated to the written word.  If you have a love of literature, you may want to check out one of the five places listed below where you can find something to read or appreciate your favorite authors, playwrights, and poets.  If you have a favorite literary place in London, let us know in the comments.

Poets’ Corner in Westminster Abbey is a “who’s who” of literary minds from Geoffrey Chaucer to Philip Larkin.  These graves and memorials number around 100 and can be found mostly in the South Transept of the Cathedral.  Not everyone with a memorial is buried here, but the tradition began with Chaucer’s internment in the South Transept for his recognition not as a writer but as Clerk of Works.  In some cases, the memorial came years after the writer’s death, such as Lord Byron, whose scandalous life kept him out of Poet’s Corner until 1969.

The British Library is absolutely the number one research library in the United Kingdom and serves as a repository for every work ever published in the country.  It was created out of the British Museum in 1973 and holds over 150 million items including such rare works as the Magna Carta.  The only caveat to the museum is that you have to be a resident of the UK to access the reading rooms; however, the library does offer tours of its collections, and exhibits and the public areas of the library can be accessed by anyone.  It’s an absolute necessity to visit and tour for a lover of the written word.

From one library to another, the National Poetry Library can be found at the Royal Festival Hall in Southbank Center.  It houses the largest collection of poetry in the United Kingdom that numbers over 200,000 items from large and small publishers alike.  T.S. Elliot and Herbert Read opened it in 1953, and today it welcomes poetry lovers from all corners of the world.  If you can’t make it in person, you can search its catalog online and engage in one of the loveliest forms of art.

Now, if you’re looking to buy something to read, you’re unlikely to find a wider selection than at Waterstones.  The flagship store in Piccadilly is six stories tall and located in a Grade I listed Art Deco building at 203/206 Piccadilly.  Its sections are divided by the floors and it also includes two cafes and a bar on that can be found on the fifth floor.  The London Sci-Fi and Fantasy Book Club meets here once per month, and the store also hosts major events on a regular basis.

While a heavy amount of focus is, of course, placed on the words in the books we read, there is something to be said for the many volumes that include wonderful illustrations.  A museum dedicated to literary illustration in all forms, Sir Quentin Blake (best known for his illustrations of Roald Dahl’s works) founded it in 2014 at 2 Granary Square.  Currently closed due to the COVID-19 pandemic, the museum has plans to move to the Engine House in Clerkenwell.  Once reopened, the House of Illustration is sure to bring back its marvelous exhibits, guest lecturers, and events that celebrate every kind of illustration, from political cartoons to manga.