You are here: Home / Columns / Laura's London / Trip Planning: Top 10 Exhibitions To Plan Your 2018 Trips to London Around

Editor’s Note: This article is made up of extracts from the 2018 London Annual Guide to London in 2018 written by London expert Laura Porter. It’s a massive article – over 20 print pages – too big to post here in one go. We still have copies of the Annual – you can get them here (we’re almost out though so move quickly). But since people are planning trips for 2018, I thought it would be a good idea to pull out ten London Museum Exhibitions in 2018 that are not to be missed and worth planning your trips around.

The exhibition focuses on the French artists who sought refuge in London during and after the Franco-Prussian War (1870-71). This is the first large-scale exhibition to map the connections between French and British artists, patrons and art dealers during this traumatic period in French history. It examines the historical and political context that forced French artists into exile and looks at their engagement with British culture and society as outsiders. This exhibition presents captivating works by Monet, Tissot, Pissarro and their compatriots.

Editor’s Note: We saw this exhibition in early January and it’s fantastic – there are some amazing painting of London and we highly recommend going to see this one! 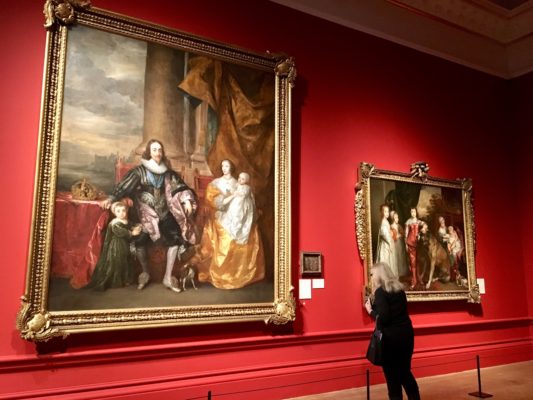 During his reign, Charles I (1600-1649) acquired and commissioned exceptional masterpieces from the 15th to the 17th century, including works by Van Dyck, Rubens, Holbein, Titian, and Mantegna, amongst others. Charles, I was executed in 1649, and just months later the collection was offered for sale and dispersed across Europe. Although many works were retrieved by Charles II during the Restoration, others now form the core of collections such as the Musée du Louvre and the Museo Nacional del Prado. This exhibition reunites around 150 of the most important works for the first time since the 17th century, providing an unprecedented opportunity to experience the collection that changed the appreciation of art in England.

Editor’s Note: Laura Porter visited this exhibition and wrote a great article about it. She also visited the sister Charles II exhibition that is also going on right now – read about that one here. 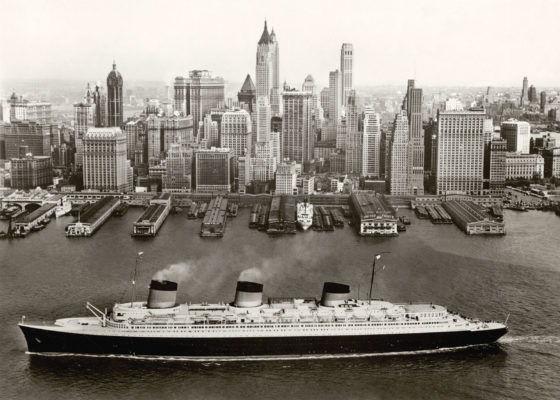 This is the first-ever exhibition to explore the design and cultural impact of the ocean liner on an international scale. Spanning the mid-19th century to the late 20th century, the exhibition explores the ground-breaking engineering, architecture and interiors to the fashion and lifestyle aboard, and how nostalgia for the great ‘floating palaces’ of the past can still be felt today. Famous passengers that traveled aboard are featured from the Duke and Duchess of Windsor to Marlene Dietrich and Elizabeth Taylor, plus ground-breaking works by Modernist artists, designers, and architects. Further highlights include a panel fragment from the Titanic’s first class lounge where the ship broke in half, returning to the UK for the first time since its doomed maiden voyage in 1912.

All Too Human: Bacon, Freud and a Century of Painting Life

Focusing on modern figurative painting from the second half of the 20th century, with Lucian Freud and Francis Bacon at its heart, Tate Britain examines how artists in Britain captured the intense experience of life in paint. The exhibition includes works from the School of London artists such as Frank Auerbach and R.B. Kitaj and the figurative work of Paula Rego and F.N. Souza, among others.

This is the first solo exhibition of Pablo Picasso’s work ever to be held at Tate Modern and is one of the most significant shows the gallery has ever staged. It takes visitors on a month-by-month journey through 1932, a time so pivotal in Picasso’s life and work that it has been called his ‘year of wonders.’ More than 100 outstanding paintings, sculptures, and works on paper demonstrate his prolific and restlessly inventive character. They strip away common myths to reveal the man and the artist in his full complexity and richness.

See the ‘Father of Impressionism’ in an entirely new way, in the first exhibition devoted to Claude Monet’s relationship with architecture. Comprising more than seventy paintings, the exhibition spans Monet’s long career from its beginnings in the mid-1860s to the public display of his Venice paintings in 1912. From his compositions of villages and picturesque settings, through his exploration of the modern city, the exhibition also features London landmarks including the Houses of Parliament and Waterloo Bridge. 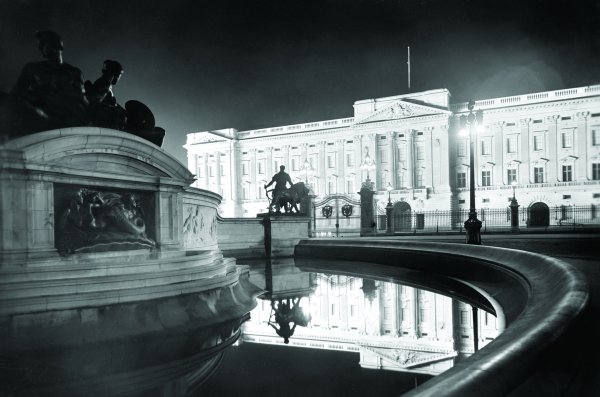 This major photography exhibition takes visitors on a dramatic, nocturnal study of the capital. 200 photos and film clips from the 19th century to the present day focus on the city after dark. The exhibition is divided into three themes: ‘London Illuminated’ includes moonlight, lowlight, and streetlight, ‘Dark Matters’ looks at the mysterious and dark side of the city’s nightlife and ‘Switch On… Switch Off…’ explores how people interact with the night through work, rest and play.

Aftermath: Art in the Wake of World War One

Exploring the impact of World War I on British, German and French art, the exhibition shows how the Great War was remembered in public memorials by Charles Sargeant Jagger and others, and how its destructive impact was made visible in Henry Tonks’s medical portraits of wounded soldiers. Art was used for a variety of purposes in the tumultuous period after the end of World War One, from the social critiques of Otto Dix and George Grosz to the birth of dada and surrealism. As well as the physical and psychological scars left on Europe, the exhibition also looks at how post-war society began to rebuild itself, inspiring some artists to return to classicism and tradition, and others to produce utopian visions of the future.

This is London’s first comprehensive retrospective of Edward Burne-Jones’s work for more than 40 years. Burne-Jones was the last, and arguably the most romantic, of the Pre-Raphaelites, and he became one of the leading figures of the European fin de siècle and a pioneer of the symbolist movement. This exhibition showcases 150 of his works in a wide range of media including painting, stained glass and tapestry.