For ten weeks each summer we get to go inside Buckingham Palace and see the State Rooms while the Queen is away at Balmoral (Scotland). There’s also a special exhibition included and this year, to mark the 70th birthday of The Prince of Wales, the Summer Opening of Buckingham Palace includes a special display of over 100 works of art personally selected by His Royal Highness.

The tradition of opening Buckingham Palace to visitors began in 1993 to raise funds for the repair of Windsor Castle which had been damaged by fire the year before. The original plan was for Buckingham Palace to open each summer until 1997 but it proved so popular the annual summer opening has continued every year since.

There are 775 rooms at Buckingham Palace but the State Rooms are the public rooms of this palace where the royal family welcome visitors during State and official occasions. You won’t see the Queen’s bedroom but you will see the rooms with the most gold and glamour. As a friend pointed out while we toured the palace, “If a thing is worth doing, it’s worth over-doing”. 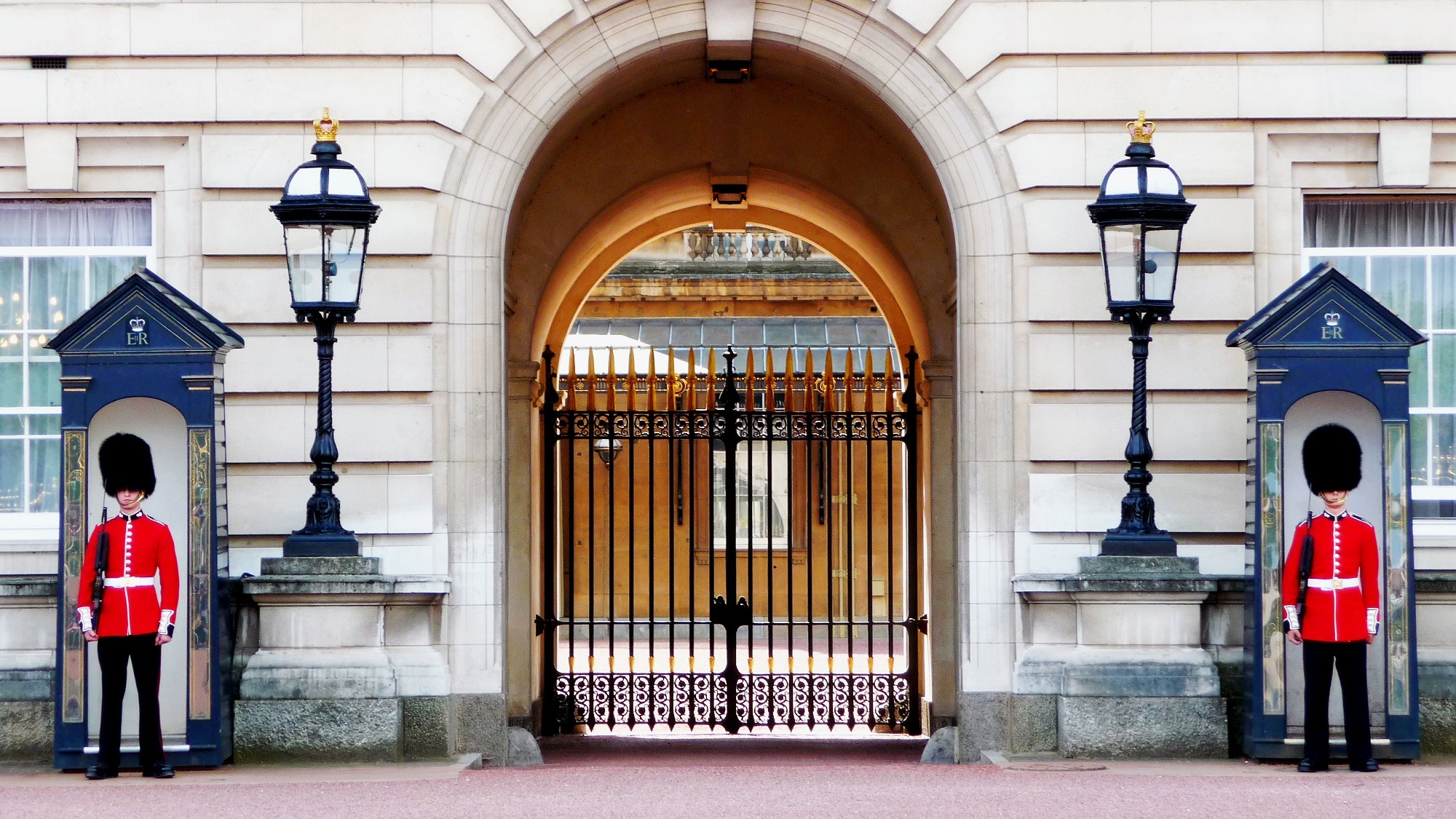 Held in the Ball Supper Room, Prince and Patron has a selection of The Prince’s favourite works of art from the Royal Collection shown alongside works created by young artists supported by three of His Royal Highness’s charities: The Royal Drawing School, The Prince’s Foundation School of Traditional Arts and Turquoise Mountain. These charities were founded by The Prince of Wales to encourage the revival of dying arts and to maintain traditional skills for the benefit of artists and communities across the world.

The Royal Drawing School is an independent educational charity raising the standard and profile of observational drawing through teaching and practice. The exhibiting artists are graduates of The Royal Drawing School’s prestigious postgraduate programme, The Drawing Year. The Prince’s Foundation School of Traditional Arts encourages the practice of traditional arts including textiles, ceramics, calligraphy, stained glass and mosaics, and is now active in over 20 countries across five continents. And Turquoise Mountain creates jobs and skills while reviving traditional crafts in historic communities. The organisation has established sustainable urban regeneration projects that support the revival of creative industries in Afghanistan, Myanmar and the Middle East.

Among the works selected by His Royal Highness from the Royal Collection is Johan Joseph Zoffany’s painting The Tribuna of the Uffizi, 1772–77, showing connoisseurs and Grand Tourists admiring the Grand Duke of Tuscany’s collection in the Uffizi, Florence. The artist was commissioned to paint the work by Queen Charlotte, consort of George III.

The cloak of Napoleon Bonaparte was chosen by The Prince for the compelling story it tells. Made of felt and embroidered in silk, it was removed from the Emperor’s baggage train in the aftermath of the Battle of Waterloo in 1815 and presented to the future George IV by Field Marshal Blücher, who fought alongside the Duke of Wellington.

A selection of works from His Royal Highness’s personal collection feature in the display, including the oil sketch HM The Queen, 1972–73, by Michael Noakes. Purchased by The Prince of Wales in 1973, it usually hangs in the Morning Room of Clarence House.

An oil sketch by Michael Noakes (1933–2018) of Queen Elizabeth The Queen Mother, 1973, was produced as a study for a painting marking the Silver Wedding Anniversary of Her Majesty The Queen and His Royal Highness The Duke of Edinburgh in 1972. The Queen Mother is pictured wearing Queen Victoria’s Diamond Jubilee Brooch.

In a specially recorded message for visitors to Buckingham Palace, The Prince says of the portrait of his grandmother, ‘I acquired it from the artist as I felt it brilliantly captured her likeness and, above all, reminds me of the essence of her personality. I admire it often when in residence at Clarence House.’

In 2009, Nicky Philipps (b.1964) was commissioned by the National Portrait Gallery to paint the first official double portrait of Prince William and Prince Harry. Two preparatory oil sketches in The Prince of Wales’s collection show Their Royal Highnesses wearing the regimental dress uniform of the Household Cavalry (the ‘Blues and Royals’). The oils usually hang at Highgrove, the private residence of The Prince of Wales and The Duchess of Cornwall.

A previously unseen sketch in pencil on paper by Bryan Organ (b.1935) for the portrait HRH The Duke of Edinburgh, 1983, in the National Portrait Gallery is also on display. In the finished portrait His Royal Highness is depicted at three-quarter-length, seated against a panelled interior.

The advice is to explore the exhibition like a souk or bazaar. There are no glass cabinets and no labels (there is a Display Guide leaflet available in the room) and it’s just delightful! The room is lighter (notice the clever tiny spotlights above), brighter (even though all of the natural light has been blocked off), and the air-conditioning here makes it cooler so you feel more awake.

Here’s some timelapse footage of the installation of the Prince & Patron exhibition in the Ball Supper Room.

As well as the walls of artworks there are side tables with trinkets and personal photos. I’d have to say this is one of the best special exhibitions I’ve seen at Buckingham Palace as it is just so refreshing. It’s certainly not a ‘British only’ exhibition as the worldwide cultural influences can be seen throughout. I noticed everyone was smiling at the exhibition so it wasn’t just me who was happily impressed. 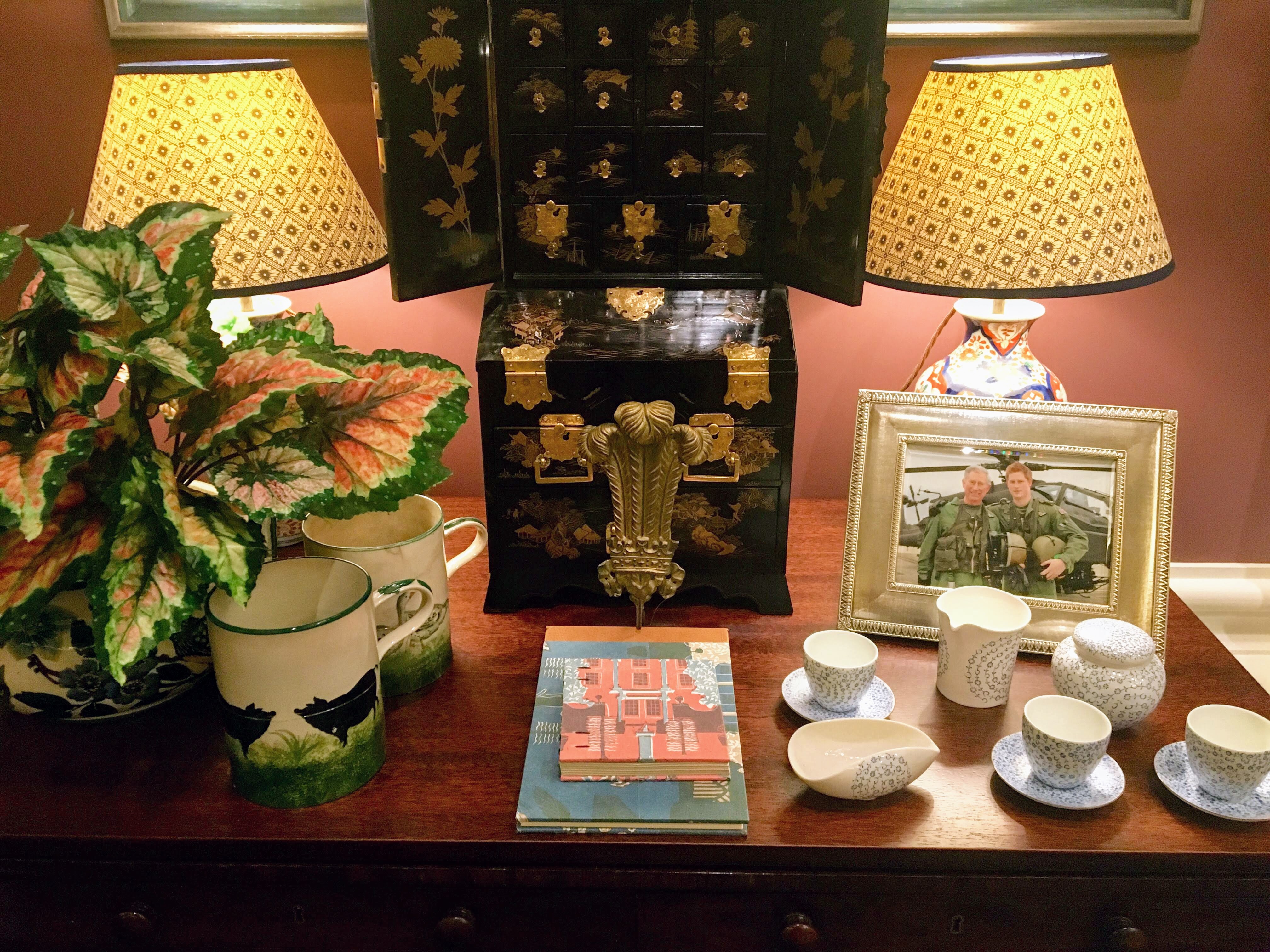 Last year, the special exhibition had objects in lots of rooms to try and reduce the crowding in the Ball Supper Room but this year we’re back to having everything in one room. Hopefully, the room won’t get overcrowded though as there is no route to follow and you can criss-cross the room as you notice something of interest.

Here’s a quick video of the room as I arrived. (Do note, photos and videos are not usually allowed which is why I was keen to get this for you at the preview event.)

Tickets include a free multimedia guide and there’s a family version too for younger visitors. I like the children’s guide as it includes lots of facts along the way. Did you know stale bread was used to clean the crystal chandeliers? Or that there are 40,000 light bulbs at the Palace? Yep, the kids get the quirky stuff on their guide.

Even before you enter the main building of the Palace you get to see the Quadrangle. The State Rooms are in the oldest part of the building and the section you look across at is the 1840 extension, built for Queen Victoria’s growing family (she had nine children).

You can look through the archways and see the people outside the Palace gates.

After you climb the Grand Staircase and reach the main floor of the State Rooms my best advice is not to rush. Luxuriate in the high ceilings, tall doors and gold everywhere. This really is a spectacular building. I spent this visit looking at the faces (human and animal) on the furniture and decorations. Once you start looking they are absolutely everywhere!

There is more seating this year so do take my advice not to rush through. Sit down in the 47 metre-long Picture Gallery that is filled with paintings from the Royal Collection. There are famous paintings by Titian, Rembrandt, Canaletto, Vermeer and more so take your time to enjoy them.

I learned from the family guide that the carpet here is only about ten years old and is the first modern carpet in the Palace. It was designed by Amber Khokhar who studied at the Prince of Wales School of Traditional Arts.

After the special exhibition you reach the largest State Room, the ballroom. This year it’s a very quiet room with lots of bench seating but not much to see. There are three videos to watch about The Royal Drawing School, The Prince’s Foundation School of Traditional Arts and Turquoise Mountain and that’s it. But, again, don’t be keen to leave. Take a seat and imagine being at a state banquet. Notice the organ and the balcony for musicians. And did you know 72 buses would fit inside the ballroom?

In the State Dining Room do look at the edge of the room to see the detailed wooden floor pattern which is echoed in the carpet that’s used to protect the flooring during the summer months with so many visitors.

The dining table may look quite plain this year but it’s interesting to note it’s eighteenth-century mahogany and can seat up to 70 people when extended to 66 feet long. That’s as long as a cricket pitch!

You’ll pass through the Music Room, where Elton John and Gary Barlow have performed, before reaching the White Drawing Room where you have to find the secret door.

From here, it’s down the stairs, through the Marble Hall and out to the garden.

Once you have handed-in your multimedia guide, turn right to go to the cafe on the terrace and enjoy tea and cake overlooking the palace gardens (one of my favourite treats each year). 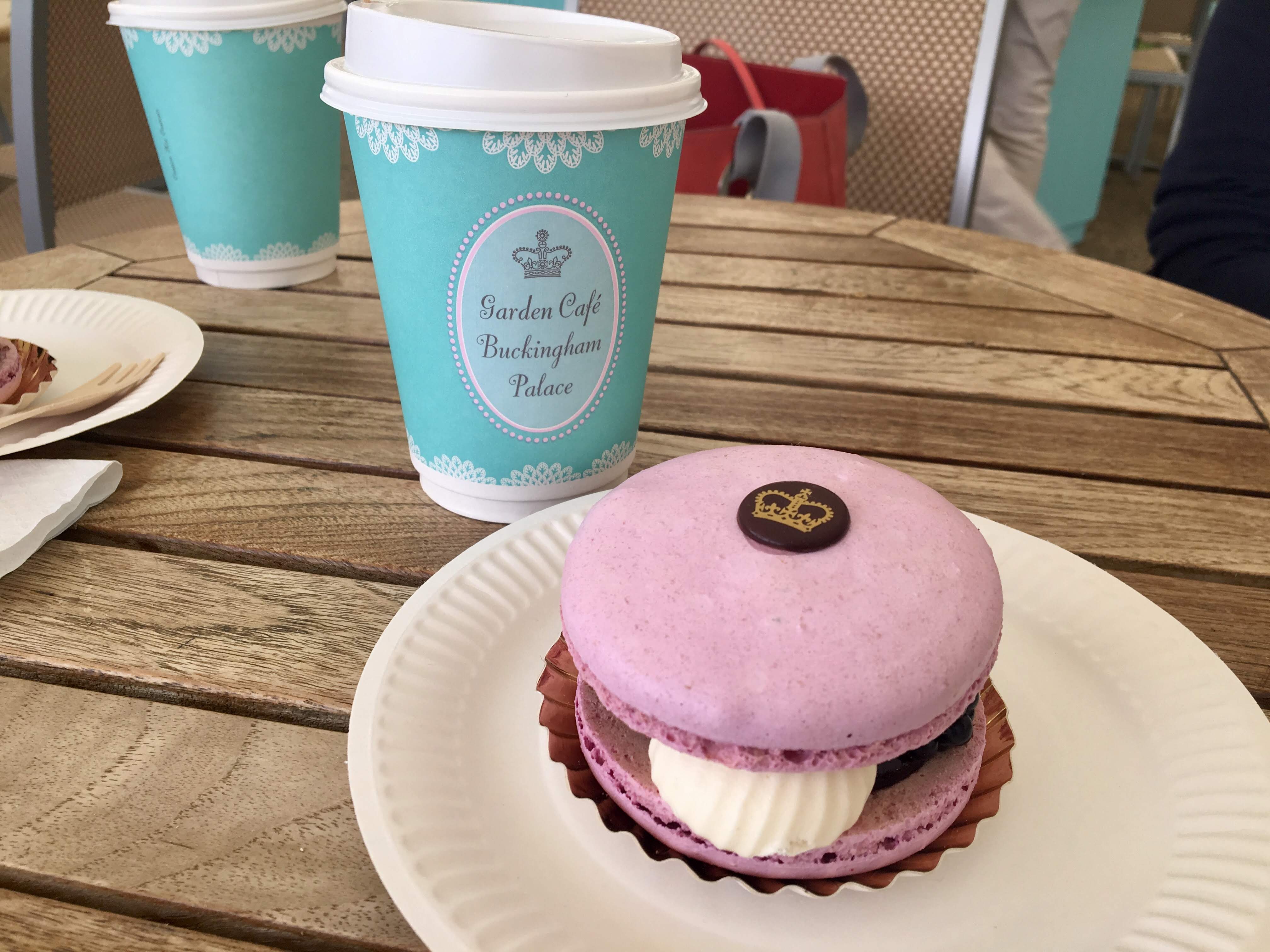 On the other side of the terrace is the Family Pavilion with activities to entertain little people. There’s dressing up and photo opportunities, colouring, games on the walls, etc. It’s definitely worth a visit.

Then head over to the large gift shop in the garden (it’s much bigger than the other Palace gift shops in the area) before strolling along the path through the gardens to exit on Grosvenor Gardens. (It’s always such a shame we have to exit onto a busy, dirty road but just keep reminding yourself you’ve been inside Buckingham Palace and you won’t mind too much.)

Your ticket becomes a 1-year pass when you get it stamped at the exit (end of the garden path). Then you can return throughout the season and for the following year too.