Since the Victorian period, the British government and local councils have taken it upon themselves to ensure that housing was provided to the working classes.  Part of this was out of concern for the health of lower-income persons who were often packed into slums as well as being a progressive step toward municipal planning.  In the wake of destruction caused by the London Blitz, many new housing estates popped up sporting a Brutalist design that became popular in the post-war period.  Today London is home to over a dozen housing estates, some of which are iconic buildings in the city.  We’ve identified our top ten favorite housing estates in London, and you can let us know your favorites in the comments. 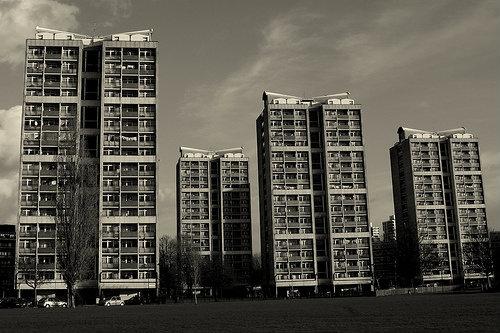 Located in Southwark, the Brandon Estate was built in 1958 to bring life back to the south side of the Thames that was full of “dingy 19th Century terrace houses interspersed with bomb sites”.  The estate comprised a series of six towers, bungalows for older residents, and family homes all done in a modernist style.  Today, the estate is most known for its appearance on Doctor Who where it doubled for the Powell Estate, home to Rose Tyler, her mum Jackie, and her boyfriend Mickey. 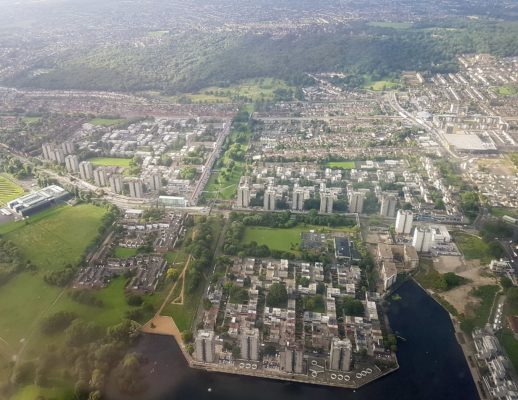 When Thamesmead was built in the 1960s, it transformed mostly marshland along the river into one of the largest housing estates in London.  Developers felt that some of the problems caused on other estates were the product of working families being more insulated from each other than they had in terraced housing, so the new scheme was enacted to help more extended families move to Thamesmead.  It’s also said that the estate had one of the most stringent requirements for assignment so as to cut down on crime.  The estate was created with more pedestrian pathways in mind to make it easier for residents to get around and like the Brandon Estate, it has its share of media fame as the primary location for Stanley Kubrick’s adaptation of A Clockwork Orange. 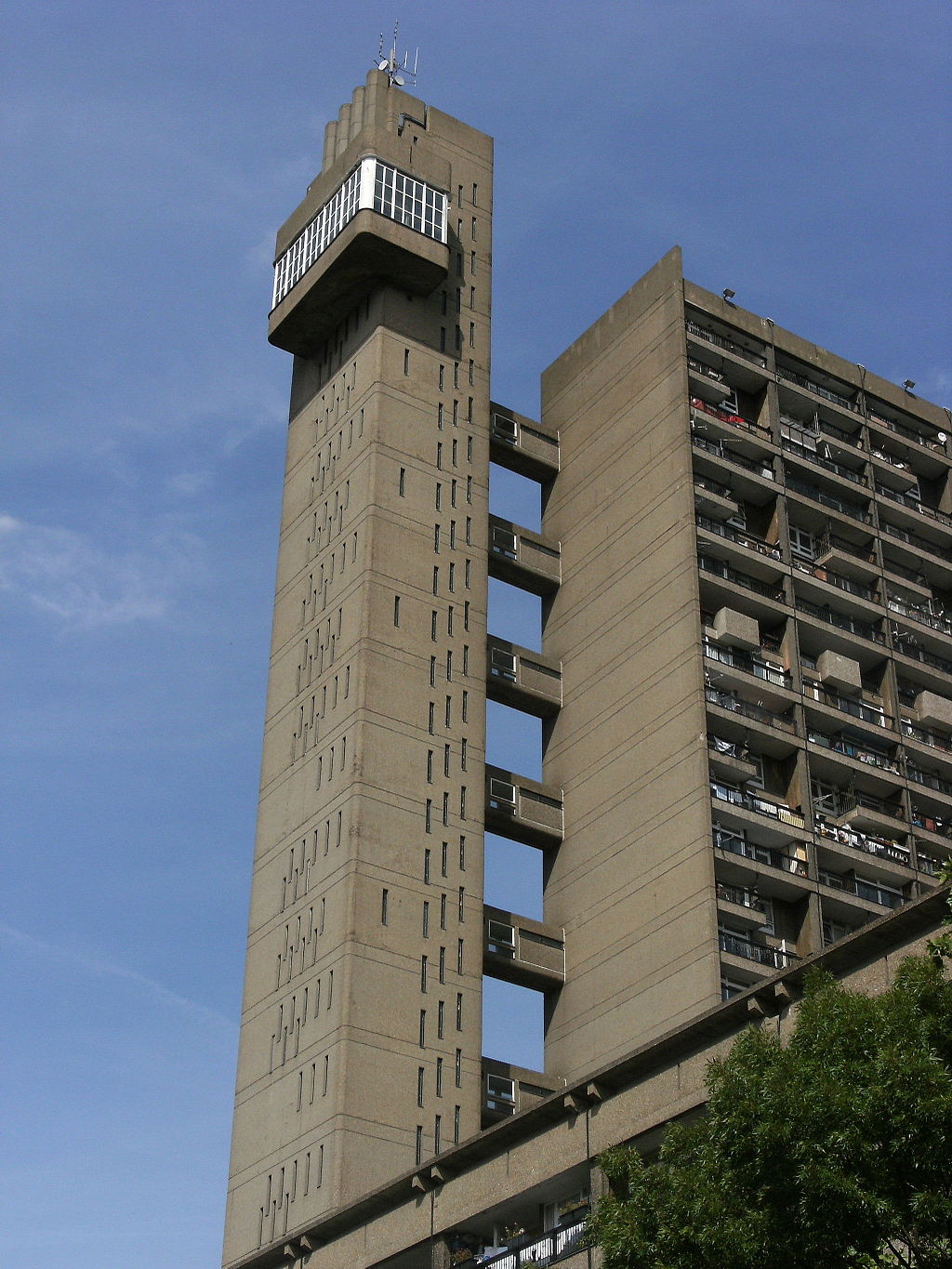 One of the city’s housing estates that is Grade II listed, Trellick Tower opened in 1972 and was based on the Brutalist designs of Eno Goldfinger.  It was one of the last high-rise housing estates built as similar designs were falling out of favor with the newly-created Greater London Council, the London County Council’s successor.  Once a haven for criminal behavior, the institution of a “right to buy” program led to many residents renovating their flats and reviving the tower as a whole. 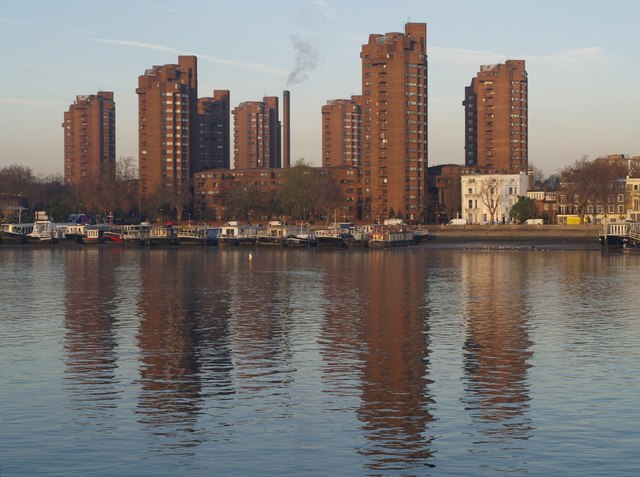 Seven twenty-story towers comprise the World’s End Estate which has one of the most enviable views in London, one that includes the Royal Albert Hall and BT Tower.  Another Victorian slum converted into a housing estate, it was constructed during the 1960s, and its shops ended up becoming a rather trendy area for young people of the period.  The estate has since fallen on some harder times and is treated b some as an example of the wealth disparity that exists between the residents of the estate and the rest of Chelsea. 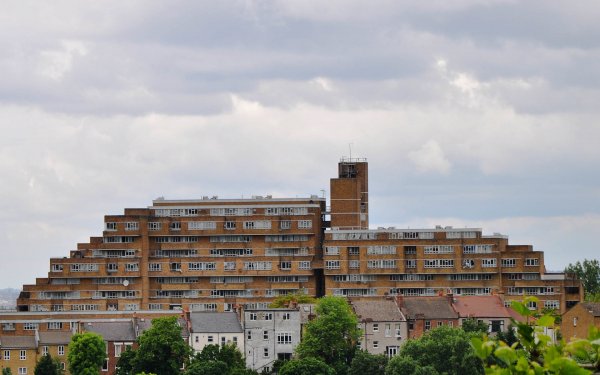 Built from 1968 to 1972 by then-twenty-six-year old Kate Macintosh, Dawson’s Heights Estates certainly has its fans.  Still following the Brutalist architecture of the many housing estates going up at the time, Macintosh studied them all in order how to make her own design different.  This led her to design two blocks located around a central public space with a tiered structure rather than the ugly block towers that seemed to define the other estates.  The end result was a much more picturesque Brutalist structure that stands out in the London skyline. 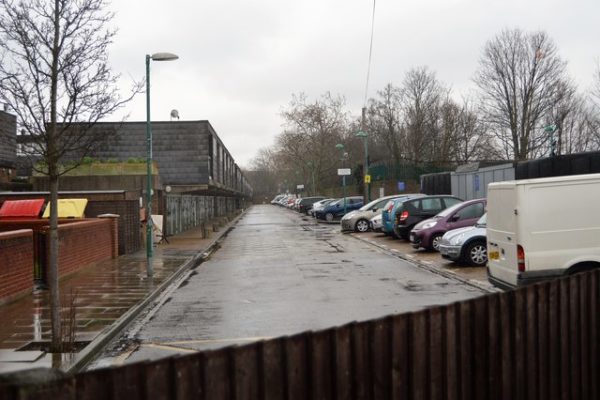 Located not too far from the Brixton Windmill, the Blenheim Garden Estates were built from 1972 to 1974 and is full of low-rise homes with brick and shingles that look cozier and inviting that most other Brutalist housing structures.  With lovely homes that are “warm and efficient” and in a neighborhood such as Brixton Hill, it earns one of the higher points on the list. 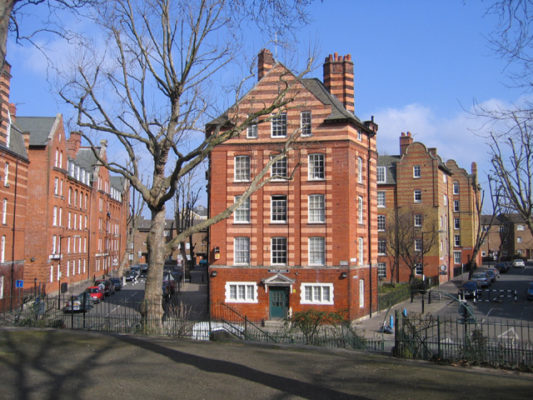 Not just the oldest housing estate in London, Boundary Estate is the oldest housing estate in the world, having opened in 1900.  Located in Shoreditch, construction began in 1890 following on the heels of the Housing for the Working Classes Act.  A product of its time, the estate’s design is more Victorian in nature than the Brutalist structures that came later and includes lovely public spaces such as the estate’s bandstand. 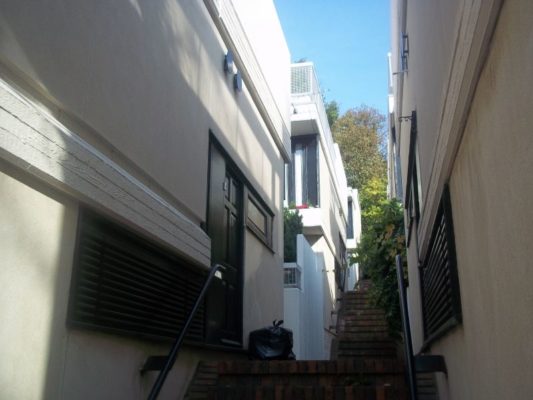 Located in Camden, you almost have to go looking hard for Branch Hill Estate as it’s surrounded by greenery.  The Camden Council formed in the 1960s and set about making its own contribution to the city’s housing estates, resulting in a more modernist two-story structures that really gave the feeling of homes rather than flats.  The tiered homes are crisscrossed with pedestrian walkways and greenery, making them unlike most of the other entries on this list.

And speaking of tiered estate homes with greenery, the Alexandria and Ainsworth Estate in Camden shows that Brutalist structures don’t necessarily mean raw equals ugly.  Neave Brown designed it in 1968 as a direct contrast to the high-rises that the LCC had preferred.  The terraced houses were replaced by high-density, multi-tiered Brutalist homes with sharp angles and today has a lot of greenery provided by the residents.  As with Thamesmead and Brandon, it’s achieved a degree of film fame as the home of Eggsy in the Kingsman film series.  It was also the first post-war housing estate to achieve Grade II listed status. 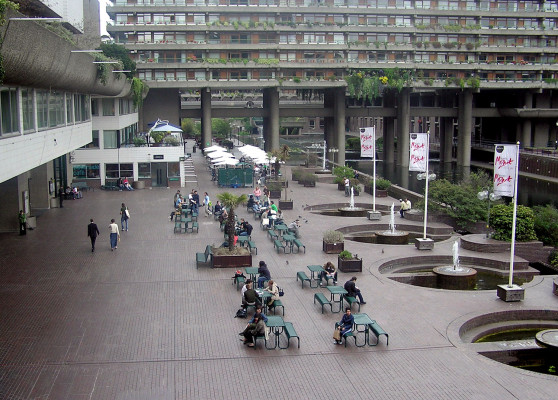 Perhaps the greatest example in the city, many housing estates are also multi-use developments, but none go so far as the Barbican.  It was built from the 1960s to 1980s to replace a section of London that was heavily bombed during the war.  The estate today contains several housing towers, residential terrace blocks, restaurants, stores, and the Barbican Center that includes the City of London School for Girls, the Museum of London, and the Guildhall School of Music and Drama.  It truly is the best example of what a housing estate can be.