As John Cleese famously said in the “Michaelangelo and the Pope” sketch from Monty Python’s Flying Circus, “I don’t know much about art, but I know what I like.”  Art can take many forms, some of which we may not quite understand.  Regardless of whether we “get it” or not, public art has been shown to improve the quality of life in a city’s residents.  London certainly has its fair share, including such famous pieces as the lions of Trafalgar Square and the Albert Memorial, though it also has its share of interesting, more modern, artwork.  Here are five of our favourite interesting sculptures in London.  Let us know some of your favourites in the comments.

Bullet from a Shooting Star 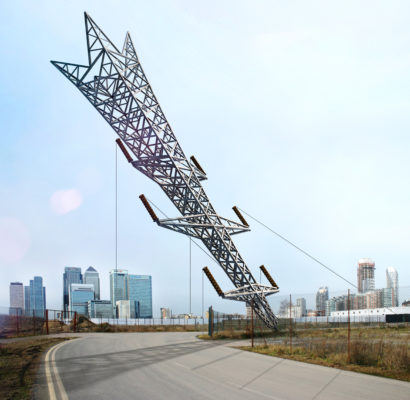 Installed in 2014 near the O2 Arena, this art sculpture looks like an electrical pylon tipped over or fell out of the sky.  It was created by British sculptor Alex Chinnick, who is known for taking everyday objects and giving them a surrealist makeover.  Chinnick chose this particular piece based on the area’s industrial past, which included steelworks as well as oil and natural gas refining.  The tower represents the abandonment of this type of industry on the peninsula in favor of new developments such as residential blocks and entertainment venues like the O2. 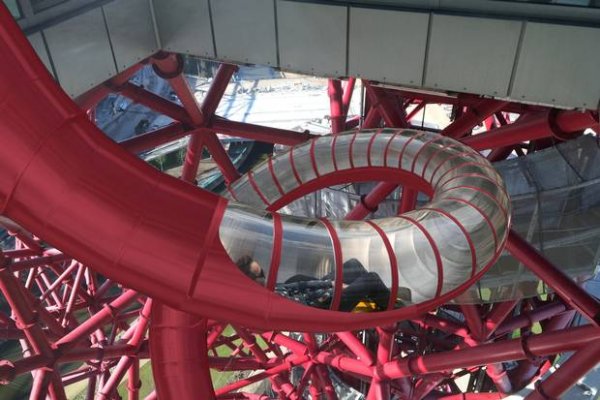 The Orbit is the largest functional sculpture in the city and was built in 2012 to celebrate London’s hosting of the 2012 Summer Olympics and Paralympics.  More than just a twisted steel sculpture in the middle of Queen Elizabeth Olympic Park, it also possesses an observation tower and a slide for visitors to take back to the tower’s base.  Anish Kapoor and Cecil Balmond designed the Orbit, and by the time it was finished, the Orbit was 376 feet tall, surpassing “Aspire” in Nottingham to become the tallest piece of public art in the UK. 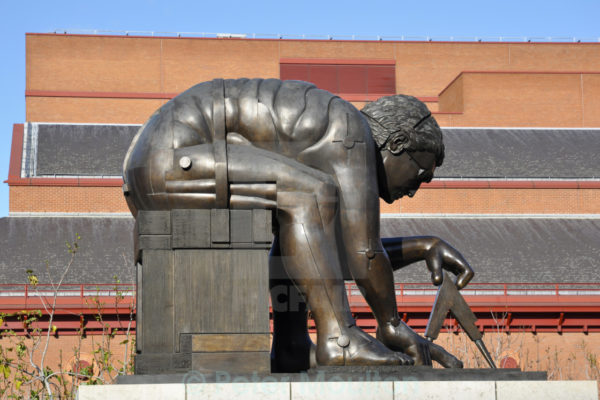 Erected in 1995 at the British Library by designer Eduardo Paolozzi, it doesn’t resemble Isaac Newton much physically, but it certainly represents the science and learning that was at the heart of Newton’s pursuits.  The sculpture is based on a painting of Newton by William Blake, complete with the compass he is using to make drawings on a map.  Interestingly, Blake was quite a critic of Newton’s rationalism, so the painting comes out as a rather interesting mixture of art and science.  Paolozzi took this one step further by giving Newton a more industrial feel, bringing the scientist into the modern era, which certainly seems appropriate for a library setting. 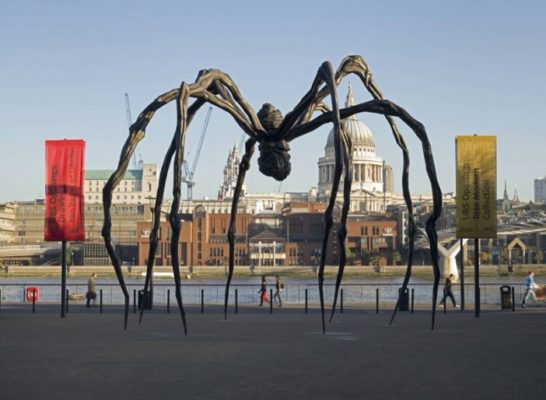 Based on another sculpture within that was within the Tate Modern and acquired by the museum in 2008, this spidery sculpture by Louise Bourgeois is one of the world’s largest at 30 feet high and 33 feet wide.  The brass piece builds off of Bourgeois’s earlier works such as “Spider” and the lessons learned from her mother about spinning, weaving, nurturing, and protecting.  One of the more interesting aspects of the statue is the marble eggs contained in the spider’s sac.  It has been relocated temporarily to other museums around the world in its history but has been a permanent fixture at the Tate Modern for nearly ten years. 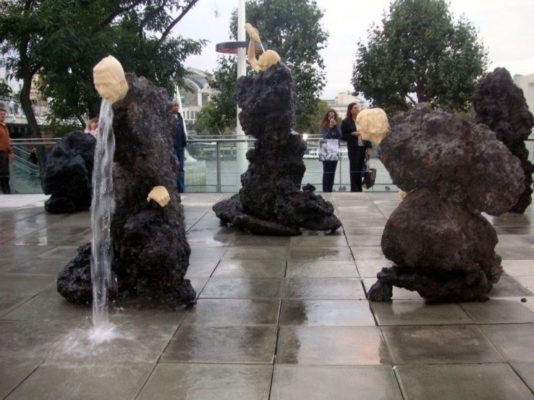 So named because the fountain head is an actual sculpture of a head with water pouring out of the mouth.  Located in South Bank at the end of the Jubilee footbridge, it has a metamorphic rock body and stone head.  Klaus Weber, the installation’s designer, calls it “The Big Giving,” though what exactly it gives is anyone’s guess.  The set of three sculptures also includes one pouring a bottle of water over its head and another that appears to be using the bathroom.  The installation’s meaning seems to only make sense to its artist and is apparently lost on most everyone else who sees it.