You are here: Home / Columns / Dispatches from London: My London Bucket List of Things I Want to Do Before I Leave London 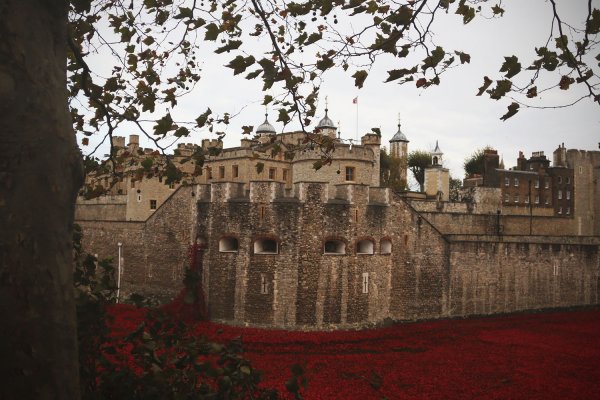 It’s closing in on two and a half months of my life in London, and it’s definitely been a whirlwind of new experiences and stories to tell. When Samuel Johnson said, “Why, Sir, you find no man, at all intellectual, who is willing to leave London. No, Sir, when a man is tired of London, he is tired of life; for there is in London all that life can afford,” he was right, and that was even back in 1777, without many of the things there are to do today. Although I’ve been to London three times previous to this journey, and how have had a few months to be back in my favorite city, there are still some things on my London bucket list that I need to complete before my time here is up (although I am hoping to obtain that much desired work visa so I can stay).

I fell in love with The Beatles as an 8th grader whose friends introduced me to their music and adorable messy haircuts. I became obsessed with them, bought all their albums, movies, anthologies and documentaries. I even did a class project on one of their concerts. Since being in London, I have been over to Abbey Road, but only alone, therefore was not able to take a photo on the crosswalk. I’ve heard London drivers hate us tourists getting in the way of this busy road, but I’d love to get a group of four or five people together so I can go back and take a photo here, to appease my 10-year love of The Beatles.

I’ve been to a few different church services in different cathedrals around England and Europe, but I have not yet been inside of Westminster Abbey. Because I am cheap, I don’t want to pay the entry fee to go in during the day. But I would love to go for an Evensong service sometime soon, because not only will I be able to see the inside of the church, I’ll get to hear some beautiful, haunting music. St. Paul’s Cathedral has these services as well, so I’ll have to try to get over there sometime.

Eat fish and chips from a newspaper

I’m not sure if there are even any shops in London that do this anymore, but I’m very keen to eat fish and chips from a newspaper at some point this year. I know most newspapers have dangerous chemicals in them, which makes this not an easy feat to find, but I’m sure with enough Googling and asking locals, I’ll find a place to go. I’ve already had fish and chips too many times to count, but I’d like to get back to the roots of this food and find a street vendor. If I can’t find one, then I’ll make it myself.

Hidden away near Piccadilly Circus is the first ever red telephone box. A couple years ago, I sought this out as one of my bucket list items. I did in fact find it, the only problem was, I had no one to call! I’d like to go back and use one of the UK phone numbers I’ve collected in the past few months, and make a call, just for fun. There’s no reason for this other than to be able to say I did it. These phone boxes are hardly ever in use any longer, so for nostalgia’s sake, I’d like to at least attempt to make a call, and what better one to do it from than the first?

Watch Shakespeare in the park (and at The Globe)

In 2010, I was in a production of “As You Like It,” on a stage in the middle of the woods. I think Shakespeare bodes well for outdoor performance, since sets need only be minimal. I really hope I will be able to enjoy some Shakespeare outdoors in London (or anywhere in England for that matter), next spring or summer, when the weather allows for it. I know there’s some great venues for this around the city, and hope to perhaps catch some fringe performances as well. I think watching Shakespeare in the country which it was created in is always such a delight, and there’s just something so romantic about the thought of watching it in a park or outdoor amphitheater. I also need to get over to The Globe Theatre soon, as that’s another venue I’d love to watch some of the bard’s work in.

I can’t believe I’ve been to England this many times (and now live here), and I haven’t had a proper afternoon tea yet. Other than it being a slightly expensive activity (compared to just brewing a cup at home for free), it’s something that is extremely English to do, and seems like a natural thing for me to take part of. There’s plenty of lovely tea shops around London (as well as one that has cats to accompany you), so I’ll need to chose one, and find a friend willing to join me for tea, cakes and tiny sandwiches. I won’t think of myself as a proper Londoner until I’ve done this ritual at least once.

What are some other not so well known London bucket list items I should experience?