You are here: Home / Columns / Dispatches from London: What I’ve Learned from Three Months of Expat Life in London 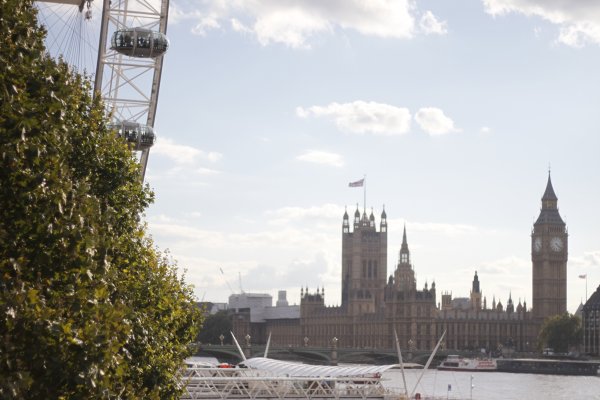 Being stationed in London for the past three months has been the most amazing experience of my life. I’ve gotten to do and be involved with more things in these 90 days, than I have in my 23 years of living. This is because London grants these opportunities and provides everything I need to keep me busy amidst my studies. As I come to learn more and more about London, I also learn about myself and my perceptions of the city. Not everything is how I would’ve imagined it to be. Some things are better, and some things are worse. While three months is not much time at all, it has started to seem like a lifetime. The following things are the observations I’ve noticed in my time here so far.

I prefer the bus to the Tube

In my previous trips to London, I was so enamored by the Tube that I didn’t even give the buses a chance. After all, having come from a small town with no underground transportation, it was exciting to me to be able to travel this way. But after being here for only a few days, I started to realized how hot the Tube was; something I failed to remember from my other trips. I also began to realize that being shoved into a metal tube with a bunch of unpleased commuters wasn’t that fun either. I started taking the bus more, and instantly fell in love. Yes, the bus takes much longer and can get stuck in traffic, but it’s so lovely to get onto one, climb to the top, and get to see London from a higher view. I’d take a 50 minute bus ride where I can see the city over a Tube ride any day now.

My campus is right in the middle of the shopping district on Regent Street, near Oxford Street and Piccadilly Circus. This means that between the hours of 5-10pm, the sidewalks are filled with shoppers and it’s stressful to navigate. I’ve learned to avoid shopping between those hours, although two of my classes run into that time, which means when I leave campus, I am overtaken by thousands of people traveling between H&M and the Tube station. I’ll stick to shopping in the day, thank you very much. I also don’t want to add to the madness of the commuting times, so I avoid taking the Tube in the morning, and after work. This means one less person to add to the madness of rush hour. I also live near Victoria Station, which I try to avoid around busy times as well, since it becomes a struggle to even get through there.

There are places outside Central London

Other than my trips to cities outside of London, and my last month of traveling around Europe every weekend, I’ve pretty much stayed in Central London. The City and Westminster are where I’ve hung out the most. Occasionally I try to go to Camden, Shoreditch or Hackney, but I’ve stayed very central. A couple weeks ago, I needed to get my hair redone, and I had to leave zone 1 and go into zone 2, a part of London I hadn’t really gone to yet. This took me out of my comfort zone and showed me that there is so much more to London than what’s near the Thames. Of course, I knew this already, but now that I’ve gotten to see a bit of Brixton, Finsbury Park, Bethnal Green and other places, I know there are quirky parts of London I need to spend more time in.

I actually miss some things about America

Around this time of the year, I need my eggnog to feel happy. Thankfully Starbucks in the UK carries it, but otherwise, it’s hard to find. I miss the ease of knowing how much I’m paying for something without converting it in my head and then wanting to die from how expensive it is. As an American, all my accounts and online stuff is automatically set to the US, so when I have to switch everything over to UK-based information, it becomes a hassle at times. I always feel bad when I can’t understand an accent and have to ask for the person to repeat what they’ve said. I really miss being familiar with place names or not having to wait for appropriate time to Skype my family and friends who live 8 hours behind. I’m adjusting, but being an expat can get stressful.

And other things I don’t miss

With Thanksgiving not celebrated in the UK, at this time of year, us American expats can get a bit glum as we either give up the turkey or attempt to make our own feast. It’s certainly not like England is devoid of frozen turkeys, homemade stuffing or mashed potatoes, so it’s possible to partake in the festivities abroad. Missing Thanksgiving isn’t the worst thing in the world over here, because we don’t get any days off to celebrate it anyways, so it just becomes another day of the year. I’m okay with not having certain foods I’m used to, because it forces me to try something new. I don’t miss certain aspects of the American existance that seem to add more stress to life, rather than enrich it. I like this nomadic, expatriate lifestyle and the openness and educational experiences it’s brought to my life that I didn’t have before at home.